Renato Moicano: ‘I Am The Guy To Beat Max Holloway’ 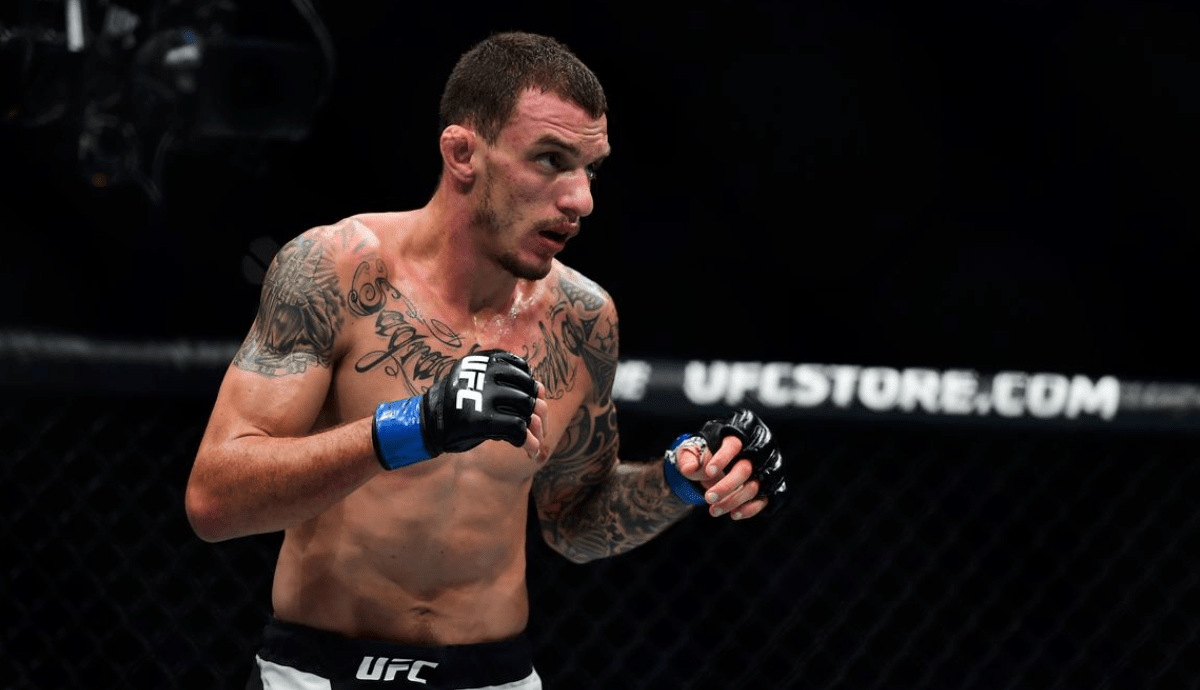 Renato Moicano has become a real fan favourite in the UFC featherweight division, winning five of his six fights. His only loss, coming by way of a submission loss to Brian Ortega. In his last outing, he beat Cub Swanson via a rear naked choke in the first round. The win earned him an exciting contest with fellow Brazilian, Jose Aldo at UFC Fortaleza, Brazil.

Ahead of the co-main event on February 2nd, Moicano spoke to MMA Junkie.

“People have to remember that Aldo isn’t just any opponent. He’s a legend, a champion. He’s a guy whom I highly respect, a great opponent and I’m thinking only about beating him on February 2nd. What happens later, happens later. Right now I’m focused, training like I’ve never trained before. Really dedicating myself for this opportunity.

“I’m preparing for the best possible Aldo. On the fight against [Jeremy] Stephens, I thought he was looking good … I think he still has a lot of power in his strikes, he’s very much alive in the fight. So, really, I’m prepared for a war.”

The Brazilian wants to test himself against the best. And he knows Max Holloway is just that.

“What seems to be is that Holloway is a guy who’s way up there. With the performance over Ortega, it’s undeniable that the only guy who beat Jose Aldo, outside of [Conor] McGregor, is a guy who’s soaring, with impressive performances. We saw many people praising his display over Ortega. I was there and it was a beatdown. Against a guy who everyone knows is tough, who knocked out Frankie Edgar and who was coming off several wins. And Max Holloway really dominated him.

“This fight, I am sure that it will determine who will fight for the belt and I’m sure it will be me.”

Not only is Moicano confident of beating Aldo, he’s confident that he’s the guy to beat the champion.

“But I’m 100 percent certain that I will be the hardest fight for him in the division and I that have very good chances of winning against him. For the fact that I also have the grappling – he doesn’t use jiu-jitsu a lot, he’s been submitted before. And I am certain that I can do an excellent fight.

“It’s a fight that I, like it or not, have prepared for my whole life. When I started MMA, before I even started it, Aldo was already the champion. And I always wanted to be a champion. So I remember people saying, ‘Oh, you’re fighting MMA, but which division?’ and I said, ‘In Aldo’s division.’ I already knew it. And I wanted it. I always wanted to fight the best.

“For me, this has been the fulfillment of a dream, really, being at the same level as Aldo. I am certain that I will get there on February 2nd very well-prepared and I will give it my best. I know I’m a very good athlete, too. I know I have what it takes to beat him. And that’s what you can expect there: A very well-prepared Renato Moicano, looking for the win from start to finish.”