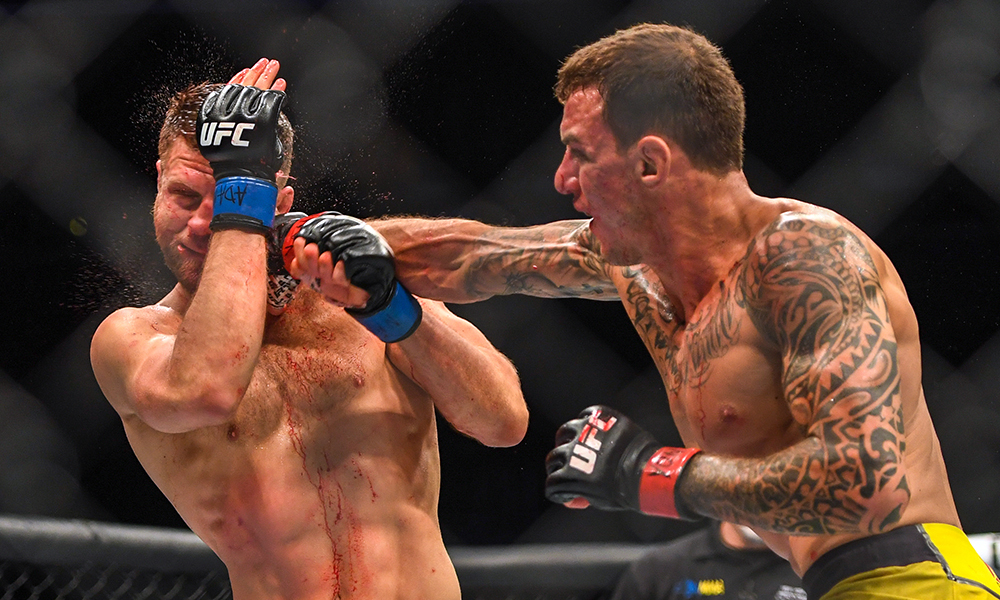 Jose Aldo was supposed to fight Alexander Volkanovski at UFC 237, but as previously reported, his current status is up in the air. Aldo had to be hospitalized due to bacterial infection, and in a recent interview, the former UFC Featherweight Champion revealed that he is trying to get back to 100% for his fight.

In case Jose is unable to recuperate in time, Renato Moicano (13-2-1 MMA, 5-2 UFC) has revealed that he would be happy to step in and replace the former champion. Moicano suffered a loss at the hands of Jose in his last fight, and said that his inexperience cost him the fight.

“For me it was my first big fight and I have to learn how to – I have to learn from some mistakes”, Moicano told MMA Junkie. “I have to be more focused on the fight, not on the media and that stuff. But it was a great experience for me and I think I did a mistake in the second round. Too much confidence.

“When the first round ended I feel like I just won the fight. I’m like, ‘Man, this is going to be my fight.’ After that I ended in the cage too relaxed and I tried and a knee and he caught me with a left hand and that’s it. But I’m good and I try to get to get it.”

Renato Moicano also said that he is waiting for a phone call from the UFC, to see if a replacement would be needed for Aldo. If Jose manages to fight at UFC 237 however, Moicano said he’d want either Ortega or Zabit next.