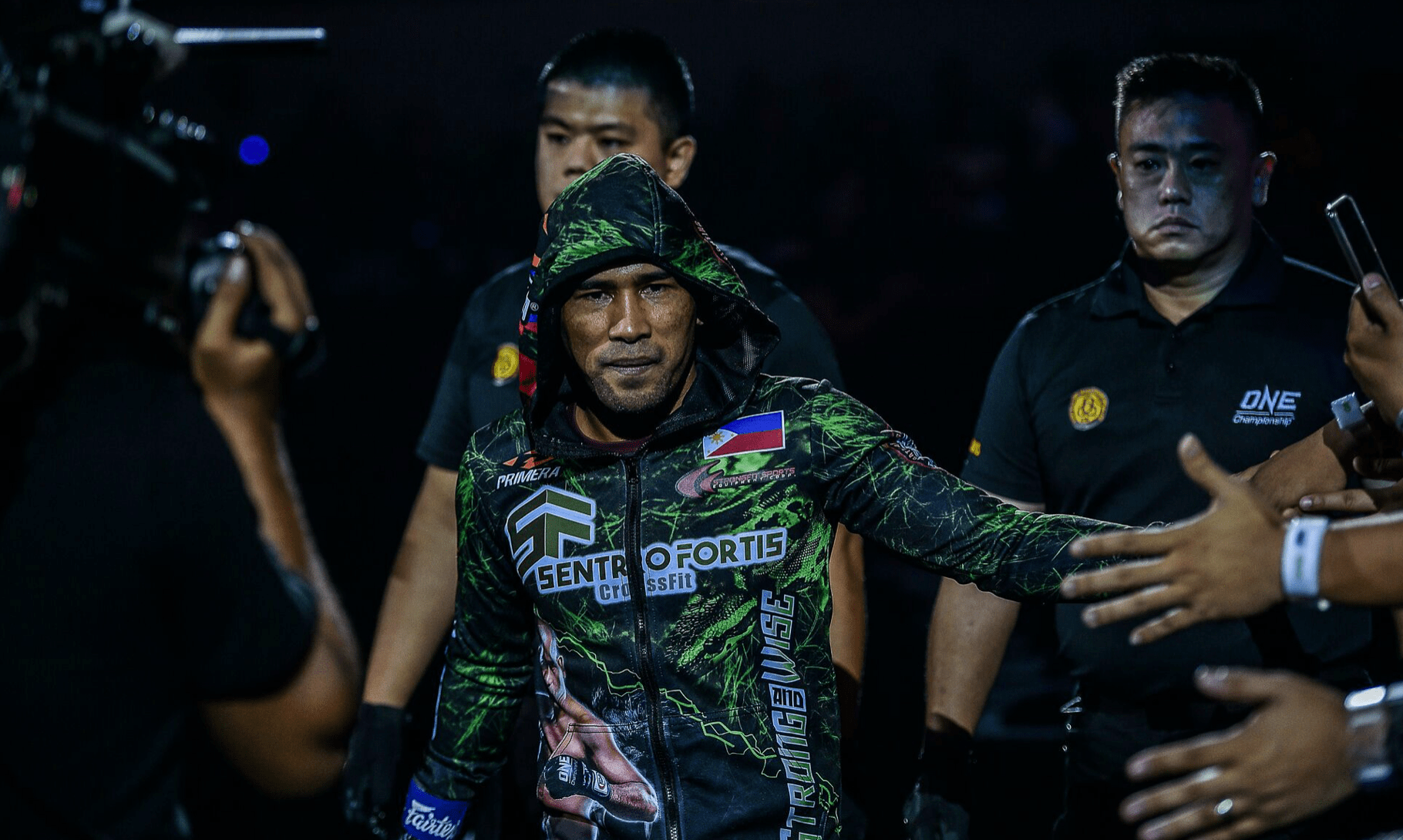 Despite absorbing only the second defeat in his professional mixed martial arts career, at the hands of fellow Filipino Joshua Pacio at ONE: Masters of Fate, Rene Catalan remains optimistic about the experienced he had competing against the champion.

In the post bout press conference, Catalan opened up about how his game plan going into the main event this past Friday was to take Team Lakay’s Pacio down to the ground, and explained how Joshua managed to avoid tapping from his submission attempts in the first round.

“Actually it’s my game plan because he’s strong and he’s well-prepared. I tried to make him to tap out through heel hook ’cause that is my one of my [submission that] I practice every time.. ‘Cause I know that even though he’s well-prepared, he’s strong [and] strong upper body, I know that the heel is not too strong that is why my game plan is to make him tap through heel hook. But he is the champion, he has the pride of a champion that is why he didn’t tap. But I know he will rest for almost three months because his heel is already broke.”

The head of Catalan Fighting System (CFS) had some silver linings from the defeat, which he plans to use to enhance not only his own skills but also his team.

“For me, I learned a good experience because I know that they are strong, and I will use it to my team, to make my team elevate their MMA skills to prepare for our next match in ONE Championship.”

The ‘Challenger’ reiterated his all out respect and adoration to the Igorot warriors, which he hopes to do the same with his own team some day.

“Last August 2, I declined the invitation to face him, even though they said that I was the number one contender and the next to challenge Pacio, because I don’t want to fight against my fellow Filipino. The bashing to me and my team was the one who triggered it, even if we didn’t say anything against Team Lakay. I salute to them because they became [one of the] best teams in Asia. I told my athletes to look at them and their foundation and not be jealous. Instead, we look at their blue print to achieve our dreams as well.”

Now, Catalan will switch all his focus to the this month’s Southeast Asian Games (SEA Games), which will be hosted by the Philippines, where he will be competing in two disciplines – Kickboxing and Sambo.

“Now the training [for the SEA games] is non-stop because I will be carrying the Philippine flag. We are proud with my brother Ruel Catalan, who will be competing in Kickboxing and one of my athletes, Patrick Manicad, who will also compete with me in Sambo. We are excited for this SEA Games.”

“I wasn’t disappointed with my loss. I did my game plan but they are strong, it’s a good experience for me and for my team to improve. Our goal for the SEA games is not just to compete for the Philippines, but we’ll compete in the SEA games to win a gold medal.”


ONE: Masters Of Fate highlights and post bout videos: