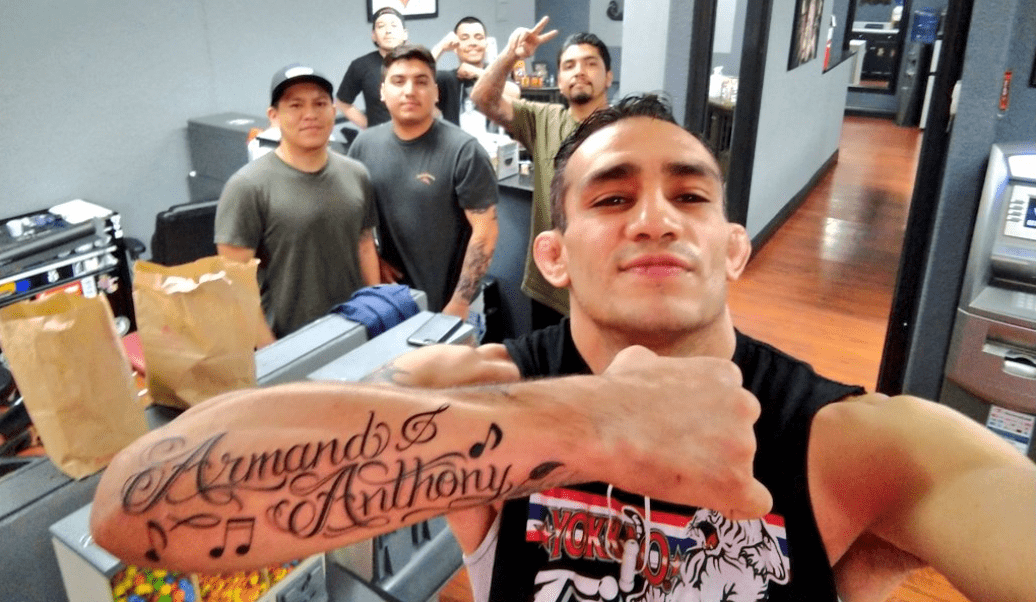 Last month, Cristina Ferguson, the wife of the former UFC interim lightweight champion Tony, filed a temporary restraining order against her husband, for her and their two year old son.

At the time of the request for a restraining order, Christina Ferguson made the following statement:

“Tony Ferguson is a good husband and good father to our son. The current legal proceedings are a part of a process to ensure that Tony will receive the help necessary to continue being the best possible, as well as to pursue his passion and career as a UFC champion fighter. All positive well wishes are sincerely appreciated and I hope our privacy will be respected.”

The hearing for the case at Orange County family court was scheduled for April 5th but that did not happen. MMA Fighting has reported that this was per Cristina Ferguson’s counsel’s request. The temporary restraining order has now expired.

Since the restraining order was requested on March 13th, Tony has remained active on social media, keeping his fans updated with his progress. From tweeting that the UFC and his Paradigm management team were helping him find the help that he needs, to posting a photo of him at a psychologists, to saying that he had passed his medical evaluations.

More recently, Tony has stepped up his trash talking, particularly towards the UFC lightweight champion Khabib Nurmagomedov, and Conor McGregor, and last week posted pictures of him with his son ArmandAnthony, at a baseball game.

In the last few hours, Tony has sent another tweet aimed at Khabib. With the sarcastic comment, “Pretty sure no one wants to see this fight”.

Tony last fought at UFC 229 last October, when he beat Anthony Pettis is one of the fights of the year. The win was the 35 year old’s eleventh straight win inside the Octagon.

Hopefully we won’t have to wait long to see Tony try and make that twelve straight wins. Last week UFC President Dana White, said that Tony would need to be assessed by the UFC, before allowing him to fight again. Although Tony responded by saying that he was offered a fight by the UFC, the previous week.

On paper, the only fights that make sense for ‘El Cucuy’ right now are Khabib, Dustin Poirier, McGregor, Justin Gaethje and the winner of next month’s Al Iaquinta vs ‘Cowboy’ Cerrone. With Khabib and Poirier expected to meet in Abu Dhabi in September and Tony’s stance that he will only accept “champ shit only”, it will be interesting to see who he will face next.

Who would you like to see Tony return against?