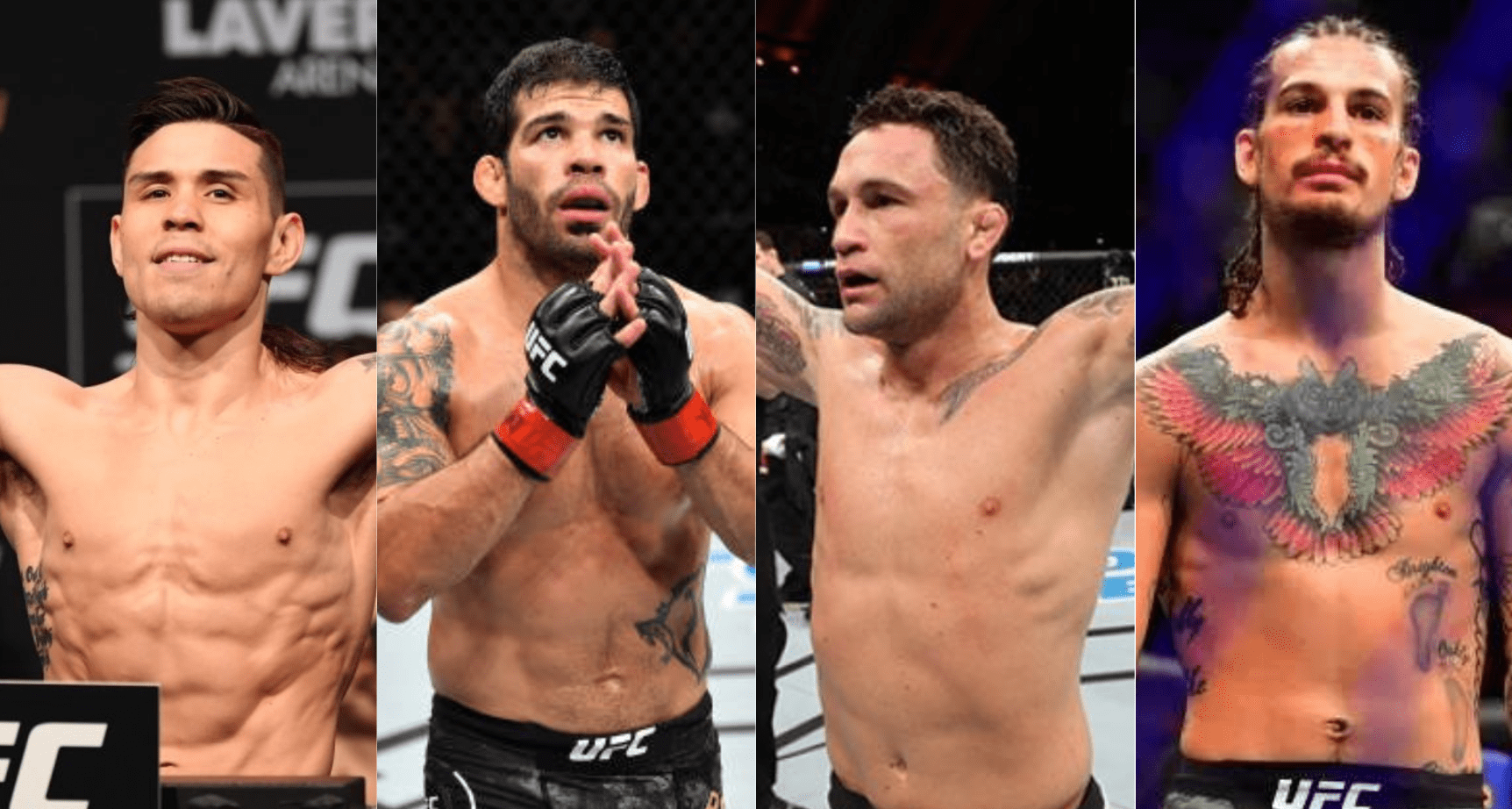 Fresh off his victory over Brian Kelleher at UFC 258 last month, Ricky Simon wants to get back inside the Octagon as soon as possible.

The pair were originally booked to fight at UFC Vegas 9 last September, but the fight was scrapped after one of Simon’s cornermen tested positive for COVID. They were again booked to fight at UFC Fight Island 7, but this time ‘Boom’ tested positive for COVID. The two eventually squared off at UFC 258, where the Washington native managed to win via unanimous decision.

In an interview with MMA Fighting, Simon said that he was happy to get past the Kelleher challenge.

“It does feel good to finally get past that one because we had been jawing for so long,” Simon said. “It felt like I was doing the same camp over and over getting ready for that fight, so I was definitely ready for a little bit of a switch-up.

“It was a false positive [for COVID-19] both times the fight was cancelled in our opinions. We got retested and there was never two in a row, and no one ever got sick. Part of [turning back around so quickly to fight Kelleher] was to get it done because I felt like I owed it to him and if I could get through this other fight unscathed, I was going to try and take that fight quick because that was a long layoff. I hadn’t fought since May and there was only one fight in 2020 so I wanted to keep the ball rolling.”

Simon’s fight with Kelleher was a one-off at featherweight, as he wants to return to bantamweight, ideally against a ranked opponent.

“I’m beating everyone outside of the rankings right now that they’ve put up against me, and some of the guys I’ve beat are ranked right now. I think I deserve a ranked opponent, unless they want to keep paying me to beat up these guys that aren’t bringing the attention to the fight.”

While he doesn’t mind getting paid to ‘beat up’ more unranked opponents, Simon has two top ten ranked opponents in mind, in Raphael Assuncao and Frankie Edgar.

“I really like the Assuncao fight, maybe beginning of the summer, that makes sense,” Simon said. “I don’t know if this fight makes as much sense, but I know Frankie Edgar is going to take some time off and heal up. When he’s ready, early summer right around then, that would be a good one, too.

“I’ve always looked up to Frankie. I’ve always watched him fight, and I even stole some of his setups, some of the stuff he does so. I mean, s***, give me another chance at a legend. I blew it the first time. S***, give me a second shot at it.”

After suffering his first loss in MMA against Marlon Vera at UFC 252, Sean O’Malley is set for his Octagon return against Thomas Almeida at UFC 260. Should the Brazilian pull out due to unforeseen circumstances, Simon said he would love to step in on short notice. However, he doesn’t think ‘Suga’ would accept a fight with him.

“You know O’Malley’s not taking that fight [with me],” Simon said. “I mean, I was surprised he took that ‘Chito’ (Vera) fight. I’m not a big gambler, but I saw how much a favourite O’Malley was and put some money down on my boy, because I was thinking this was not going to be good for O’Malley. I just think I’m the worst style for him – someone who is going to grind him out, wrestle, put him on his back, dropping crazy elbows on top of him. No. He doesn’t want that.

“Ask my manager how long I’ve been asking for that fight. He keeps telling me, ‘Ricky, they’re not going to give it to you. You can try all you want but O’Malley’s not taking that fight.’ That’s just my opinion. He could prove me wrong, and I’m always ready. I’m staying in shape and if anything happens to Almeida, I’ll be ready.”

Would you be interested in seeing Ricky Simon fight Raphael Assuncao, Frankie Edgar or Sean O’Malley?