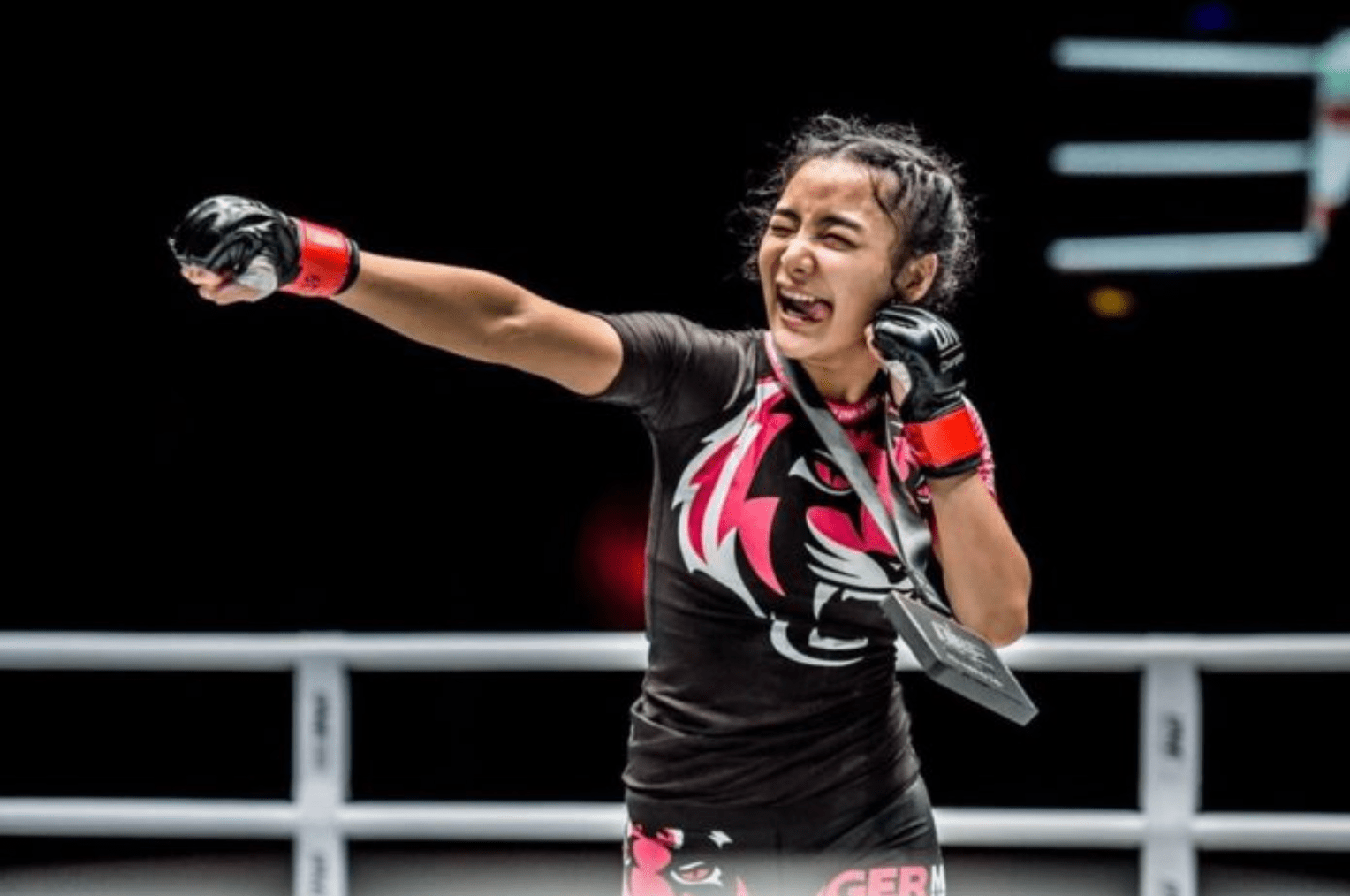 Fans of Rika ‘Tiny Doll’ Ishige can be sure of one thing when she returns to the ONE Circle: that she will be wearing a fantastic costume. However, who her opponent will be remains an open question, though the 31-year-old Thai superstar has a name in mind.

Addressing the matter of her future opponent, Rika named Indonesian fighter Priscilla Hertati Lumban Gaol as a potential match of interest. And ‘Thathi’ seems game. Though the two met and became friendly at the first ONE Elite Retreat in the Philippines two years ago, Ishige is ready to compete against her fellow atomweight, telling ONE Championship that their styles are complimentary and would make for a stellar fight.

“The first time we met, [Priscilla] came to me and said hello. She was really nice and kind. We got along so quickly. After that, whenever we see each other at ONE events, we always have a chat,” Ishige explained.

“Even though we are friends, it doesn’t mean that we can’t fight in the ring. I can separate between friendship and competition, and there isn’t any pressure for me. We are athletes and this is our job. I think it would be a fun and great fight, and a challenge both of us.”

Gaol, a striker, is a former Wushu World champion who certainly presents an interesting dynamic when matched up with Ishige, whose judo and aikido mastery have been the bane of many opponents. But the ever-humble and always-smiling Rika knows the fight would be a test of her merit as a martial artist.

“Priscilla has more experience in competition than me, especially in striking,” Ishige admitted. “She is a strong striker, and she keeps developing her ground game more and more. I still believe that I have a better ground game than her, and I think I can find the solution to take her down and submit her.”

But do not mistake ‘Tiny Doll’ for a one-trick pony. Rika has been hard at work tuning up her striking game and sharpening the tools in her toolbox.

“I have different game plans, both standing and on the ground. I prepare to use many techniques such as kicks, teeps, and takedowns,” she hinted.

“The ring affects me. If I fight in the ring and not in the Circle, there is always an obstacle to taking down an opponent or doing what I had originally planned. The ring or Circle makes a difference, and it can change the game.

“If I fight with Priscilla in the Circle, I have many techniques to win. If we fight in the ring and since she is a good striker, I have to find a solution by playing in the middle of the ring and not going to the corners or close to the ropes. Besides that, I don’t have anything to worry about fighting her.”

How do you see a fight between Rika Ishige and Priscilla Hertati Lumban Gaol playing out?