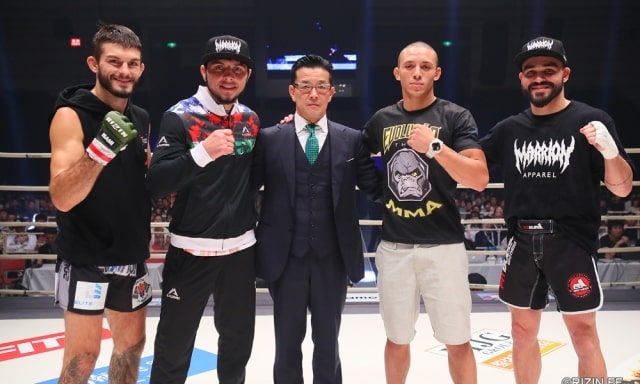 It was an action packed night inside the Saitama Super Arena, with RIZIN 19 seeing some incredible action. Bellator MMA’s Patricky “Pitbull” Freire won in dominant fashion, advancing in the RIZIN Lightweight GP, while Kai Asakura broke Sasaki’s jaw following vicious punches. In the main event, Jiri Prochazka defeated Fabio Maldonado by TKO in the first round, while the fan favourite Rena Kubota made quick work of her opponent, Alexandra Alvare (See the weigh in results here).

After winning their fights, Patricky Freire, Tofiq Musaev, Luiz Gustavo and Johnny Case all moved to the semi-finals of the RIZIN Lightweight GP. Here are the results from RIZIN 19.