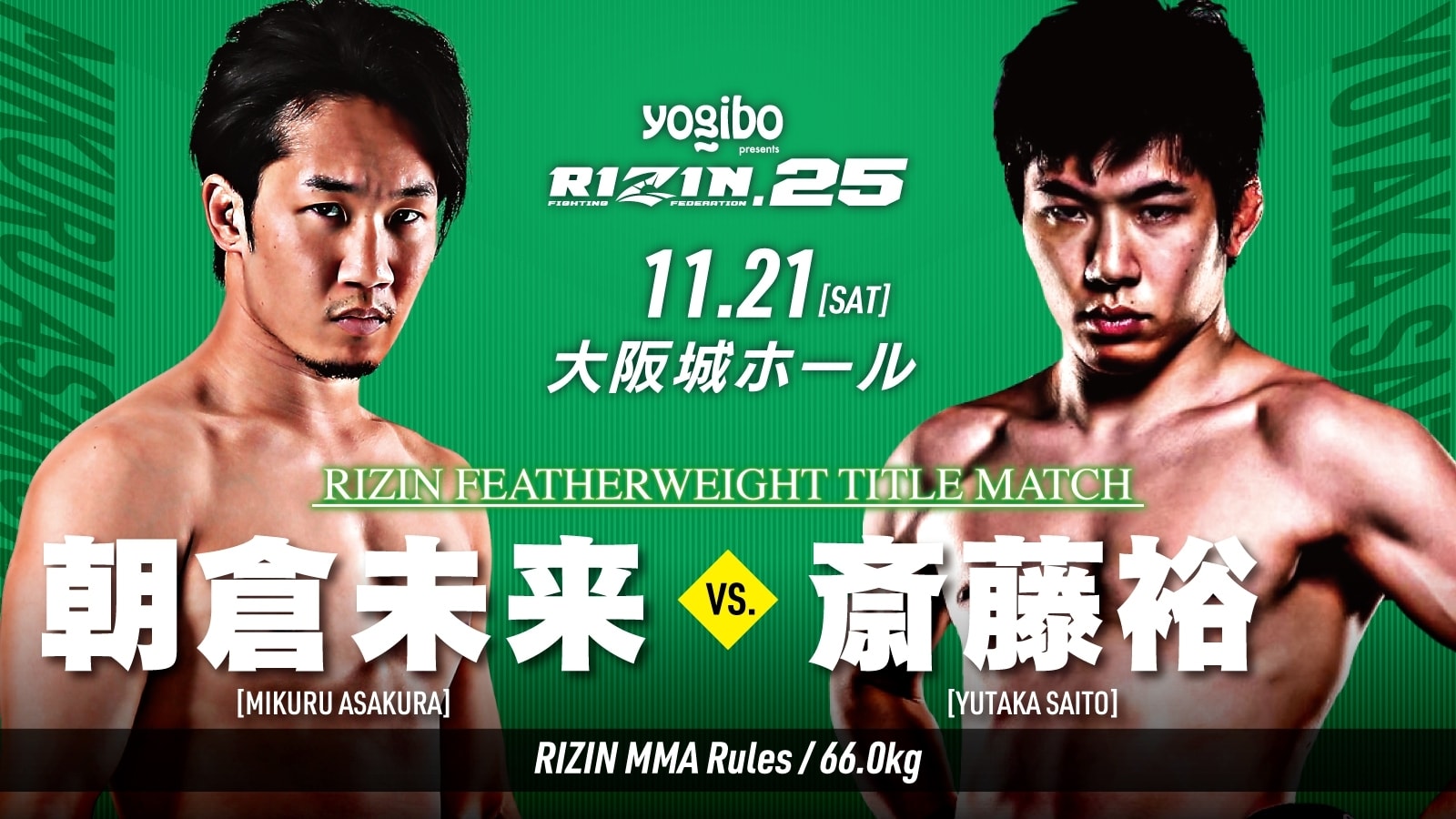 Eight weeks on from RIZIN 24, the promotion returned on Saturday at the Osaka-Jo Hall in Osaka, Japan with RIZIN 25. The ten fight card featured six MMA bouts and four kickboxing matchups. In the main event, Yutaka Saito caused an upset by edging Mikuru Asakura in a very close but deserved unanimous decision, to win the inaugural RIZIN featherweight title.

In the RIZIN 25 co-main event, Hiromasa Ogikubo beat Kenta Takizawa via unanimous decision in their pivotal bantamweight contest. Elsewhere on the card, MMA legend Kotetsu Boku lost to Rikuto Shirakawa via a third round TKO, courtesy of a soccer kick and some heavy puches, and then announced his retirement from the sport.

RIZIN FF returns on December 31st with RIZIN 26, which will the newly crowned bantamweight champion Kai Asakura defend his title against the former champion, Kyoji Horiguchi.