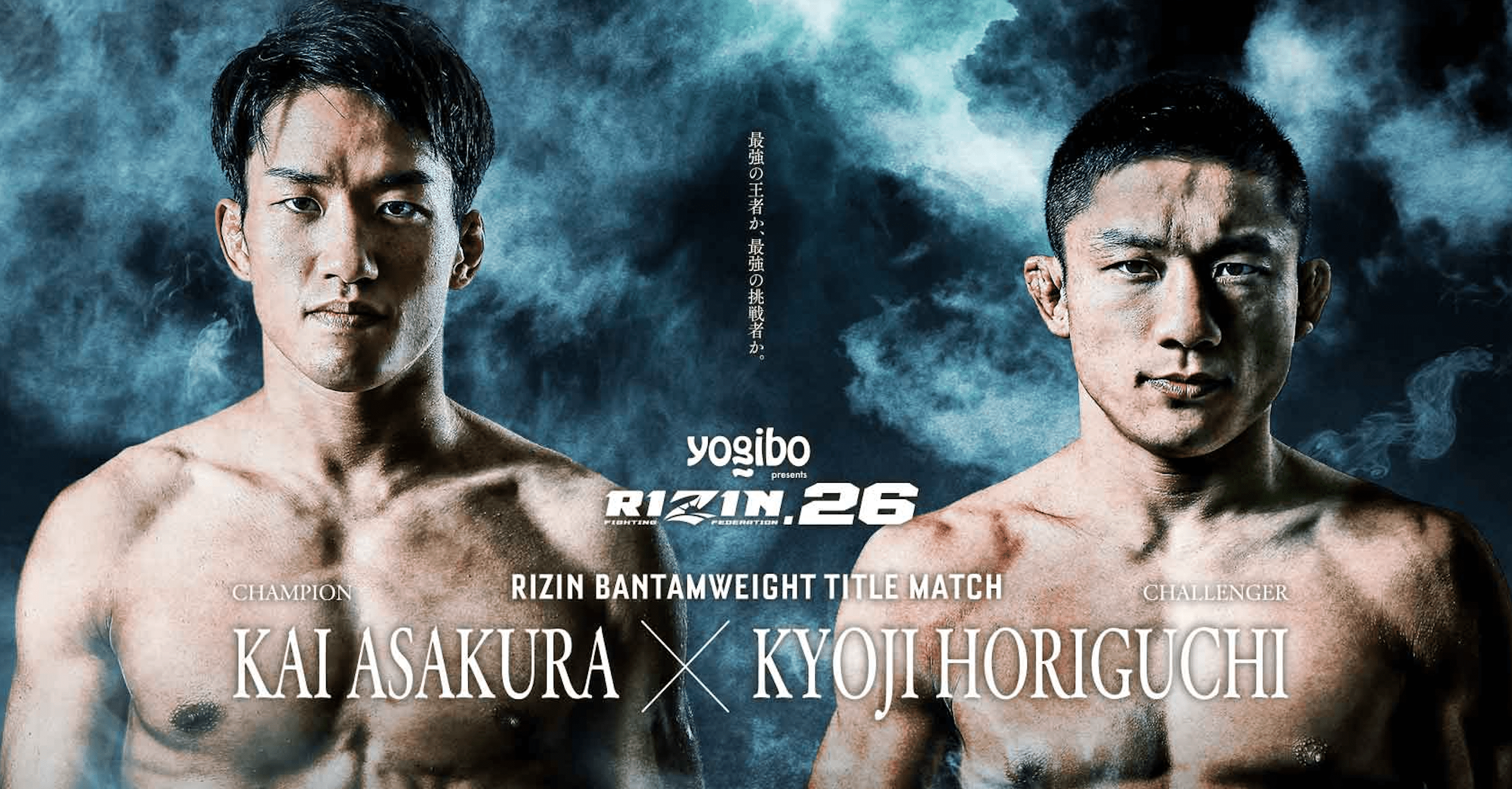 Asakura knocked out Horiguchi in the first round in a non-title fight 16 months ago at RIZIN 18. A month later, ‘The Gooch’ tore his ACL and damaged his meniscus in his right knee, requiring surgery. As a result, the ATT representative had to vacate his RIZIN and Bellator 135lbs titles.

In Horiguchi’s absence, Asakura fought Manel Kape for the vacant title but lost. After ‘Prodigio’ also vacated the title when he signed with the UFC, the 27 year old got a second chance to win the title at RIZIN 23. This time knocking out Hiromasa Ougikubo in the first round to win the belt.

* Mori won via first round armbar submission, but the fight was overturned to a NC due to Mori missing weight.

** The fight was originally called a draw, but officials declared Shibatar the winner after ruling Hiroya tapped to an armbar in the second round.

During the event, RIZIN FF president Nobuyuki Sakakibara announced that the promotion will return on March 14th at the Tokyo Dome, for RIZIN 27.