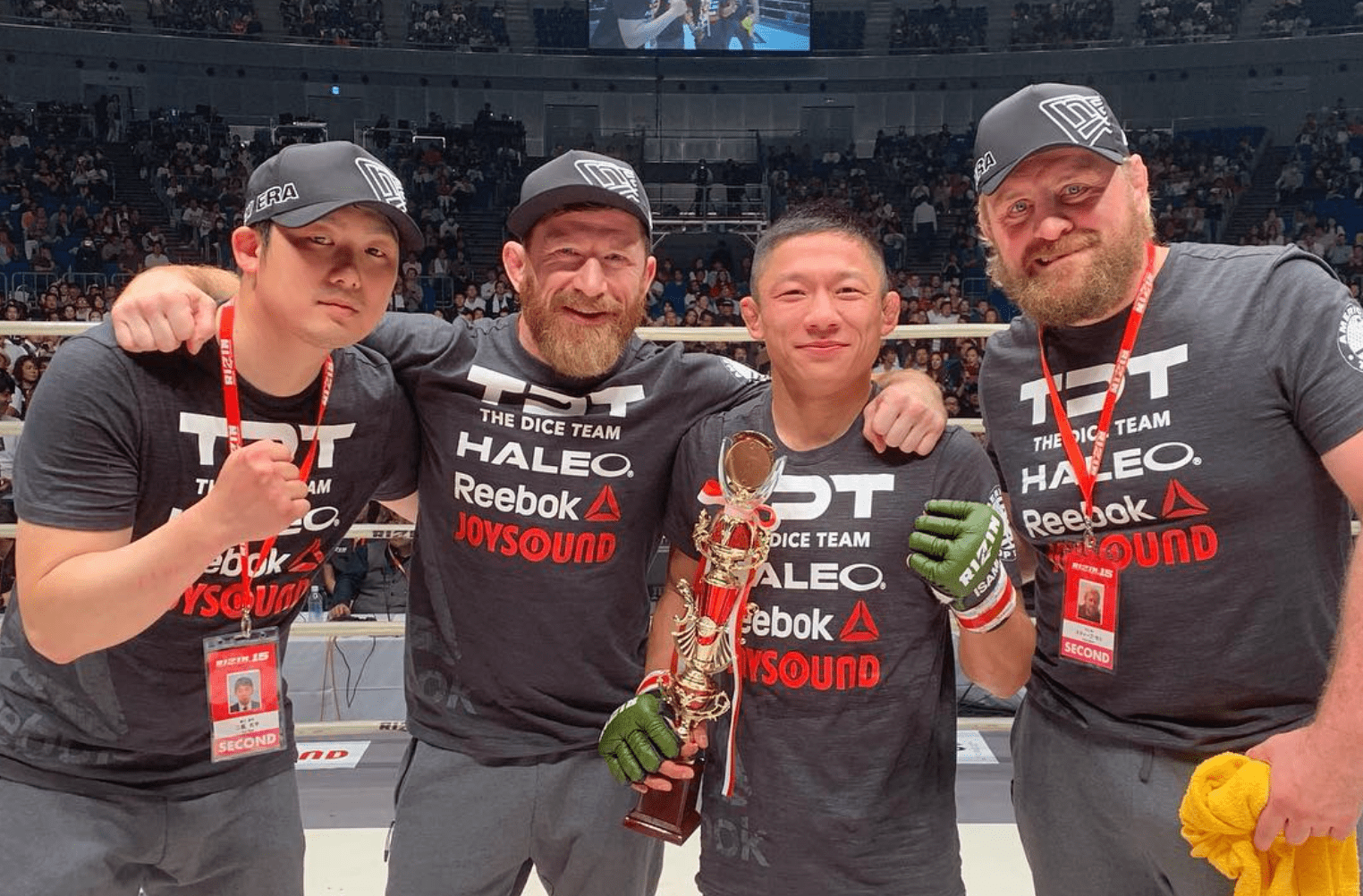 When Kyoji Horiguchi returns to the ring on Thursday at RIZIN 26 against Kai Asakura, he will be looking to not only avenge his prior loss to him, but also to regain his bantamweight title.

Horiguchi hasn’t fought since losing to Asakura at RIZIN 18 in August 2019 in a non-title bout, via first round TKO. A month later, the Japanese star suffered a serious knee injury in training that required surgery. As a result, the RIZIN and Bellator bantamweight champion had to vacate both of his titles.

The 30 year old has amassed a 28-3 record in his MMA career, including a successful run in the UFC, where he won seven of his eight fights, with his only loss coming against Demetrious Johnson. Despite his impressive record and achievements, Horiguchi’s coach Mike Brown told MMA Junkie that his guy is “grossly underrated”.

“I think he’s grossly underrated, but that happens a lot when you’re fighting outside the UFC,” Brown said. “But if you look at his record, his pedigree. I mean, it’s incredible. He’s got a great record, and now he’s fighting at 135 [pounds] where he’s much smaller than guys – I think he can fight at both weight classes (flyweight and bantamweight) fairly easy – but with a few extra pounds, I think him fighting at 135, it’s given him more power.

“That extra muscle is improving his shots, and he’s getting guys out of there a lot more easily than at 125 pounds. When you’re a smaller guy, and you have ten less pounds behind your shots, it’s a little more difficult to get guys out of there with your shots.

“I think that’s brought some attention because he was on a nice winning streak and finishing guys,” Brown continued. “He had that ten-second win over Ian McCall, winning the RIZIN Grand Prix tournament, he had three fights in two nights there, two wins over Darrion Caldwell, who’s a very tough fight and is much bigger than him – I mean, NCAA champion, so tall and just a difficult stylistic matchup for a guy like Kyoji. Before he was with us [at American Top Team], he fought Demetrious Johnson and kind of got outwrestled in that fight. But that just showed his improvement and ability to get back to his feet in the Caldwell fights.”

“He Lives The Samurai Life”

A lengthy lay off is bad news for any fighter, let alone for a two promotion champion. But given that his injury kept Horiguchi out of action when many promotions were not holding events regularly due to the coronavirus, Brown believes that the ATT fighter did not lose a lot of ground.

“In a way, it was good timing because it happened to be during this COVID epidemic where a lot of people missed time fighting anyway,” Brown said. “So that was a big chunk where he wouldn’t have been able to fight anyway.

“But it’s still tough, especially coming off the loss. He wanted to get right back in there, but he’s mentally strong as they come and as focused as anybody can be. He lives the samurai life, man. That’s all he does: He eats, sleeps and trains. He’s 100 percent focused and occasionally when he needs to rest his mind, he’ll go fishing a little bit. But this kid is on it and as focused as anyone you’ll ever meet.”

Focused On The RIZIN Title

Horiguchi and Caldwell first fought at RIZIN 14 in Japan for the inaugural RIZIN bantamweight title, with the former winning via third round submission. The two squared off again at Bellator 222 for the Bellator bantamweight title, with ‘The Gooch’ get his hand raised again after a hard fought five round battle, becoming the first MMA fighter in history to hold titles in two different promotions simultaneously.

While it is a special feat, and Horiguchi may want to regain both belts, for now, he has all his energies focused on regaining his RIZIN bantamweight title on New Year’s Eve.

“It was the first time it’s ever been done, so it’s a special thing,” Brown said. “Most promotions aren’t doing cross-promotional championships, so this is very rare, but it’s one step at a time. First he has this RIZIN title fight, and we’ll see what happens after that.”

Who leaves the ring with the bantamweight belt at RIZIN 26, Kyoji Horiguchi or Kai Asakura?