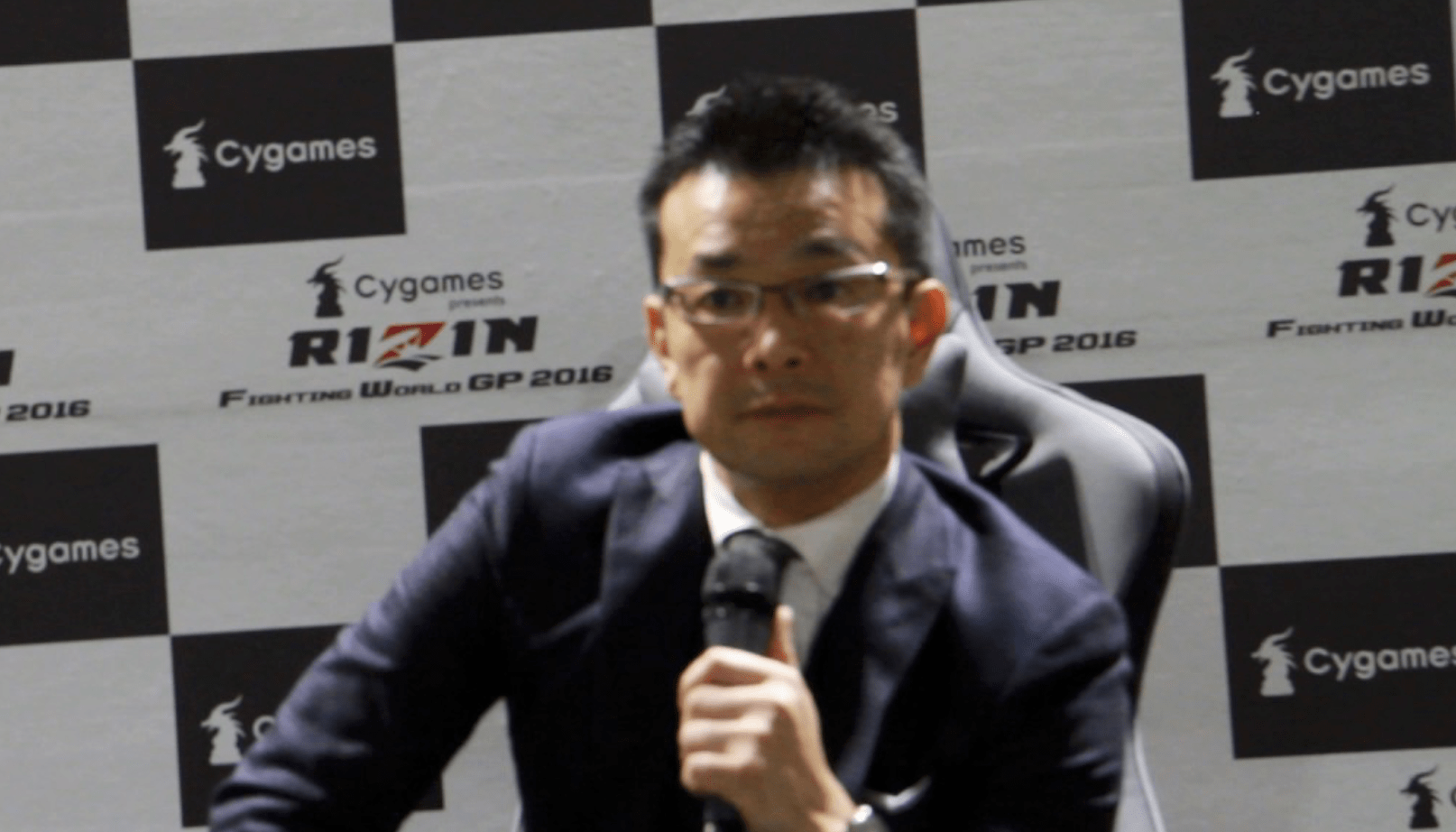 RIZIN 15 went down over the weekend, featuring “King” Mo Lawal vs Jiri Prochazka, a kickboxing contest between Tenshin Nasukawa and Fritz Biagtan and a fight between one of the best bantamweights on the planet, Kyoji Horiguchi, and the recently released from the UFC fighter, Ben Nguyen.

RIZIN has been a big part of the recent resurgence of MMA in Japan. Before the UFC became huge globally, PRIDE and Japan was the centre of the MMA universe.

And the man behind the success of PRIDE, Nobuyuki Sakakibara, is the man behind RIZIN. Having sold PRIDE to the UFC, Sakakibara had to step away from MMA, due to a seven year non-compete clause in the sale.

With RIZIN now getting bigger with every event, Sakakibara is back in the game. And that can only be a good thing for Japanese MMA.

It’s not only RIZIN that is helping Japan rediscover its former glory days in MMA, ONE Championship and the UFC are also both trying to do their part.

Speaking with Bloody Elbow, Sakakibara said that any rivalry between RIZIN, and ONE and the UFC, can only be a good thing.

“It’s always nice to have healthy competition, there’s no development if there’s no competition. We hope UFC comes back to Japan. UFC’s negotiations with (the broadcaster) Wowow in Japan is a good thing. Although the Japanese market is not as big and lucrative as the US, we think there s a lot of potential, so we hope UFC continues the challenge here so we can have a healthy competitive relationship.

“I think ONE Championship is doing a great thing for the industry, spreading the sport to the Asia region. I respect that they are investing a lot of money into the market and Japan and giving Japanese fighters a chance. I don’t know the details about their partnerships with Shooto and Pancrase but I hope it will give flexibility to the fighters and more opportunities and open doors, not limit them.”

ONE have not only signed partnerships with Japanese MMA Promotions Shooto and Pancrase, in the last couple of months, they also took the enormous and historic ONE: A New Era card to Tokyo last month. A card that saw four title bouts and the ONE debuts of Demetrious Johnson and Eddie Alvarez.

With ONE making a huge effort to build a big fan base in Japan and MMA back on Japanese TV, the future looks bright again for MMA in Japan.