Road To ONE: 3rd Tokyo Fight Night Results And Replay 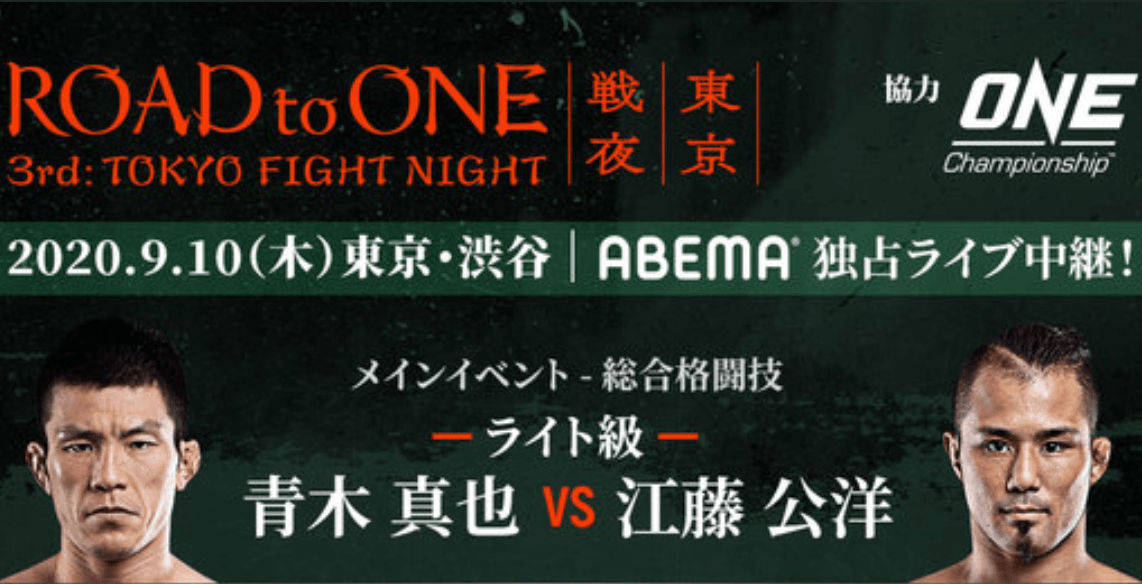 Road To ONE: 3rd Tokyo Fight Night went down on Thursday evening in Tokyo, Japan. ONE Championship made a successful return in Bangkok six weeks ago, and has held three more events since in the Thailand capital.

Tonight’s Road To ONE: 3 marks the promotion’s first return to Japan since the global coronavirus pandemic caused world wide travel restrictions. The almost all Japanese card featured a total of six bouts; four mixed martial arts, one Muay Thai and one kickboxing.

Former ONE title challenger Mei Yamaguchi was on hand to take care of the ring announcing on the night. While Itsuki Hirata and Yoshihiro ‘Sexyama’ Akiyama were both in attendance.

In the main event, Shinya Aoki dominated Kimihiro Eto for three rounds to get his hand raised. The co-main event saw a battle of two former ONE strawweight champions. After going the full 15 minutes, Yosuke Saruta just done enough to earn a decision win over Yoshitaka Naito. And in doing so, ‘The Ninja’ put himself in pole position to challenge the current ONE strawweight champion, Joshua Pacio next.

Official results from Road To ONE: 3rd Tokyo Fight Night:

Earlier this week, we reported that ONE’s international events will resume next month. Before then, ONE: A New Breed 2 goes down Friday night in Bangkok, featuring Pongsiri PK.Saenchai Muaythaigym vs Sean Clancy in the main event and the debut of Wondergirl Fairtex’s 16 year old sister, Supergirl Jaroonsak MuayThai.