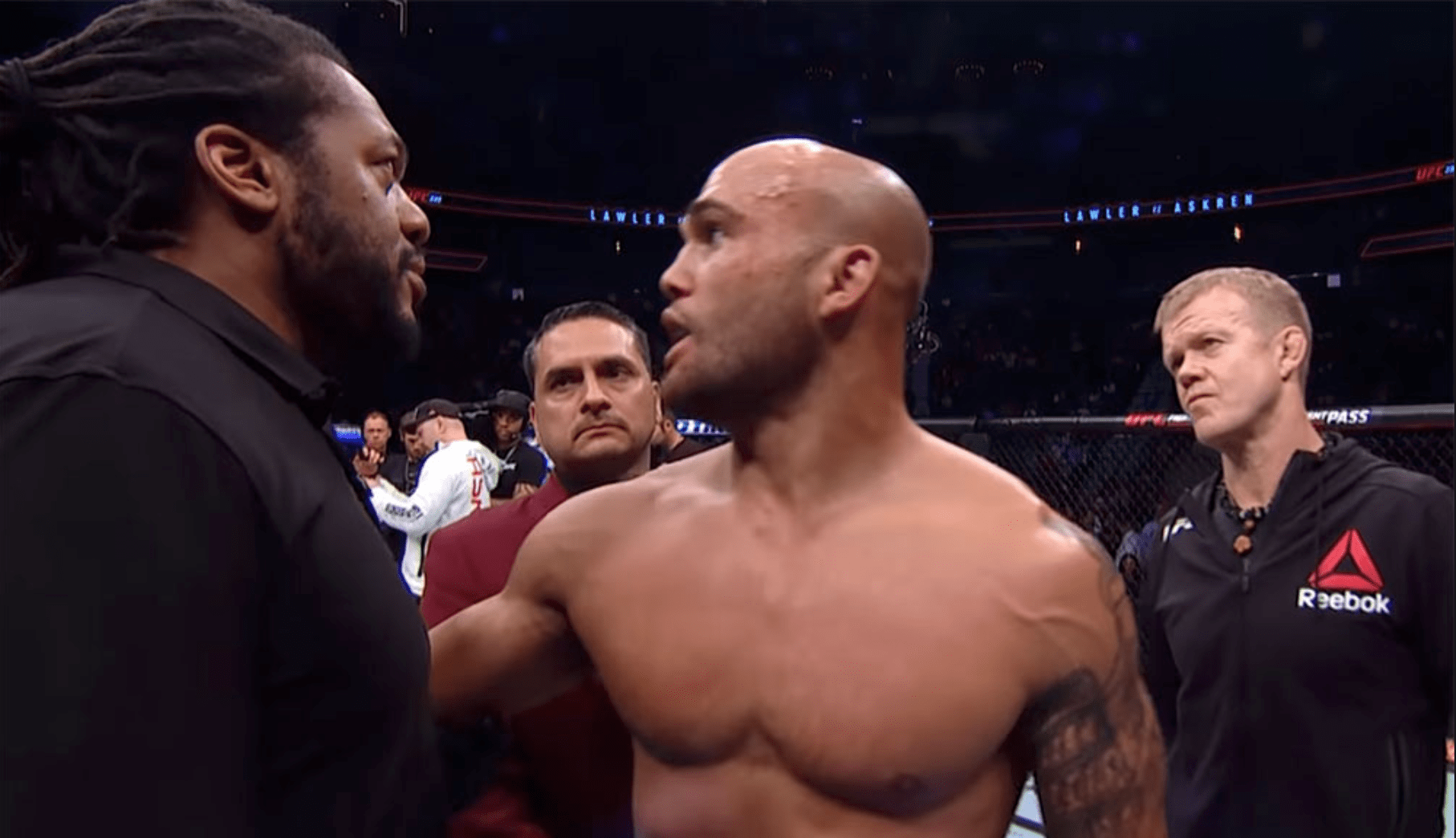 Almost a week later and the MMA world is still discussing the controversial stoppage, in the Robbie Lawler vs Ben Askren fight at UFC 235. Which saw Herb Dean stop the fight, when he mistakenly believed that Lawler had gone unconscious from Askren’s Bulldog choke.

Askren has been adamant that there was nothing wrong with the stoppage, saying “There was 1:40 left, he was not getting out of that hold in no way, shape or form. It was sunk deep, it was sunk tight and there was just literally nowhere for him to go.”

“We acknowledge that Ben is a tremendous fighter; coming back from the beating Robbie gave him demonstrates his grit and shows why he has a strong history of winning. That is undeniable. However, Ben’s comments speak directly to the fact that there was a lot of time left in the round leading to a lot of unknowns. Things could have dramatically changed in the 1:40 remaining in the round, just as they did a minute into the fight.

“It is unfortunate that Robbie didn’t get his chance to get out of a tough position like Ben was able to do earlier in the round. No one knows, which is why an immediate rematch is warranted. As for an appeal to the commission, nothing has been ruled out. But if this were to occur it would be handled professionally behind closed doors like we do all of our business. Through adversity, Robbie remains a true professional and role model for the sport — someone I certainly want my three boys to look up to.”

The debate will no doubt continue until a probable rematch, on how the fight would have played out, if Herb Dean hadn’t stopped the fight at the exact moment that he did.

For me personally, Ryron and Rener Gracie sum up the stoppage best by saying that it was an early stoppage but wouldn’t have made a difference to the result. You can watch their excellent breakdown of the stoppage here.

One thing is for sure, Lawler showed his true class in the way he dealt with the situation. You can watch his reaction to the stoppage, up close, here.

Almost a week on, what do you think about the stoppage?