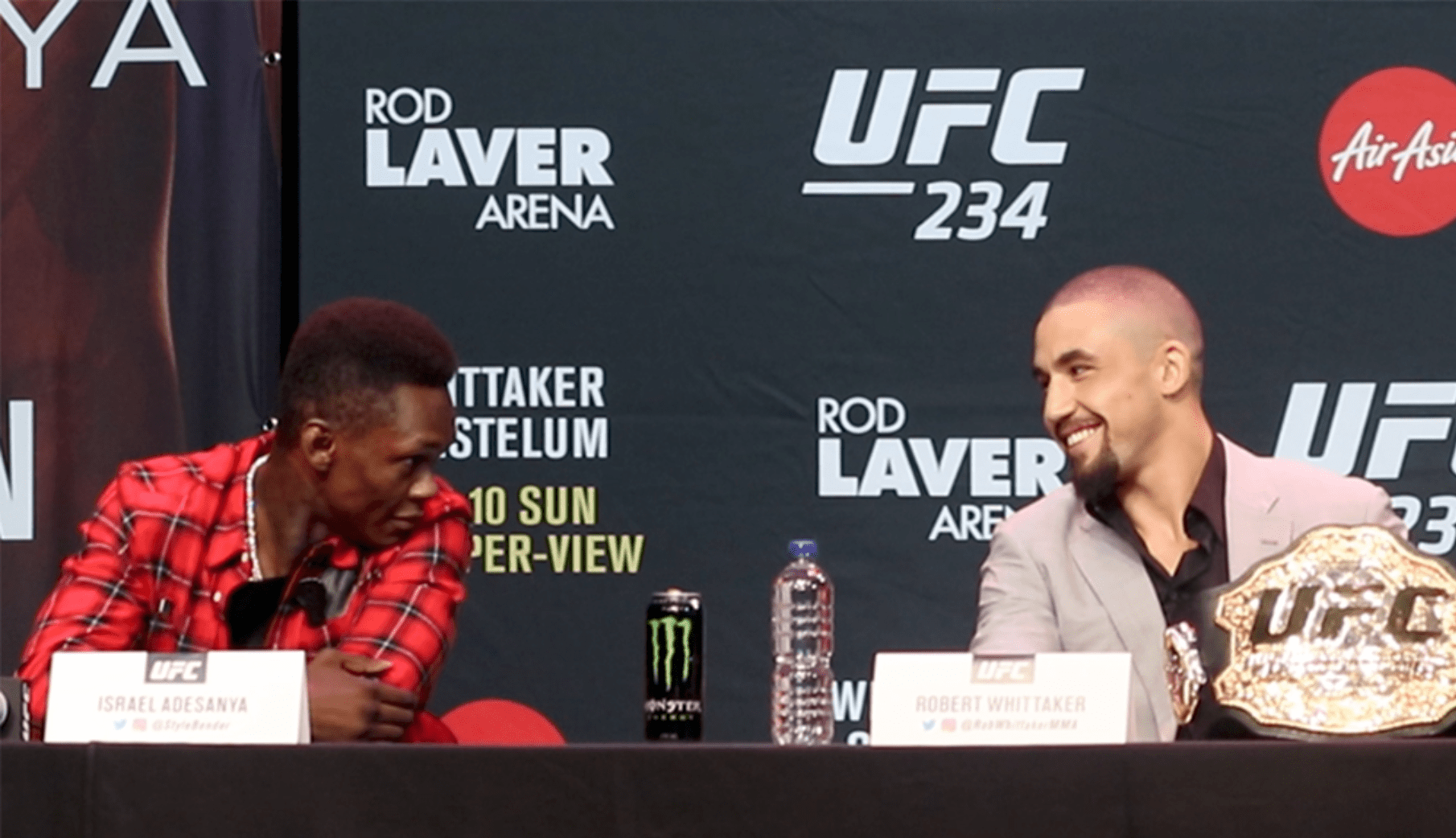 From the look of it, the exchange of words with the Adesanya has only made Whittaker even hungrier for the fight. Moments ago, he took to Instagram to send the UFC a message.

Quoting the ‘great warrior’ Khabib Nurmagomedov, Whittaker told the UFC to send him the location. Adding the hashtag ‘time to unify’.

Jones even got a mention, with Whittaker saying that he will have to wait to fight Adesanya.

UFC President Dana White, confirmed at the UFC 236 post fight press conference that the fight will go down in a stadium in Australia, probably around September. The fight will be a unification bout, after ‘The Last Stylebender’ defeated Kelvin Gastelum in the UFC 236 co-event, to win the interim middleweight title.

Whittaker was scheduled to defend his belt against Kelvin Gastelum at UFC 234 in Melbourne but was forced to pull out just hours before the card began, due a hernia that required emergency surgery.

‘Bobby Knuckles’ is now back in full training and from the look of his Instagram post, he is raring to go.

How do you see this fight going?