Robin Catalan Aims For a Knockout in First Bout of 2019 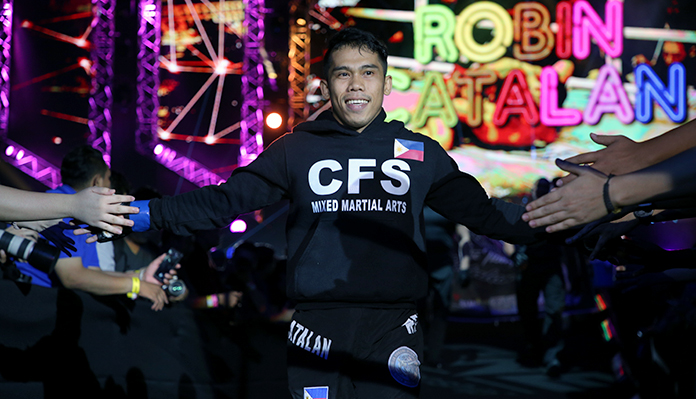 2018 was a great year for Robin “The Ilonggo” Catalan’s career. He was able to win two of three bouts improving his professional record to 8-4.

“I think my match against Adrian Mattheis is my favorite win in ONE Championship,” he recalls. “It was by submission, and it was my first stoppage in ONE.”

Given that his current skill set has already proven effective in bringing home the win, he feels that there are still multiple aspects of his game that he can improve on. 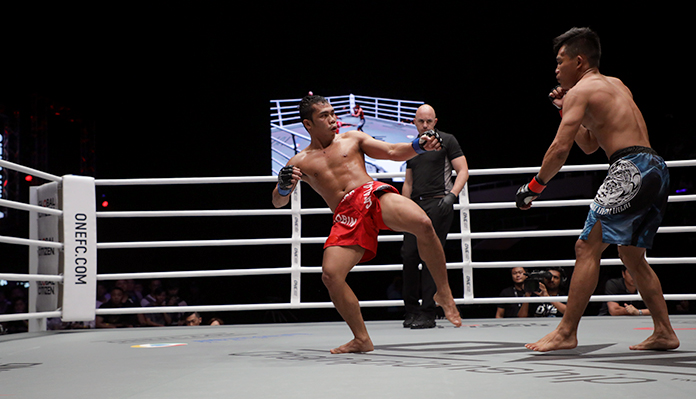 “I still want to improve my grappling and wrestling,” says the Catalan Fighting Systems (CFS) product. “Those are areas that we, as a team, feel that we lack, so that would be our focus for the coming year.”

Taking a leaf out of his team’s success, the younger Catalan thinks that improving his ground skills could help propel him to a title shot.

“I’d like to have more wins,” he says. “Of course, a World Title shot would be great, but I think I need to work on getting more wins to earn it.”

Being healthy with no injuries for 2019 would mean that he could participate in more matches, bringing him closer to gold. This, he mentions, remains his ultimate goal.

“As long as I’m healthy, I can compete every month,” he said. “Maybe once every two months is alright as well, but it all really depends on not getting injuries.”

“The Ilonggo” ended 2018 with a loss and would like to start this year on a more positive note. His number has been called to face Stefer “The Lion” Rahardian on January 19 at ONE: Eternal Glory held in Istora Senayan in Jakarta, Indonesia. 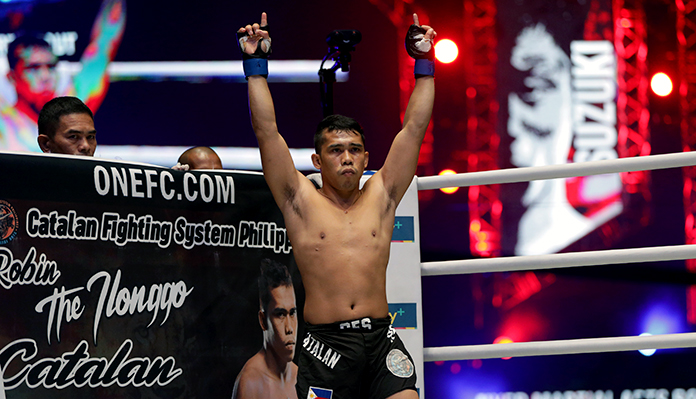 “I think he has a good ground game,” he says. “I think I’ll study his match against my brother to see how Rene was able to defeat him, and maybe add some of the things I have been working on as well. I think he’s not as good in striking as he is on the ground.”

Knowing that he will be competing against a local favorite in foreign territory, he knows that he needs to focus only on what’s important in the upcoming match if he wants to get his first victory of the year.

“I think there’s an equal amount of pressure for the both of us,” he said. “He’s fighting in front of his home crowd who expect a win, while I’m going to be against a hostile crowd,” Catalan concluded.

“I just need to follow the game plan that we have,” he claims. “I’m hoping to get a knockout this time around.”