Rodtang And Petchdam Are Ready To Throw Down At ONE: No Surrender 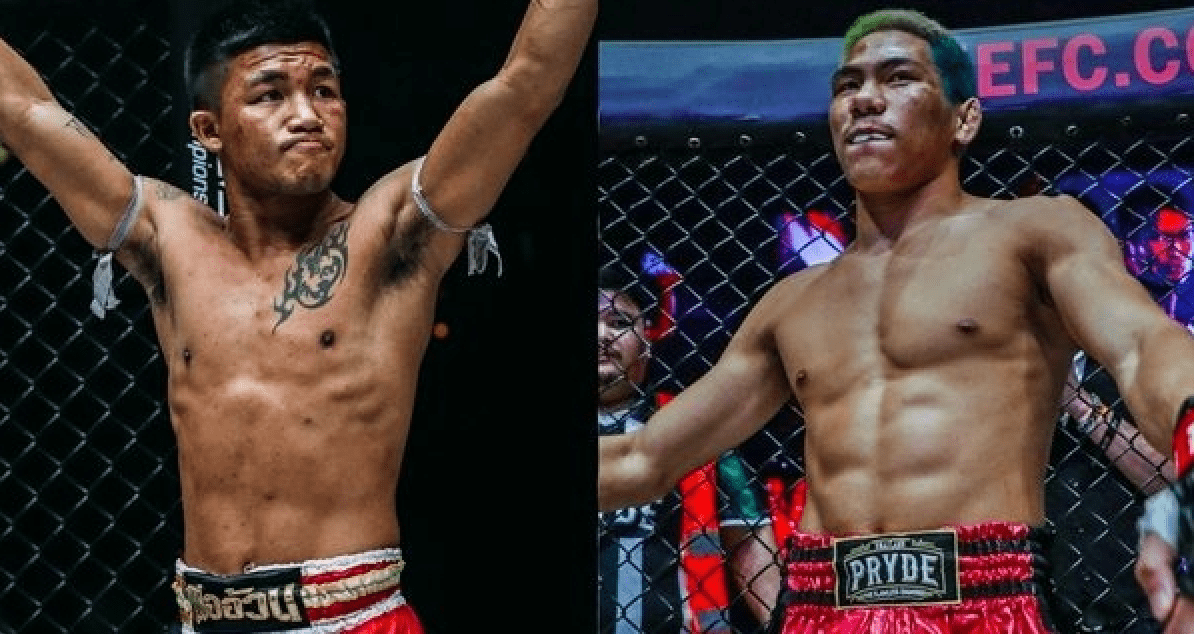 Rodtang Jitmuangnon will defend his ONE flyweight Muay Thai championship against his compatriot Petchdam Petchyindee Academy, at ONE: No Surrender in Bangkok, Thailand on July 31st. It will be the third time the two fighters have faced off, with each winning once.

The defending champion Rodtang, is glad to return to action after six months of inactivity. He has been tearing through the ONE Muay Thai flyweight division and won the title from Jonathan Haggerty at ONE: Dawn Of Heroes. His most recent outing saw him defeat Haggerty for a second time at ONE: A New Tomorrow.

Speaking on a media call ahead of ONE: No Surrender, ‘The Iron Man’ said he couldn’t be any happier to defend the world title in his home country.

Having faced ‘The Baby Shark’ before, Rodtang hopes to make their third fight one that fans will remember.

“I’m training hard everyday, so I hope this fight is going to be fun and exciting, and will entertain all of my fans around the world,” Rodtang continued. “In my opinion, Petchdam has improved a lot from the last time we met each other in the ring. He has become more aggressive with his punch combinations. Petchdam is a well-rounded athlete and a great striker, his left kick is very powerful. But they call me the ‘Iron Man’, so let’s see. We will bring our best into this fight, for all the fans watching. I’m a hundred percent ready for this fight, both physically and mentally.”

Petchdam is no stranger to championship gold in ONE Championship. The Petchyindee Academy representative enjoyed a reign as the ONE flyweight kickboxing champion. Having defeated Elias Mahmoudi at ONE: Warriors Of Light to win the title, he lost the title three months later to Ilias Ennahachi at ONE: Dreams Of Gold.

But ‘The Baby Shark’ is more than ready for another world title shot. Acknowledging the challenge his opponent poses, Petchdam has prepared himself for the upcoming fight and is ready to do whatever it takes to win.

“I am so glad that I can compete in ONE Championship again, after having had no events for a few months,” Petchdam said. “I’m taking on Rodtang for the World Title, and I hope the fans will enjoy our fight. Thank you to the fans for all the support. I’m preparing very hard for this fight, because we know each other very well. It’s going to be fun. Rodtang is tougher now than the last time I faced him. He’s beaten all the top Muay Thai fighters, so I need to work hard and be ready. Rodtang is a great fighter, and he does a lot of good things in the ring. But I’m also going to do my best in this fight. I want to take the World Championship belt from him, that is my goal.”

Who will come out on top as the ONE flyweight Muay Thai champion in the trilogy fight between Rodtang Jitmuangnon and Petchdam Petchyindee Academy?