Rodtang Reflects On The Man Who Shaped His Career 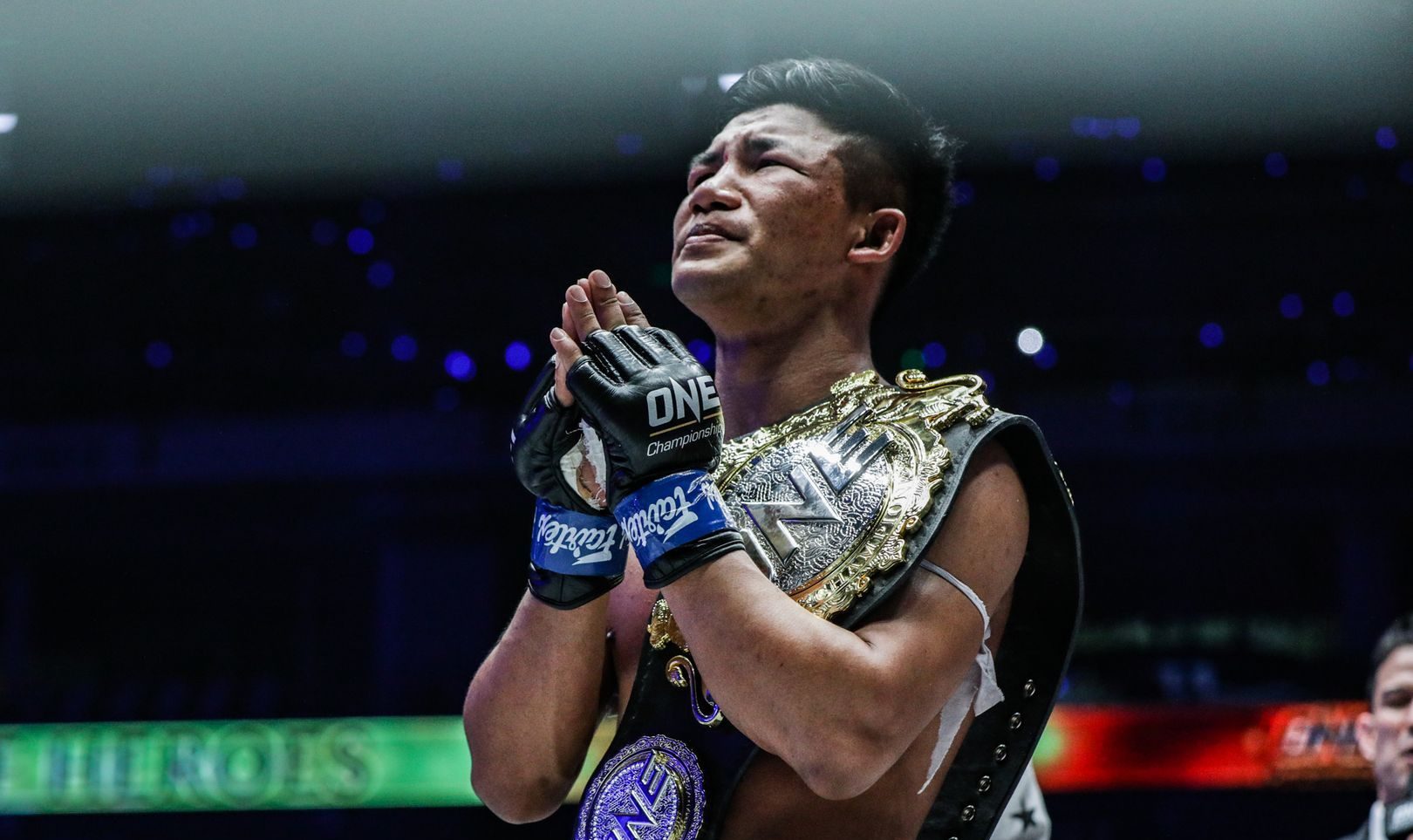 Rodtang Jitmuangnon is set to defend his ONE flyweight Muay Thai title against compatriot Petchdam Petchyindee Academy at ONE: No Surrender on July 31st. It will be the third time the two have faced each other, with both Thai stars having one win a piece.

Ahead of his title defence, ‘The Iron Man’ spoke to ONE Championship about Mr. Huan, the late founder of Jitmuangnon Gym, who helped shape his Muay Thai career.

Rodtang has an abundance of respect for his gym’s late founder, Mr. Huan. Stating that he without him, he wouldn’t be the man he is today.

“He was the best guy I’ve ever known. Of all the people I’ve met, he was the best. I don’t think I’ll ever find anyone like him again. He made me who I am today. He gave me the chance and everything.”

It all started about ten years ago when Rodtang came from his home province of Phattalung to compete in Bangkok. It was in the nation’s capital where ‘The Iron Man’ captured the attention of the man who would become an influential figure in his life.

“One day, Boss Huan saw my potential when I won the bout with Puenkon. That was when he brought me over to Jitmuangnon. He took care of me like his own son.”

While the Jitmuangnon Gym owner rarely spoke, Rodtang was fully aware of how much he cared for the fighters in his gym.

“He wasn’t really a talker, but we knew how much he cared about us and how much he loved us. He never scolded the boxers. He always talked softly to us.”

Through the most difficult time of his career, which saw him lose multiple times at the prestigious Rajadamnern Stadium, Rodtang had Mr. Huan as a guiding source of light.

“Sometimes, when I went in the wrong direction, he pulled me back. He showed me the way to be the best. He said that it is normal to go through ups and downs in our careers and that we must weather the storm. It was a really difficult period in my career, but he supported me through it.”

The support of his mentor allowed him to bounce back and win an Omnoi Stadium title. Before long, Rodtang was rising through the Muay Thai ranks and establishing himself as one of the country’s best fighters.

But tragedy struck when Mr. Huan passed away in March of 2018. That was when Rodtang saw his world come crashing down around him.

“After the first day he passed away, everything stopped. It was like the whole world stopped. We didn’t know what to do. Some boxers even thought about quitting,” the 22-year-old champion recalled. “We didn’t know what was going to happen to the gym. There was no main pillar in the house. It was chaos.”

While there was a lot of doubt regarding the future of the gym, Rodtang wanted to do his mentor proud. He wanted to keep his mentor’s legacy alive and continue building on it.

And so, with Rodtang leading the fighters, the Jitmuangnon Gym was left in the care of Mae Ae, Mr. Huan’s wife.

“Mae Ae took care of the boxers. She took care of us just like Boss Huan did. She took over everything from him, including teaching us and supporting us. She is our moral support and keeps us fighting.”

Rodtang went on to defeat Jonathan Haggerty at ONE: Dawn Of Heroes to win the ONE flyweight Muay Thai championship in August of 2019. He made his first title defence against Walter Goncalves at ONE: Century in October of that same year, winning by split decision. And then most recently, he claimed a TKO victory over Haggerty in their rematch to retain the title at ONE: A New Tomorrow, earlier this year.

While Mr. Huan is no longer by his side in the physical sense, Rodtang still brings a memento of the man who shaped his career to every fight. To him, it is a good luck charm.

“I have his funeral shroud. I keep it with me all the time. Before all my fights, I call to him and ask him for his support and protection.”

Rodtang will forever remember the impact Mr. Huan had on his career and his life and how he changed it for the better.

“He was really a great guy. I cannot find any words to explain. My life is better – and it is because of him.”

Can Rodtang Jitmuangnon defend the ONE flyweight Muay Thai title against Petchdam Petchyindee Academy at ONE: No Surrender?