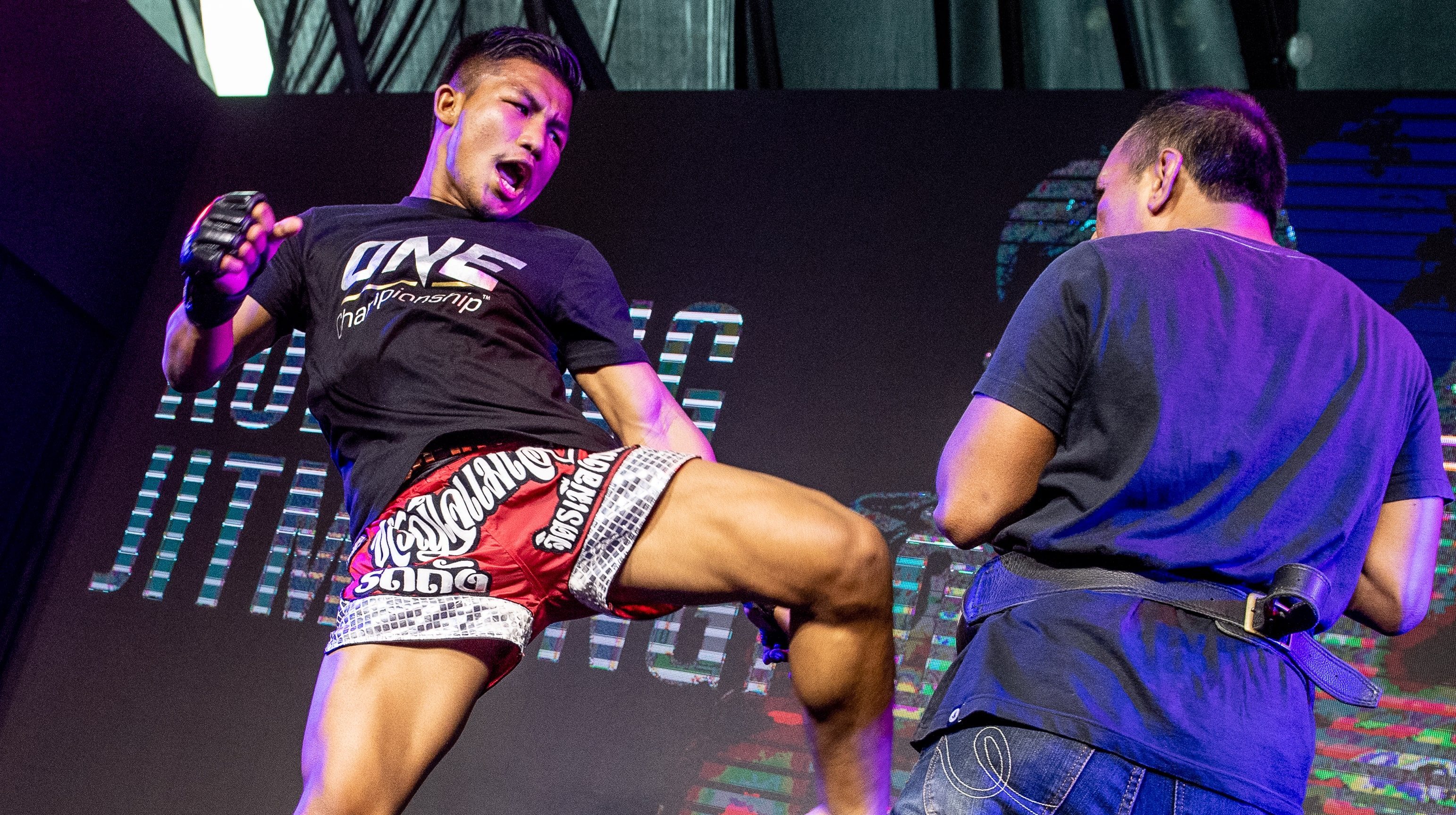 Rodtang is coming off an impressive unanimous decision win over Danial Williams in a non-title Muay Thai bout at ONE on TNT 1 in April, while Adiwang is coming off a highlight-reel knockout victory over Namiki Kawahara at ONE: Unbreakable.

Last month, Team Lakay’s Adiwang called out Rodtang for a ONE Super Series showdown, saying that he has a few tricks up his sleeve which could cause the Muay Thai phenom some problems.

Speaking to ONE Championship, Rodtang said that he accepts Adiwang’s challenge.

“If Lito thinks he has some tricks to beat me, then I welcome him to meet me,” Rodtang said.

Rodtang competes at flyweight in Muay Thai and kickboxing, while Adiwang fights at strawweight in MMA. Taking that into consideration, ‘The Iron Man’ said that a fight between the two is purely conditional.

“It depends on the weight, whether he will come up in weight or if I will go down,” Rodtang said. “It also depends on the rule set, whether it is Muay Thai, kickboxing, or MMA. If it were MMA, then I would like to have time to train – at least one year.”

While he’s had a cordial exchange with Adiwang, Rodtang regrets his compatriot Mongkolpetch’s hurtful remarks.

Following Mongkolpetch’s majority decision victory over top-five flyweight Muay Thai contender Elias Mahmoudi at ONE: Full Blast 2 last month, Rodtang was asked whether or not he deserves a title shot, to which he said that the Petchyindee Academy representative should compete a few more times against top contenders to gain some popularity, before calling for a title shot.

Mongkolpetch took offence to Rodtang’s suggestion, saying that the reigning champion was ‘dust in the countryside’ when he rose to stardom in the Muay Thai world.

Rodtang admitted that he was deeply hurt by Mongkolpetch’s comments, especially because the two have trained together in the past and were good friends.

“I didn’t think someone I respected a lot would hurt me with that comment,” Rodtang admitted. “What I said was a suggestion. [His recent win] was good for him. I was speechless.”

Despite the insults, Rodtang still believes Mongkolpetch needs to do more to earn a title shot.

“Yes, I think Mongkolpetch is ready because he has so much experience,” Rodtang said. “He has many fights already. But in ONE Championship, I think he should build his reputation some more [with the fans] so he could become an appropriate challenger.”

Having trained together before, Rodtang is well aware of Mongkolpetch’s strengths and weaknesses, and should the two square off down the road, the 23 year old believes one of his trademark strikes would lead to his arch-rival’s downfall.

“I think [I will beat him with] my punch because, in Thailand, Mongkolpetch is kind of the guy who when he gets punched, he always falls down,” Rodtang said.

Would you give Lito Adiwang or Mongkolpetch Petchyindee Academy a chance against Rodtang Jitmuangnon in the ONE Circle?