Rodtang To Defend Title Against Haggerty At ONE: A New Tomorrow 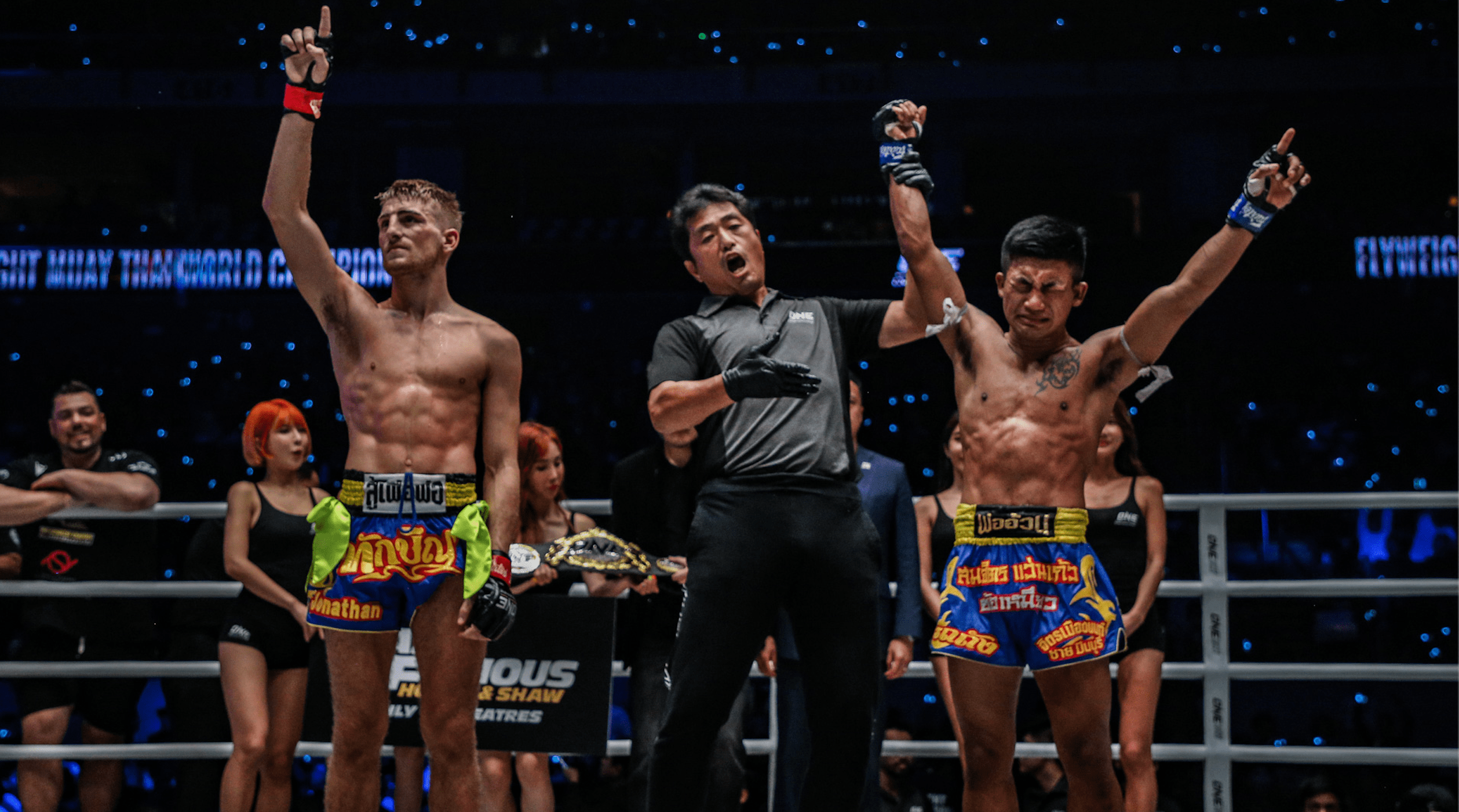 ONE Championship has just announced details of their first card of 2020. ONE: A New Tomorrow is set to go down at the Impact Arena in Bangkok on Friday, January 10th. In the main event, the reigning ONE Flyweight Muay Thai World Champion Rodtang “The Iron Man” Jitmuangnon will defend his title against Jonathan “The General” Haggerty. The man he won the title from earlier this year.

Rodtang beat Haggerty in an extremely close contest at ONE: Dawn Of Heroes, in Manila last August. The Thai champion has since defended his title against Walter Goncalves, at ONE: Century. England’s Haggerty hasn’t competed since.

ONE: A New Tomorrow will also see the ONE atomweight kickboxing and Muay Thai world champion Stamp Fairtex, continue her quest to win a third title, as she takes on Puja “The Cyclone” Tomar in a mixed martial contest.

Stamp has a perfect 3-0 record in mixed martial arts. Thailand’s two sport champion has expressed her commitment to focus on mixed martial arts. Tomar is coming off a split decision loss to Bi Nguyen in a ONE Super Series Muay Thai contest at ONE: Immortal Triumph. Prior to that, the India athlete beat Priscilla Hertati Lumban Gaol at ONE: Eternal Glory, at the start of 2019.

Thanh Le returns against Japan’s Ryogo “Kaitai” Takahashi. The Vietnamese-American star has scored knockout wins in both his ONE Championship bouts inside the Circle, against Yusup Saadulaev and former ONE Lightweight world champion Kotetsu Boku. Le will be hopeing for a similar result against Takahashi, a Shooto Pacific Rim Featherweight Champion, who is on an eight fight winning streak.


Full Lineup for ONE: A New Tomorrow: