Rodtang Wants To Go Toe-To-Toe With Petchdam At ONE: No Surrender 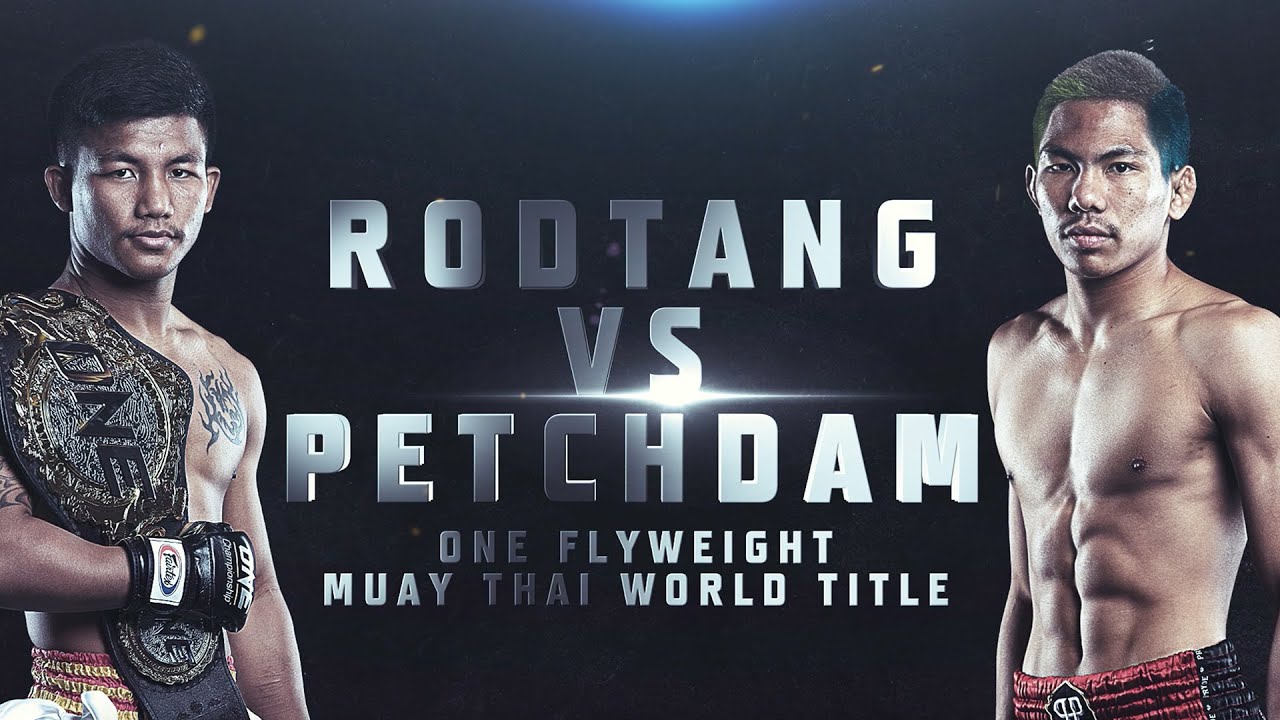 Rodtang Jitmuangnon is ready to return to action and defend his ONE flyweight Muay Thai title. He will defend his belt against compatriot Petchdam Petchyindee Academy, in Bangkok, Thailand on July 31st at ONE: No Surrender.

Participating in ONE’s first major event in five months, the two Thais will be featured in the main event. Speaking to ONE Championship, Rodtang expressed how much it means to him to be part of such an exciting fight card.

“The fans have been waiting for Muay Thai competitions to come back, and now, ONE Championship has announced a huge and amazing fight card. Everyone wants to watch,” said Rodtang. “We, as fighters, have to give our [best] performances. We are getting paid well, so we have to deliver. It’s our jobs, and the most important thing is we have to win our fans’ hearts.”

The champion is no stranger to Petchdam, whom he’s fought twice. The two first met in the storied Rajadamnern Stadium in May of 2017. After five rounds, ‘The Baby Shark’ took the decision win. According to ‘The Iron Man’, he was not at 100 percent for that fight.

“When I lost against him in the first fight, I had just come back to Bangkok after a break. I fought with Kaimukkao [Por.Thairongruangkamai] at 131 pounds, and then my next fight was with Petchdam at 126 pounds. The weight cut was difficult, and my body was not stable yet. I had no power in the last rounds. That’s why I lost.”

The 22 year old would redeem himself in their rematch nine months later. Fighting once again in Rajadamnern Stadium, things played out in favour of Rodtang, as he won by decision after five rounds.

“In the second fight, I had full power. I continued to fight and kept moving. Petchdam lost against me very clearly and showed weaknesses.”

With the rivalry tied at 1-1, the pair have since experienced considerable success in the ONE Super Series, with Petchdam having enjoyed a reign as the ONE flyweight kickboxing champion.

After winning his first four fights in ONE, Rodtang earned a shot at the ONE flyweight Muay Thai title at ONE: Dawn Of Heroes, where he beat Jonathan Haggerty to win the belt in one of the fights of 2019.

In his first defence, Rodtang retained the title via a split decision against Walter Goncalves at ONE: Century. He then picked up a dominant TKO victory in a rematch with Haggerty, for his second successful title defence at ONE: A New Tomorrow.

While both fighters are training intensively for their upcoming title fight, Rodtang has deviated from his usual preparations. As a result of the coronavirus lockdown, ‘The Iron Man’ has spent the past few months with his girlfriend, the ONE atomweight Muay Thai champion Stamp Fairtex, in the Rayong province.

“I trained at Fairtex for a couple of months, both mixed martial arts and Muay Thai. My body is 100 percent now. Sia Banjong (founder and chairman of Fairtex) comes to look and check on me. He thinks I can be a role model for others.”

Come July 31st, Rodtang will be looking to defend his title and put an end to his rivalry with Petchdam. He also wants to give the crowd a memorable performance and put on an exciting Muay Thai show with his fellow countryman. His only hope is that ‘The Baby Shark’ is willing to give him a fight.

“Petchdam lost by knockout when he defended his kickboxing title, and he tried to build his confidence back by winning his last fight in ONE. I don’t have anything to worry about, and I think this fight will be fun.

Who do you think will walk away with the ONE flyweight Muay Thai title at ONE: No Surrender, Rodtang Jitmuangnon or Petchdam Petchyindee Academy?