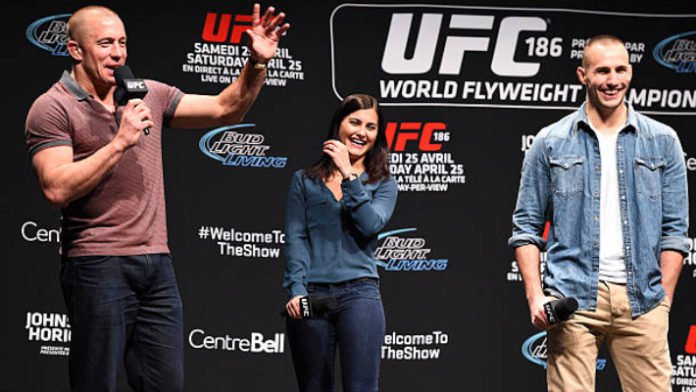 St-Pierre will go down as one of the greatest mixed martial artists of all time, and his influence cannot be denied. ‘The Red King’, who trains with GSP recently spoke to TSN about George St-Pierre, and how he is still training even after retirement.

“I’ve seen Georges, he’s still training and still improving”, MacDonald revealed. “He’s living life, he’s good. But he’s doing all the same hard training. Like I’m training hard for a fight and I’ll show up at the track to do sprints and he shows up half an hour later to do his work.”

“The guy doesn’t slow down. He’s programmed for physical improvement. So he’s still gaining, even though he doesn’t have any competition to look forward to, he’s working hard. He is programmed differently, and that’s I think why he’s made the name for himself that he has.”

Rory, who recently lost to Bellator Middleweight Champion Gegard Mousasi, and will next fight Jon Fitch in the Bellator Welterweight Grand Prix. Talking about his upcoming fight, Rory also said that it would give him the chance to erase his loss against Mousasi.

“I felt that I wasn’t focused in the training camp leading up to it”, MacDonald explained. “I had some distractions in my life that took priority for whatever reason. And decided to go ahead and do the fight anyway and let the chips fall where they may. Obviously it was a good lesson for me. I didn’t enjoy seeing the way I went out there and performed and got absolutely squished.”

“I’ve lost in the past but I at least put up a hard fight in all my losses,” he finished. “And in this fight I kinda got steamrolled. It’s not something I’m proud about, and it motivates me going into this tournament to just remind everyone what I have inside.”