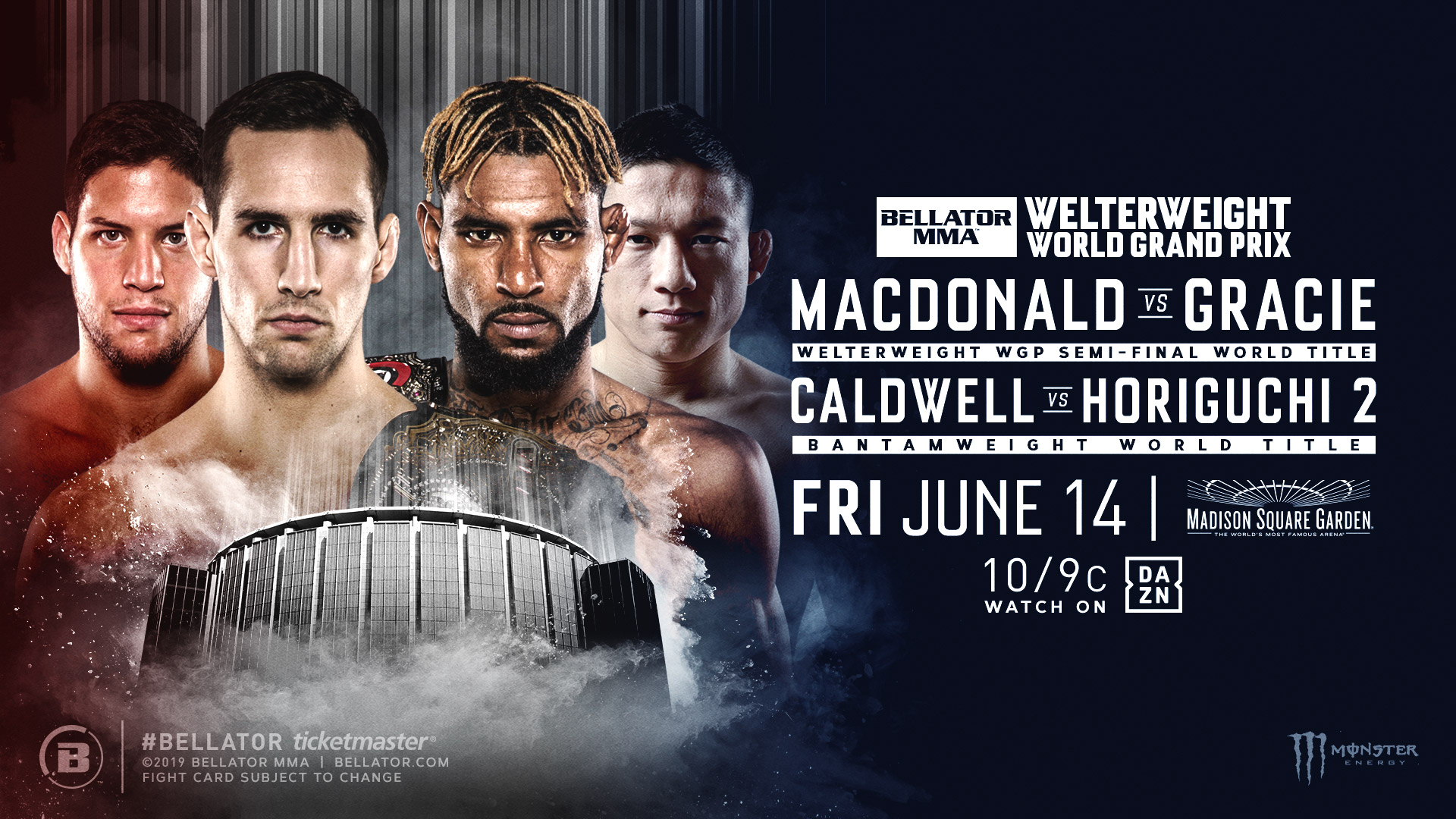 After his speech sent the fans and media into speculation overdrive, Rory MacDonald will indeed fight in the Welterweight Grand Prix. The Bellator Welterweight Champion is set to face Neiman Gracie on June 14th at Madison Square Garden at Bellator 222.

Furthermore, Darrion Caldwell is set to rematch against Kyoji Horiguchi for the Bellator Bantamweight Championship.

Rory MacDonald further elaborated on what has transpired over the past two days.

“I want to take the time to thank everybody who had the chance to see my fight last weekend and share that candid moment I had in the Bellator cage with John McCarthy.

“I felt an internal struggle during the fight I never experienced before. I have always enjoyed my time in the cage by expressing my techniques in full out combat against another top-level fighter, but this time I wasn’t enjoying it. It felt more like a job than the satisfaction I am used to feeling by being dominant and applying what I have practiced to defeat someone.”

“Even during my dominant moments, I felt I was completing a task and these feelings were a bit confusing to me because it’s new. I used to fight with anger I held within myself from pain I had experienced in my past. To be honest, I believe this comes from my heart changing as I’m walking a new life as a Christian. The Lord has given me peace and freedom from the pain that haunted me in my heart from my younger years. I would only satisfy myself for a short period of time from winning fights until the feeling would resonate in me again. So, now I don’t feel the same emotions I have in the past while competing.

“I still and will always have a passion for martial arts and do not believe, as a Christian, that it’s wrong for myself to compete in a professional sport that is violent. In fact, I’m happy to testify about being a Christian on this platform I’ve been given.

“To be clear, I am not retiring from my professional MMA career, I’ve always been true and honest in the sport and I spoke from the heart.

“As for my career at the moment. I am going to move forward in this tournament and compete boldly against Neiman Gracie in New York at MSG on June 14.

“Thank you for your support and all the kind messages I’ve received after this sentimental moment I had for all to see after 14 years of being in this sport.”