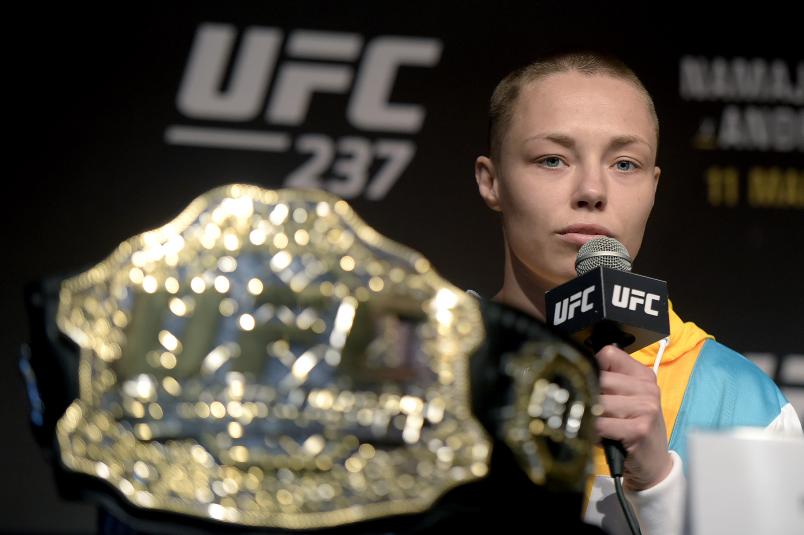 Rose Namajunas will defend her UFC women’s strawweight title against number one contender, Jessica Andrade at UFC 237 in Rio de Janeiro, Brazil. ‘Thug Rose’ will go into enemy territory, and could expect hostile reception from the Brazilian crowd.

Rose defeated Joanna Jedrzejczyk to capture the strawweight title, while Andrade has bludgeoned her way through the ranks to face the champion. The two opponents came face-to-face yesterday during the UFC 237 media day in Brazil leading up to their fight. It was Rose who towered over a much shorter opponent in Andrade (19-6 MMA).

However, the reach advantage won’t mean much if Andrade bulldozes her way into the range and connects with her power shots, which earned her victories over the likes of Karolina and Penne.