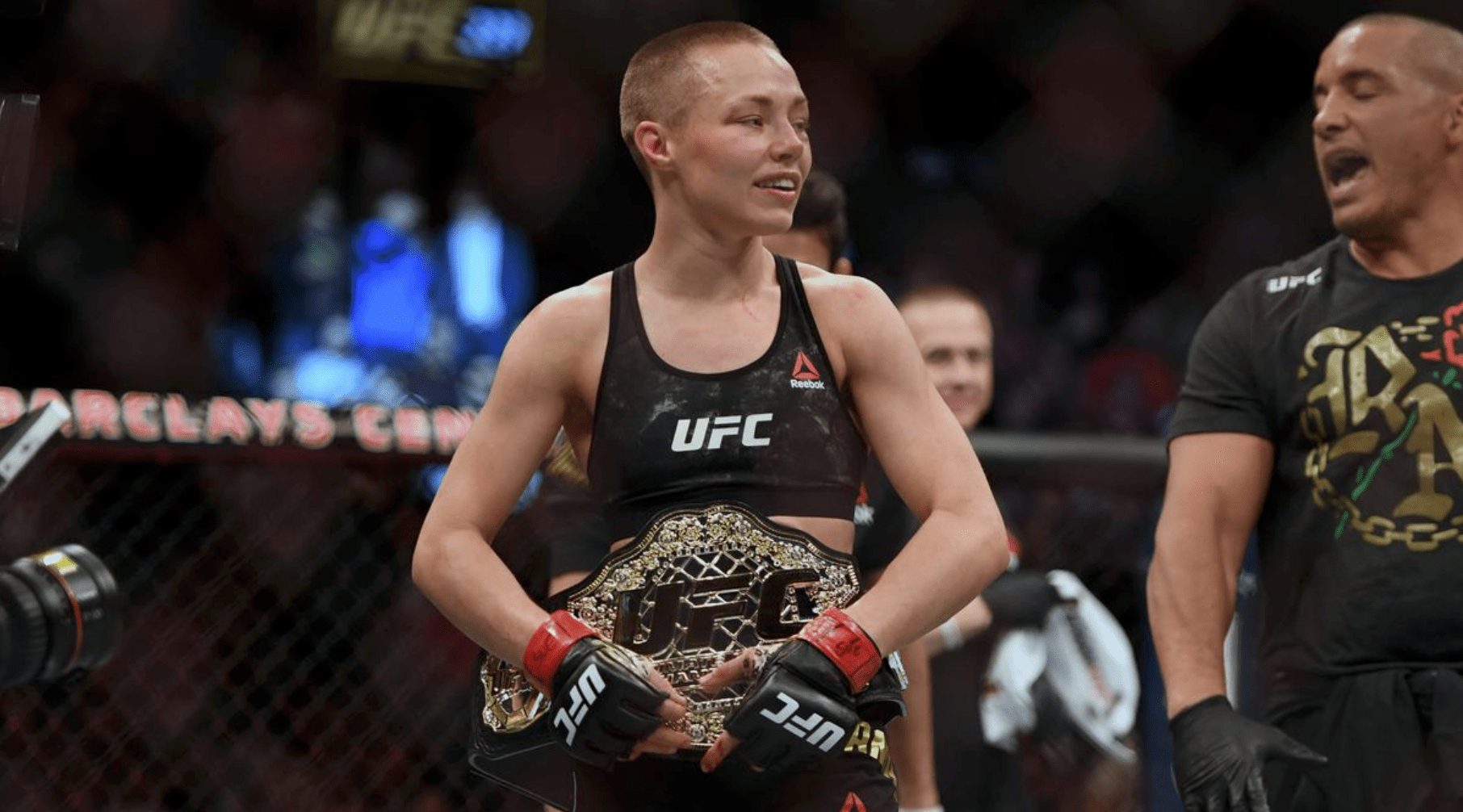 Usually in the UFC, it’s the champion who gets the home advantage, when facing a challenger. However, when Rose Namajunas defends her UFC strawweight title against Jessica Andrade at UFC 237, it will be in Brazilian’s back yard. Talking to Ariel on The Ariel Helwani Show, ‘Thug Rose’ explained that she likes a challenge.

“That’s just how I perform best, you know? I think it’s just a great opportunity.

When asked if she could have had the option to defend the title at home in the US, Namajunas said she was offered UFC 235, in Las Vegas initially but wanted to fight in Brazil.

“I wanted to fight in Brazil.”

At this point, Rose’s long term partner and, former UFC fighter, Pat Berry chimed in that, “She was offered Las Vegas and chose Brazil.”

Namajunas did state that the extra time to prepare for the fight was also a factor in her decision.

“They had told me March 2nd at first so I was getting ready for that anyways. But of course, more time is always better but sometimes you can have too much time and it can be like you’re overtrained and stuff. I took this break for a reason, obviously to heal up and stuff. I’m just looking to get back in there no matter what.”