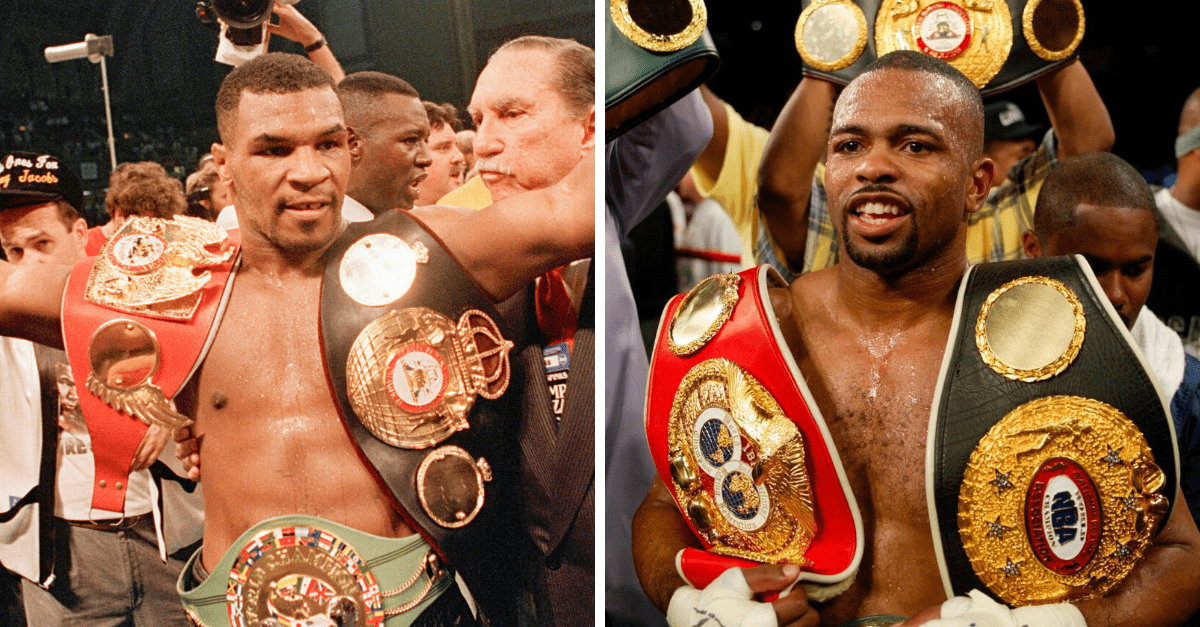 Boxing legend Roy Jones Jr. is set to face Mike Tyson on November 28th in an ‘exhibition’ bout, which according to the 51 year old might descend into an all-out-war.

Speaking to Fight Hub TV (transcribed by The Mac Life), Jones warned Tyson if he comes out all guns blazing in the first round, things might get ugly.

“If he drops me, he better drop me where I can’t get back up,” Jones said.

As one might expect, there has been significant media interest in the return of these two boxing legends. A lot of speculation surrounded the bout being labeled an ‘exhibition match’, sparking the question of how serious they will take the fight.

Jones makes one thing clear for Tyson. Don’t poke the bear! If he doesn’t treat the fight like an ‘exhibition’, it will turn into a war.

“He had an exhibition with Cory Sanders back in 2004. Very first round he dropped Cory Sanders,” Jones stated. “You know what that would have caused [if that was me]? All-out war! If he drops me, he better drop me where I can’t get back up. Because if I get back up, the switch just came on. You gotta be ready, you never know.”

Jones also stated the fight being postponed to November 28th is an advantage for his opponent, as it gives him a chance to get in better shape and cause bigger problems in the later rounds. ‘Junior’ has been relatively active compared to ‘Iron Mike’, with his last professional fight being only two and a half years ago. In comparison, Tyson’s last appearance was a loss against Kevin McBride 15 years ago.

Despite their time off, both fighters seem in incredible shape. Social media has been buzzing from their workout videos in preparation for their upcoming bout.

How serious do you think Roy Jones Jr. and Mike Tyson will take their ‘exhibition match’ on November 28th?