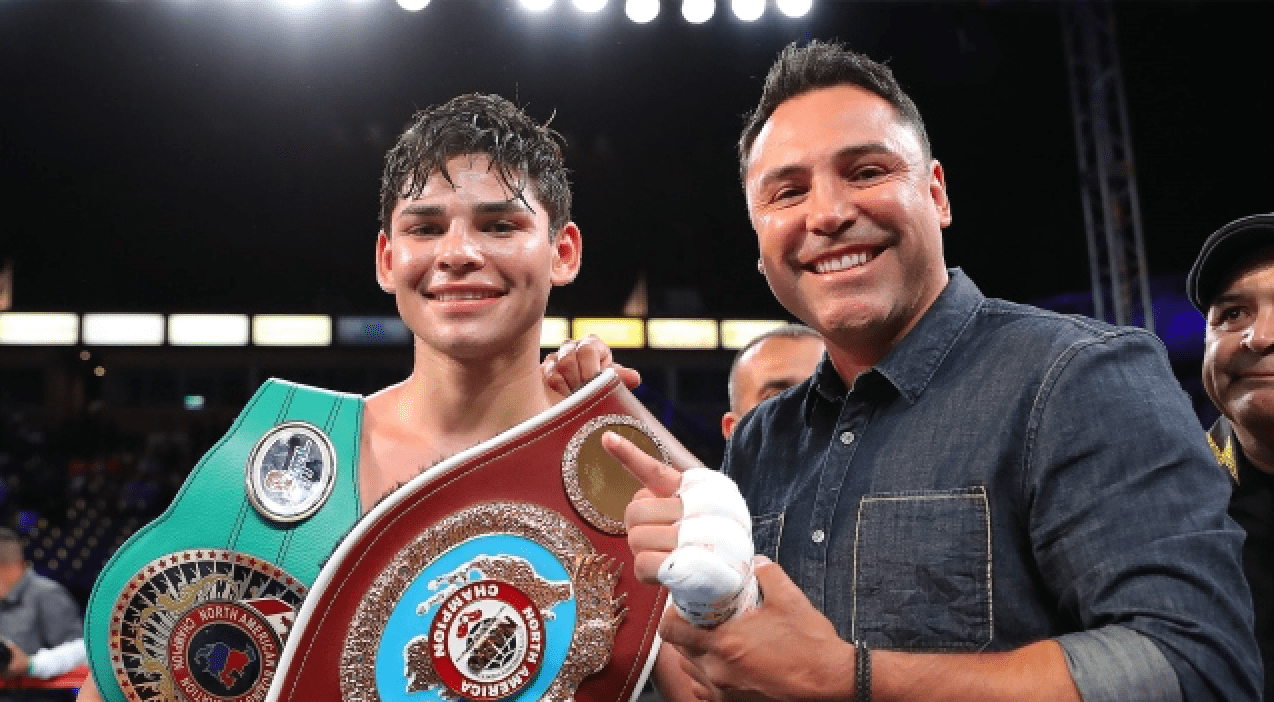 WBC Silver lightweight champion Ryan Garcia, who has been going back and forth with former UFC flyweight and bantamweight champion Henry Cejudo on social media in recent months, has claimed that he would be willing to fight the former two division champion inside an MMA cage. Along with rising MMA star, Dillon Danis.

Speaking to ESPN’s Ariel Helwani (as transcribed by BJPenn.com), Garcia stated however, that he never originally called out Cejudo.

“The only time I’ve seen him was the fight that he had [against Dominick Cruz at UFC 249], when the UFC came back,” Garcia said. “I actually liked his hands a little bit. I wrote him a message. I was like ‘Hey man, you’re pretty good, don’t retire, just keep going.’ I ended up tweeting that and he ended up going crazy. I’m like ‘I didn’t even call you out, my guy.’ All I said was ‘Yo, how would he do in a fight against me?’ cause I thought his hands were good. He took it the wrong way, so I mean, now I’m going to have to knock him out. He’s a cool dude, but I’m going to knock him out.”

Garcia also called out Dillon Danis, referring him as a ‘cloud chaser’ for starting beef with him. Ryan claimed that he had never heard of him and thought he was a fan. But after doing some research, discovered that he was in fact ‘Conor McGregor’s little dog’.

“He’s an ugly little boy. That’s what he is,” Garcia stated. “I have no idea what his beef with me is. He literally started commenting on every video I have, and I’m like ‘Man, this guy’s a big fan.’ I thought he was a fan. I didn’t know who he was. I was like ‘Who is this guy?’ I did a little research and I guess it’s Conor McGregor’s little dog. Something like that.”

The undefeated Garcia went on to say that he has previously trained in wrestling and believes that with his stand up and his wrestling, he could do well in MMA.

“You know what I think I would do, instead of what everybody thinks I would do? I would go in the MMA ring with them. I would be that ballsy to do it,” Garcia said.

21 year old Garcia may have his work cut out however, as both Cejudo and Danis are highly skilled grapplers, Henry is an olympic gold medalist in freestyle wrestling and Dillon is a world class BJJ black belt.

What do you think of Ryan Garcia’s claims that he would be able to take on Henry Cejudo and Dillon Danis in an MMA fight?