Sam Alvey: ‘I’m Like Jim Carrey In The Yes Man’ 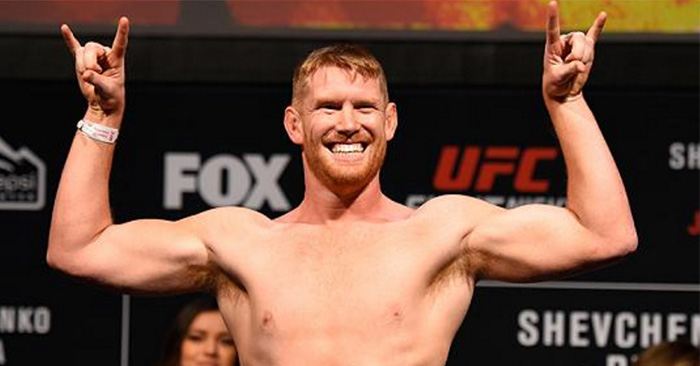 ‘Smilin’ Sam Alvey did not hesitate when he was asked to fill in as a late replacement on the UFC 234 card. The ever-smiling veteran will be facing the undefeated prospect in Jim Crute inside the Rod Laver Arena this weekend, and Sam was in good spirits heading into the fight.

Heading into the fight, Sam Alvey spoke about saying yes when UFC came calling, and compared himself to Jim Carrey in ‘Yes Man’.

“I just kinda say ‘yes’ to fights”, Alvey told Asian Persuasion MMA in an exclusive interview. “It has always been my motto, and it’s now my 17th fight in the UFC, so that motto has worked pretty well for me.”

“I’m like Jim Carrey in the ‘Yes Man’. Just say ‘yes’ and it will all work itself out!”

Alvey was asked to fill in for Ryan Spann, who suffered a hand injury just two weeks before the fight. Sam also spoke about how he would’ve come to Australia sooner, if he was given the chance.

“It was a short notice fight, so I took every second I could get in my gym, and then I came out (to Australia). But I’m feeling good. Not jet lag really, which, even after my first two fights, I jet lagged a little bit. But nothing this time. I’m sleeping the whole night, I’m waking up when I want to wake up, and I’m feeling good!”

Watch our entire conversation with Sam Alvey below.