Sangiao: Bibiano ‘The Flash’ Fernandes Isn’t As Flashy As He Used To Be 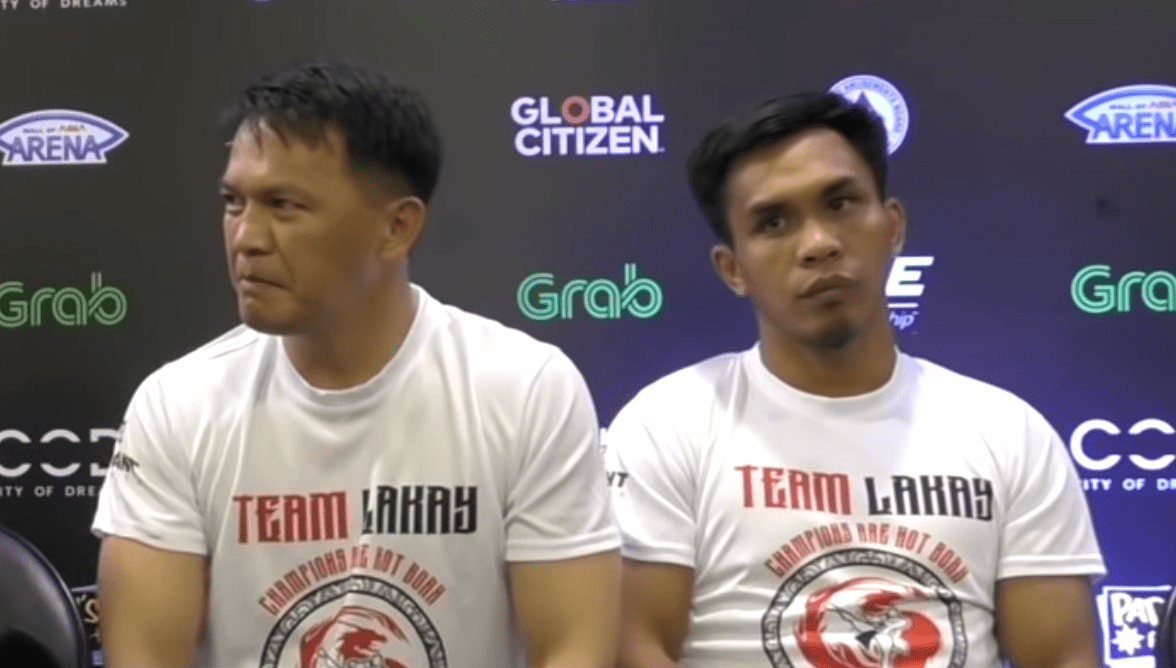 Team Lakay head coach Mark Sangiao believes that his ward Kevin “The Silencer” Belingon has the edge over Brazilian star Bibiano “The Flash” Fernandes when the two lock horns for a fourth time for the ONE Bantamweight World Championship at ONE: CENTURY on Sunday, October 13th at the historic Ryogoku Kokugikan in Tokyo, Japan.

Belingon and Fernandes will be serving as the co-main event on Part Two of ONE: CENTURY, which will begin Sunday afternoon, Tokyo time.

“Obviously, both sides want to win. Bibiano wants to win and keep his belt, but I know that Kevin wants to win and reclaim the belt even more,” said Sangiao. “From what I see with Kevin, he’s focused and fully determined to get his belt back, and I know it’s going to be a clean fight this time around.”

Belingon and Fernandes split their first two meetings, with Fernandes successfully defending the title against Belingon back in 2018, before the hard-hitting Filipino worked his way back up and dethroned the Brazilian legend back in 2018.

In their third meeting at ONE: A NEW ERA in Tokyo earlier this year, Belingon lost due to disqualification after strikes to the back of the head left Fernandes unable to continue. The Team Lakay star also lost his title back to Fernandes in the process.

With a fourth matchup on deck, Belingon and Fernandes likely know each others tendencies like the back of their own hands, but Sangiao remains cautious, especially given Fernandes’ pedigree.

“Based from what I’ve seen with Bibiano in his last few fights, obviously we still have to watch out for new wrinkles of his game. Bibiano is still one of the best fighters in the world, and he’s a veteran of the sport so he will always have weapons up his sleeve.”

Youth and diversity, Sangiao believes, will be on Belingon’s side.

With Fernandes approaching 40 years of age and with 27 matches on his record, Sangiao says that he’s noticed that “The Flash” isn’t as flashy as he used to be.

Hungry and motivated to regain his spot at the top of the bantamweight division, Belingon will surely be looking to end things against Fernandes in highlight-reel fashion. Regarded by many as one of Team Lakay’s most vicious and aggressive competitors, look for “The Silencer” to look for the finish in any way possible.

“That’s really how Kevin fights. He’s a predator. We’ve seen since the beginning, in his past performances that when he gets the chance, when he smells blood, he is going to pounce and go for the finish with everything that he’s got.”

“That’s what we’re trying to address in training, whatever happens in the fight, he needs to be able to keep that same energy up until the final round,” Sangiao concluded.