Sasha Palatnikov Ready To Represent Hong Kong In The UFC 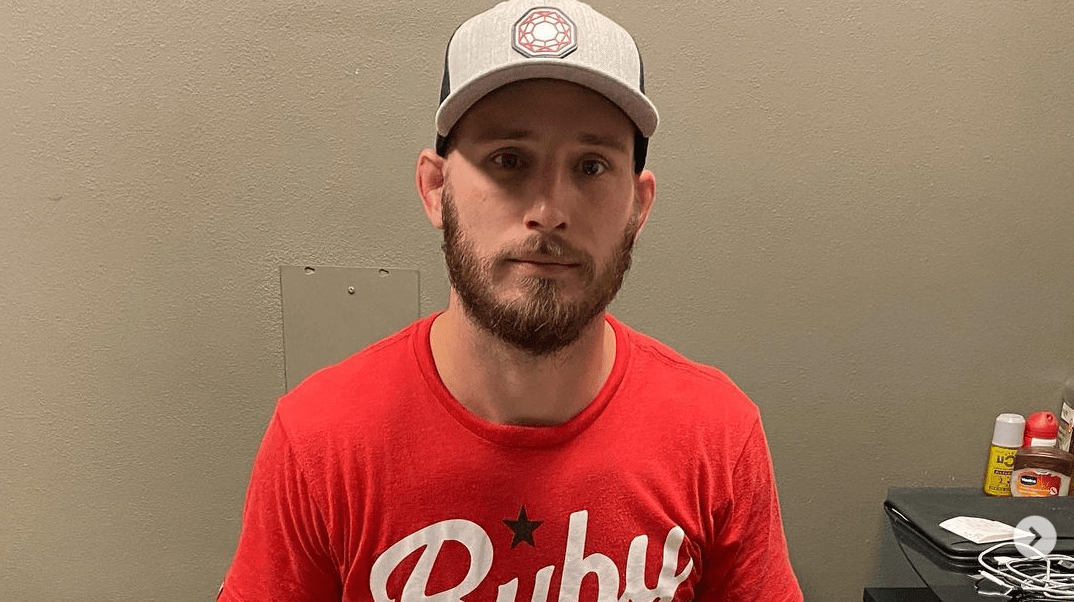 At UFC 255, Sasha Palatnikov will become the first-ever UFC fighter to represent Hong Kong, where he will be making his debut against Louis Cosce in a welterweight bout.

A year ago, Palatnikov decided to follow his dream of fighting in the UFC by moving to Las Vegas. This weekend, that dream will become a reality. In an exclusive interview with Asian Persuasion MMA, he said that it is something he’s been working for for ten years.

“Nothing better than a plan comes out and works in the end,” Palatnikov said. “This was a goal that I’ve been striving for for the past ten years when I fully committed to the sport. Moving out to Las Vegas was probably the best decision I made in my career.”

With the coronavirus, the timing of Palatnikov’s move to Vegas was rather impeccable.

“This year has been a rollercoaster ride of ups and down,” said Palatnikov. “But it all started to come together in the second half of the year. Getting the opportunity to compete in Dubai. Not long after that, signing with Ruby [Sports and Entertainment Management]. And here we are, now I am signed with UFC. And I’m making that debut on Saturday.”

“I’ve Lived All Over The Place”

For Palatnikov, this big move is nothing new. Though he lives out of Hong Kong, he has US citizenship, which has made it easy for him to train out of Syndicate MMA in Las Vegas. But it’s thanks to a former coach that he has been able to return to the United States, and finally make his UFC debut.

“If there’s one thing about me and my life, I’ve lived all over the place,” Palatnikov said. “Living out of a suitcase has never been a problem for me. Being back in the States was always kind of in my mind. It’s a place that I like to be, especially because the UFC is here. It all just came together.

“My former coach who I used to train with at the Blackzilians, he’s based here in Las Vegas. We’ve been communicating for years and he’s been trying to get me out here. He thought it was a good opportunity for me to be out here. When he invited me and said I could come and stay, and he would help me get situated, it was just a blessing. It all just worked out perfectly and here we are.”

Stepping into the Octagon at UFC 255, Palatnikov will become the first fighter in UFC history to represent Hong Kong. For him, this holds a lot of significance. It is also one of many goals he looks to accomplish as a Hong Kong fighter, which includes winning a title.

“It’s amazing,” Palatnikov said. “It’s one of the best feelings. Like I said, it’s a goal that I’ve been striving for for some time. Winning my first world title (the AFC middleweight title) as a Hong Kong representative was also a big tick on that box. I think that’s probably what also made me an attractive signing for the UFC.

“I’ve been able to compete in six different countries around the world in seven professional fights. This stuff’s what I love to do. I don’t have any discomfort in traveling and being out of my comfort zone. This opportunity is almost like a home field advantage. I’m just super excited to put everything on display for the people, and the fans that will be watching.”

“Born And Raised In Hong Kong”

While he does hold American citizenship, the 31-year-old is a true born-and-bred Hong Kong fighter. His formative years in the country may have been instrumental in shaping Palatnikov into the fighter he is now.

“I was born and raised in Hong Kong,” said Palatnikov. “My father was a former world champion high diver. He traveled around the world performing. I guess we’re both performers in our own right. He’s a tough guy. He put me in martial arts at a young age because I was just full energy and a bit of a brat.

“Back in those days in Hong Kong, it was a hard and tough environment where if you weren’t in line, you’d get smacked. You learn from an early age to have discipline and keep in line. Throughout that, I was into my martial arts.”

“This Was What I Was Supposed To Do”

After representing Honk Kong at Rugby throughout his teens, brought to an end due to injury, and a little spell playing American Football, Palatnikov begun fighting full-time at 19. He first started out as an amateur fighter but turned pro soon after, realising that it was his true calling. He hopes he can give UFC fans a show with his fighting style.

“Not long after that, I was competing at the amateur level and helping professionals get ready for fights,” Palatnikov said. “People were telling me that I could do this so I built my confidence that way. Once I got my first amateur fight, I knocked the guy out in 36 seconds. I just had this feeling inside of me that this was what I was supposed to do. I enjoy performing, I enjoy doing it in front of people. It was something that came very natural to me. I don’t have any emotions when I fight. I’m very calm in there, and it’s been like that every single fight. Same thing’s gonna happen in the UFC.

“I don’t believe in nerves. I just believe that if you have goal in your mind, it’s just gonna come to fruition. I’ve had some ups and downs in my career but I just know that everything has just come into place right now. [I have] the opportunity to go out there and represent Hong Kong and entertain everybody. I just hope they love what I’ve been working on because I have a unique style that I think a lot of people will enjoy. I’m a striker. I like putting people out and if I can continue to do what I’ve been doing, I think I can have a big career in the UFC.”

Unlike most fights, Palatnikov took his fight on just two and a half weeks’ notice. However, he is undeterred by the short amount of time he will have to prepare for his UFC debut. He is also treating this fight just like the rest of his seven previous mixed martial arts bouts.

“To me, it’s just a fight,” said Palatnikov. “I’ve never had that opportunity to be the first fight of the night so it’s kind of cool. I’m just fully focused on this fight, I’m fully focused on this opponent. Even though it was only two and a half weeks’ notice. I’ve fought guys on five days’ notice. As long as I’m constantly training and I’m healthy, there’s no excuses for me. I’m fighting a tough guy, these are all things I’ve got to take into consideration. In the UFC, there’s no easy fight. This is just another fight. I’m just super excited. A fight’s a fight. We’re in the cage, they lock that door, we get the result and that’s all that matters.”

“It’s Gonna Be A Banger”

Palatnikov is taking his opponent at UFC 255 seriously. Cosce is a former Dana White’s Contender Series winner. With that said, the Hong Kong-born American has done some studying ahead of their showdown on November 21st.

“Louis and Orion [Cosce] came through together,” Palatnikov said. “Both are tough guys. They’re both out of California. You can see it on his record, he’s got a lot of finishes. I don’t think he’s been out of the first round often. I’ve watched a few of fights. Every fight I feel like is gonna be tough fight in the UFC. There’s no easy fight so I just gotta make sure that I do everything that is planned and prepared.

“I know he’s gonna bring the heat. He’s already been telling people that he’s gonna try to break me and try to finish me. I’m ready and I’m gonna be waiting for it. Let’s see what he’s got. Hopefully, he can keep up with what I have. It should be a really fun fight. I think it’s gonna be perfect to kick off the UFC 255 card with this fight. I think it’s gonna be a banger. I’m not going to shy away, I’m going to fight my game. People respect the art of martial arts. They’re gonna see something that I feel like they don’t always see. Should be good fun.”

Will Sasha Palatnikov become the first Hong Kong fighter to win in the UFC?