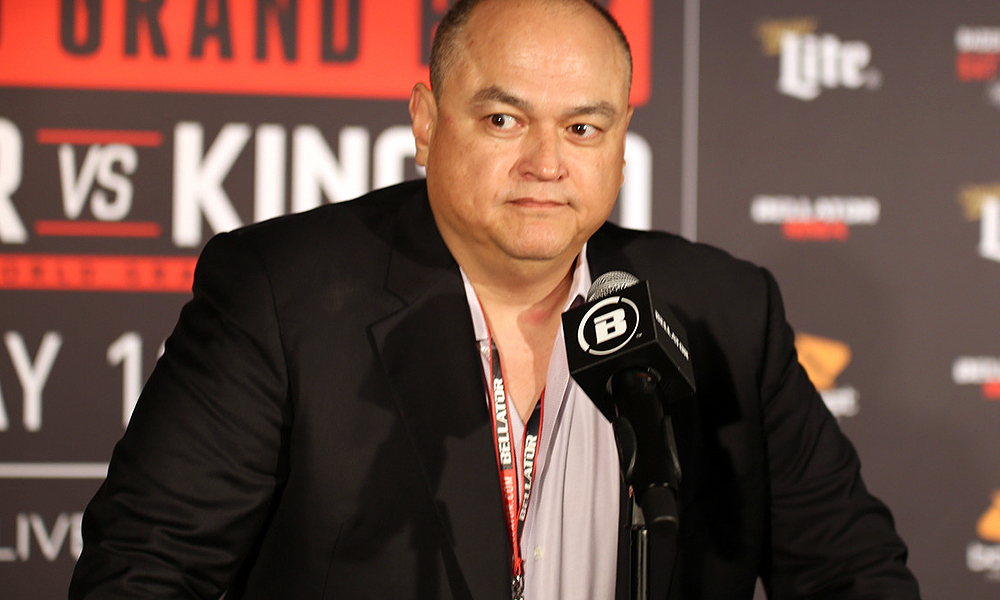 Scott Coker isn’t someone to shy away from giving his perspective on the sport of MMA. Bellator MMA’s head honcho was accessible to the MMA media ahead of Bellator 214, and Coker was asked about the recent Jon Jones’ fiasco, and CSAC’s handling of the situation.

If you’ve been living under a rock, Jones got popped for a banned substance in December ahead of UFC 232. This forced the promotion to shift the entire pay-per-view from Las Vegas to Inglewood, with NSAC refusing to give Jon his license.

While Dana White, Jeff Novitzky and CSAC Director Andy Foster claimed that the substance found in Jon’s system wasn’t new, it was revealed two days ago that Jones once again tested positive during the weigh-ins — a test conducted by VADA. This once again opened the vexatious discussions about PEDs and UFC protecting Jon Jones.

So when Scott was asked about the chain of events, he expressed his disappointment in CSAC. “From a company standpoint, I think it’s very disappointing,” Coker told reporters (transcript via MMAjunkie). “You go out there, and you put your reputation on the line for health and safety and all the weight-cutting things.”

“We’ve always supported the commission and will continue to support the commission,” he continued. “But listen, if a fighter has (performance-enhancing drugs) in him, he’s got PEDs in him. That’s how I feel.”

“To be the judge, jury and executioner now – it’s a little bit challenging for me to accept, but it is what it is,” Coker concluded. “We’re going to go by the commission rules, and we will continue. But I don’t think that was the right call and that was (CSAC Director Andy Foster’s) call to make. And, really, the commission for 32 years, I’ve been with the California state commission, I think this is one of the few times I’ve said, ‘Hey, this is not right.’ We’ll see what happens with that.”

Shortly after Scott spoke his mind, the Director of the California State Athletic Commission, Andy Foster spoke to MMAJunkie. Coker and Foster have a good working relationship, with Bellator MMA putting on a large chunk of their events annually in the state of California.

“I like Bellator, and I like Scott Coker. The Bellator staff are a pleasure to work with,” Foster wrote of the Jon Jones situation. “Having said that and very respectfully, Mr. Coker has not reviewed the science documents that I have and, to my knowledge, has not spoken to the scientists who are the world’s foremost anti-doping experts on this subject. My decision was based on the conclusions of scientists. The scientists say there’s no re-administration. I’m relying on the expertise and experience of scientists. If or when the scientists tell me something different, I will alter executive discretion accordingly.”