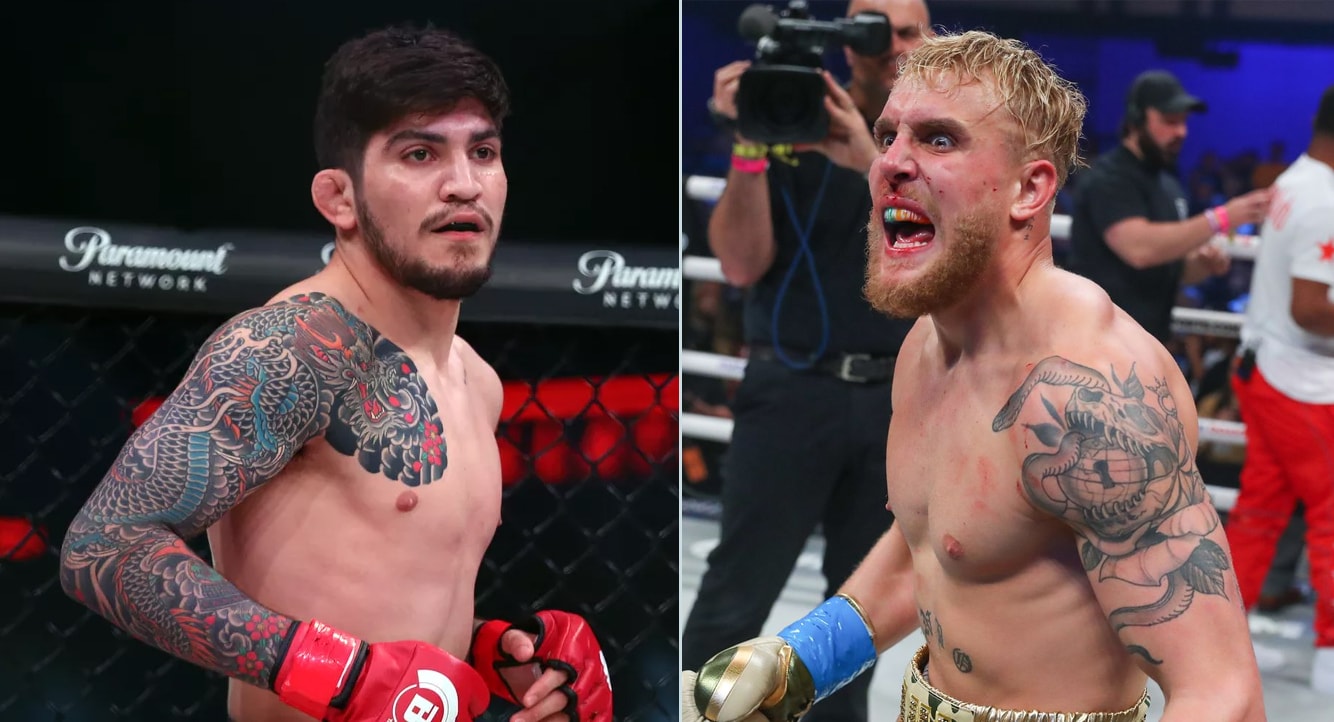 YouTuber turned boxer Jake Paul has challenged several MMA fighters to a boxing bout in recent weeks, and he might have his wish granted soon.

Paul improved his professional boxing record to 2-0 last month by beating NBA star Nate Robinson, via a second-round knockout. The young YouTube sensation is buzzing with confidence and believes he can beat some of the world’s best mixed martial arts fighters, including Conor McGregor, Jorge Masvidal, and Ben Askren, in a boxing ring.

He has also been trading shots online with Jiu-Jitsu sensation Dillon Danis, who is very serious about fighting Paul.

Speaking to the media ahead of Bellator 254 (as transcribed by MMA Junkie), Bellator chief Scott Coker revealed that a fight between Danis and Paul is going to happen at some point in the future. Whether it’s in a boxing ring, or a car park.

“Believe me, those calls have been happening for a year,” Coker said. “I’m sure Dillon would love to fight him. My only thought is again, why do the guys always have to go to boxing? Why don’t you come to MMA? Why don’t you test yourself here as a complete fighter, as a mixed martial artist. If they’re willing to do that, maybe it’s one for one, [and] we sign a two-fight contract. We’ll let them go do boxing and come back and do MMA, then I think that’s a little more appealing for us.

“But never say never, and a lot has to do with what Dillon wants to do, but he’s gung-ho. He’s all for it. These guys have been barking at each other for two years now, and I’m sure at some point it’ll happen. What does it look like? I don’t know, but I’m sure at some point something will happen. Whether we do it or they end up in a parking lot somewhere, it’s gonna happen, so we’ll see.”

Danis has not fought since beating Max Humphrey at Bellator 222 in June 2019. He is recovering from a reconstructive knee surgery he had in March, and there is no set timeline for his return to the Bellator cage.

Would you like to see Dillon Danis vs Jake Paul inside the boxing ring?