Scott Coker On Recent Signings: Too Bad For UFC, Good For Bellator 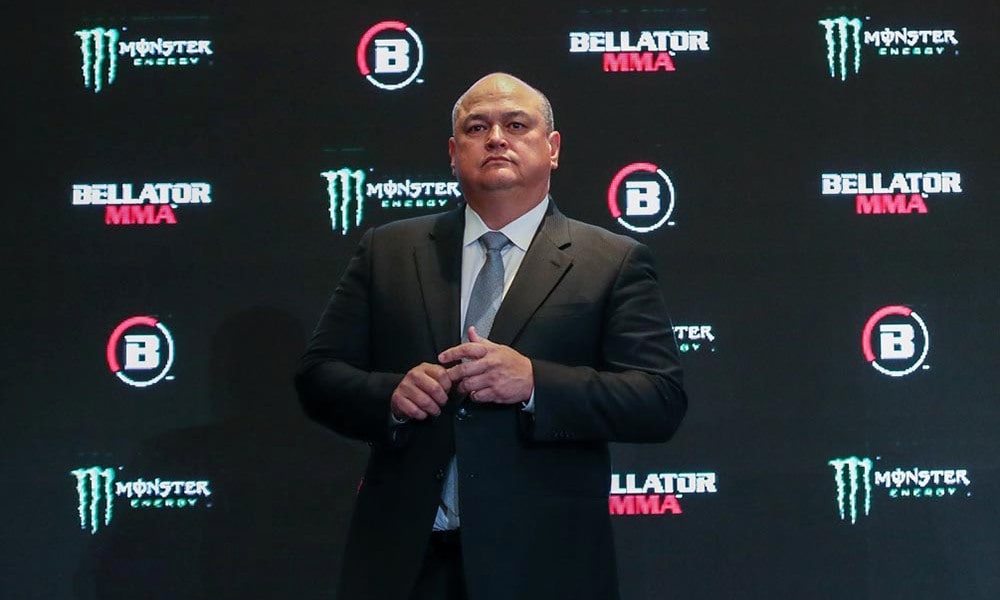 The UFC’s recent downsizing has seen some high profile names, including Yoel Romero and Anderson Silva, part ways with the organisation after years of loyal service.

“We’re A Better Fit For Those Guys”

With so many incredible fighters available to sign, Scott Coker has made some big moves in recent months. Speaking to MMA Fighting, the Bellator president said that he is surprised that the UFC has parted ways with fighters like Romero, Anderson, and Johnson, but he is happy to have all of them on board.

“You’re talking about a couple of guys that really made a difference in their division,” Coker said. “I’m surprised they didn’t want to keep them. To me, it’s a great opportunity for us.

“To be honest, I think we’re a better fit for those guys. They’ll have a great home here. I think they’re going to be extremely happy here. A couple of the guys that I talked to, they wanted to make the move. They wanted to come to Bellator. People see when they get here how we treat the fighters and how it’s a family atmosphere. Yes, it is a business, so we run like a business but it’s really run a lot different than other organisations.”

While some fans were shocked to see the UFC release so many quality fighters, Coker is genuinely happy about how the situation has played out in his favour, as he has been able to beef up his already strong light heavyweight division.

“At the end of the day, I think the fighters wanted to be here,” Coker insisted. “They made the move to be here. I think each one of those guys had different circumstances with their past employer and I don’t think that they wanted to take this fight or that fight and some ultimatums were thrown around is what I heard. It just didn’t work out.

“Too bad for them, good for us and now look at that light heavyweight division we have.”

With the addition of Romero, Anderson, and Johnson in the Bellator light heavyweight mix, which already has Ryan Bader, Phil Davis, and reigning champion Vadim Nemkov sitting at the top, Coker believes that he has the best 205lbs division in the world.

“There’s no doubt in my mind [we have the best light heavyweight division],” Coker said. “First of all, I think Nemkov is the best fighter on the planet at 205, until he gets beat. I think that’s going to be my position. Because I’ve never seen Ryan Bader get dismantled like the way he did against Nemkov.

“You’re talking about a guy that can wrestle, can strike, got a complete game. Top pound-for-pound rated in the world. Top rated in the 205-pound weight class and he won a heavyweight tournament. He’s a serious athlete, this guy is a killer. Nemkov just kind of did his thing with him.”

The light heavyweight division has historically been the centre of attention because of legends like ‘Rampage’ Jackson, Chuck Liddell, Randy Couture, Tito Ortiz, and Jon Jones among others, and Coker claims that Bellator’s current lineup is the second wave of the light heavyweight golden era.

“The sport of MMA really was built, I believe, on the light heavyweight division,” Coker stated. “Back in the day when you had ‘Rampage’ Jackson and Tito and Chuck and Couture and to me this is the second wave of 205-pound killers that all assembled under one roof. They can all fight each other and have some great fights in 2021 for Bellator.”

Anderson debuted in Bellator in November last year at Bellator 251, beating Melvin Manhoef via second round TKO. There are also rumours of a potential fight between Romero and Johnson, but it’s still up in the air.

With Yoel Romero and Anthony Johnson now in the promotion’s 205lbs equation, which Bellator light heavyweight matchup are you looking forward to the most?