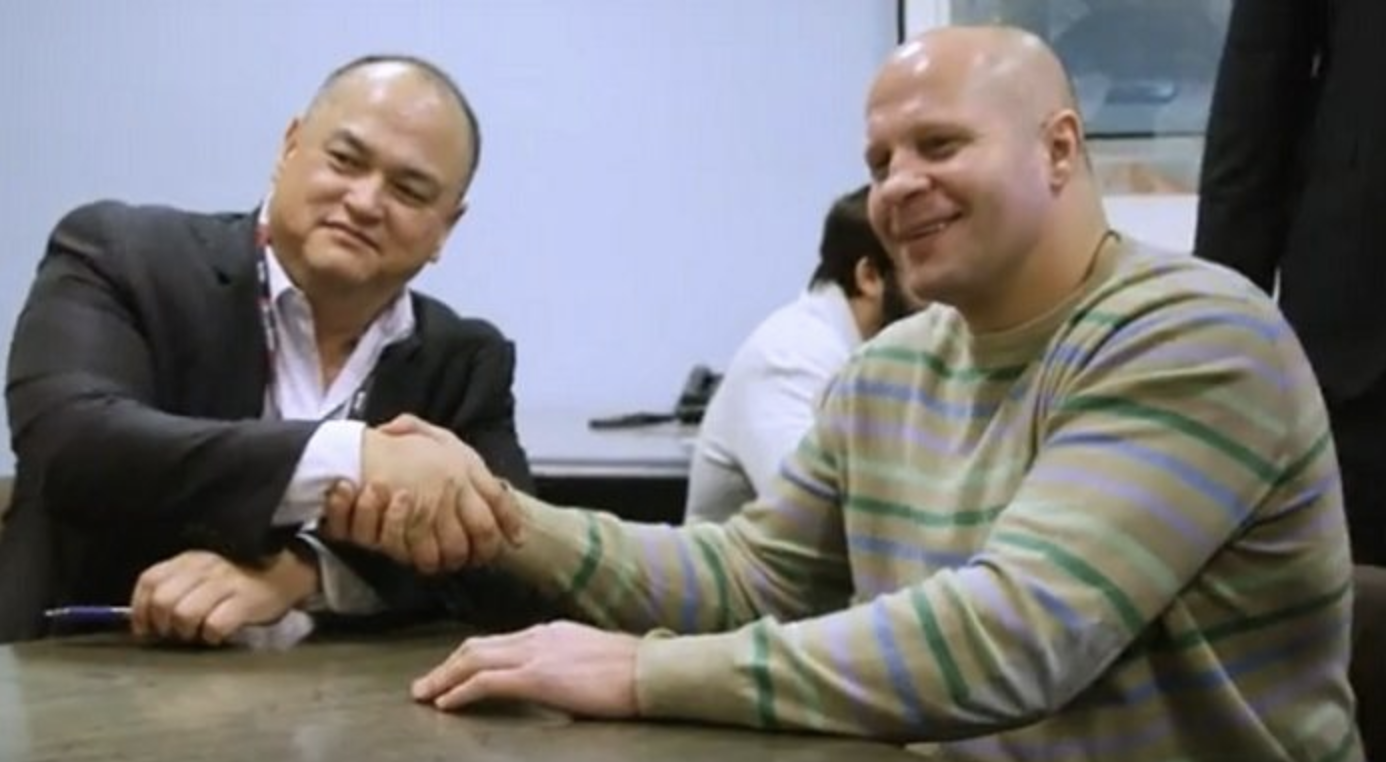 Whilst on yesterday’s The Ariel Helwani Show, Bellator president Scott Coker revealed full details of the Bellator Featherweight World Grand Prix. As well as announcing the sixteen names that will take part in the 145lbs tournament, Coker also revealed his plans for Bellator’s end of year show.

If Coker gets his way, he’d like to take his promotion to Japan and pit Fedor Emelianenko against the likes of Quinton ‘Rampage’ Jackson or Josh Barnett.

Coker and Rizin president Nobuyuki Sakakibara, have worked together for over ten years and in the last year the two have joined forces again, as Bellator and Japanese promotion Rizin, have collaborated on several cards.

“That’s something that we’re definitely working on. It’s a situation where we haven’t finalised the details, Sakakibara and myself. Once that gets done, we can talk about the athletes. I would love to have Fedor fight in Japan because I think it’d be so much fun to watch that fight. Whether it’s a Japanese fighter or he fights ‘Rampage’ Jackson, or Josh Barnett, or whoever, I think it would just be a magical night to see him back in the Bellator cage in Tokyo.”

Sakakibara is known for putting on spectacular end of year shows, in Pride back in the day and more recently, in Rizin.

Fedor is regarded as one of the greatest MMA fighters of all time and made a name for himself beating some of the biggest names in the game, in Pride. The 42 year old is coming off of a loss against Ryan Bader at Bellator 214, in the final of the Bellator Heavyweight World Grand Prix. Prior to that, Fedor scored TKO wins over Frank Mir and Chael Sonnen.

‘Rampage’ last fought almost a year ago, when he beat Wanderlei Silva, via a TKO with just one second to go in the fifth round. Barnett hasn’t fought for almost three years, when he submitted Andrei Arlovski at UFC Hamburg.