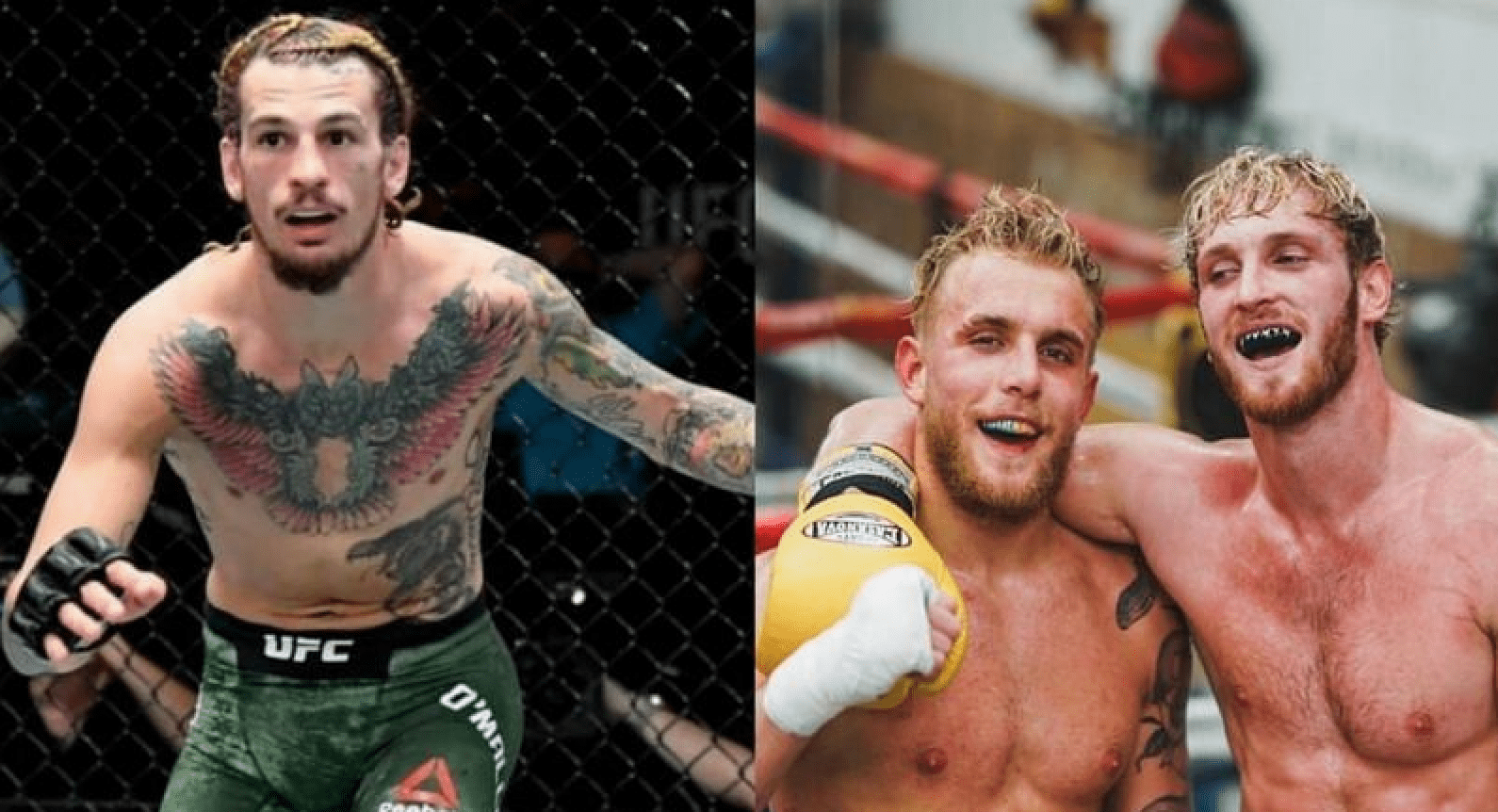 Sean O’Malley says he may go and train with Jake Paul ahead of his upcoming boxing match with former UFC welterweight champion, Tyron Woodley.

Woodley, who was released by the UFC after his loss to Vicente Luque at UFC 260, will make his professional boxing debut against Paul on August 28th. Last week, the pair came face-to-face in a media event hosted by Barstools Sports chief Dave Portnoy, and exchanged heated words during their face-off.

Most people in the MMA community are backing Woodley to silence the noisy YouTuber, but some, including O’Malley, are backing Paul to get the job done.

Speaking to The Schmo (as transcribed by BJPenn.com), O’Malley said that he’s a huge fan of Jake and his brother Logan Paul, and aspires to entertain fight fans just like they do.

O’Malley isn’t a huge fan of boxing, but says he loves watching the Paul brothers compete, and is super excited for Jake’s upcoming fight with Woodley.

“I’m very excited for that fight. I don’t watch boxing. I literally just don’t watch boxing. I’m not interested in it. It doesn’t excite me,” O’Malley said. “If a big is fight coming up I don’t watch it. I watched Jake versus Ben [Askren]. I watched Logan versus Floyd [Mayweather], and I’m going to watch Jake fight Tyron. I’m super excited for that fight stylistically. I think Jake can get the job done. I do. I like Tyron. I’m a huge fan of Tyron but, I’m boys with Jake. I actually might go out to Puerto Rico towards the end of his camp. Go out there and train with them a little bit, hang out. Good fight. I’m going to watch it, I’m excited.”

O’Malley is set to face Louis Smolka at UFC 264 on July 10th. The pay-per-view card is headlined by Dustin Poirier vs Conor McGregor 3.

Do you share Sean O’Malley’s enthusiasm to watch Logan and Jake Paul fight?