Sean O’Malley On His Loss To Marlon Vera At UFC 252: I’m Not Humbled 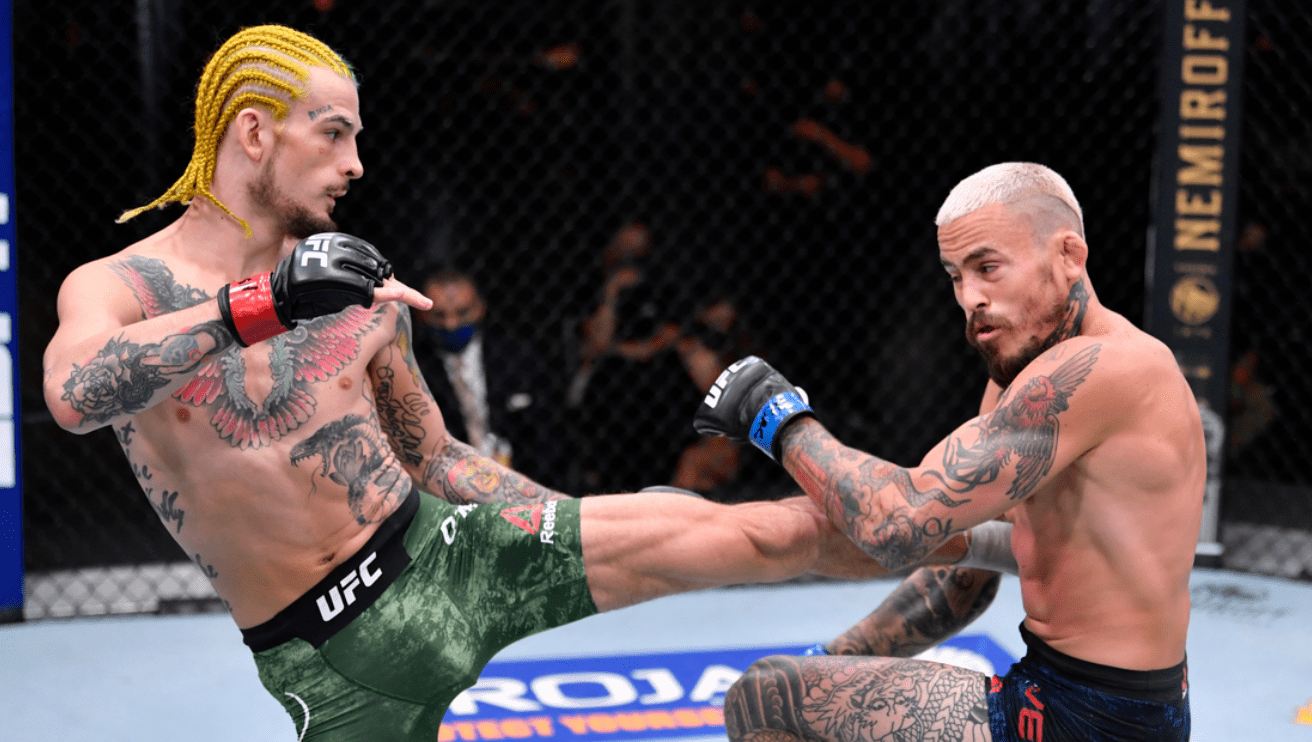 Unfortunately for ‘Suga’, he suffered an ankle injury early in the first round, and Vera subsequently got the fight to the mat and ground-and-pounded his way to the victory.

O’Malley opened up on his loss to Vera during his podcast The Timbo Sugar Show (transcript by MMA Fighting), which he hosts with his best friend and head coach, Tim Welch.

“The way his pace was, super slow like that, and I was exploding into shots, I wasn’t gonna get tired and I was just gonna beat his ass. I don’t know if I was gonna get a finish in that first round. He was tough and he was patient, which was fine, because that’s easier for me, he wasn’t doing anything, he was standing there. It f***ing sucks.”

O’Malley felt like everything was going his way, up until he injured his ankle.

“Even in the back warming up, everything was perfect. I’m in good shape, I’m in f***ing good shape,” he said. “I’m breaking this motherf***er, hundred percent in my mind. Get back there, doing our warmup, everything’s going perfect. About five minutes before they said, ‘Alright, we’re gonna walk,’ I go, ‘Hey Brandon (his movement coach), do you think you can f***ing loosen up my ankle brace, it’s f***ing tight.’ So he’s sitting in the back, loosening up my ankle braces because they were so tight.

“We walked out, everything felt good. Got in there, was in front of him, I’m like, in my mind, ‘This is easy. He’s slow. He can’t hit me.’ … If he can’t hit me and he can’t take me down, I didn’t think he’d be able to take me down because he was so slow. I remembered the pain that I had in the top of my foot, the Lisfranc surgery, had the same pain, but all around my ankle. I remember dragging my foot up against the cage like, ‘F***.” Even still, [I] didn’t feel in danger.”

After referee Herb Dean stopped the fight, Vera jumped onto the cage to celebrate the biggest win of his career. Which didn’t impress O’Malley.

“Dude, I knock out Eddie Wineland, I peace. That was easy,” he said. “He gets lucky and beats me and jumps up like he just f***ing won the lottery, that just showed me what kind of a bitch he was.”

After beating ‘Suga’, Vera stated that Welch’s comments towards him prior to his walk out to the Octagon at the UFC APEX, speared him on. O’Malley’s coach however, defended his actions.

“If you had a friend that was going into a fight and you knew that just possibly if you said something it could f*** with the other guy’s head a little bit. Possibly,” Welch said. “Maybe not, maybe it would. And you had the opportunity to say something, would you say it? It’s a possibility that it could help when he’s trying to f*** the other guy up and take half the money.

After the loss, O’Malley took to social media to say he was ‘humbled’. It turns out though that ‘Suga’ wasn’t very humbled.

“The thing is we picked the date. We picked the time,” O’Malley said. “We both walked out and then it doesn’t matter what the f*** happens. Whoever wins, however they win, wins. So he won. It sucks for me because I’m like, I lost to someone who I look at as not very good.

“I look at him and I’m like, he’s not that good. And I f***ing lost to him. That’s the most frustrating thing. And that ‘humbled’ post was a f***ing joke, so everyone commenting stupid s***, I’m not humbled.”

Would you like to see Sean O’Malley and Marlon Vera run it back?