Shawn Porter Is The Latest Fighter To Call Out Manny Pacquiao 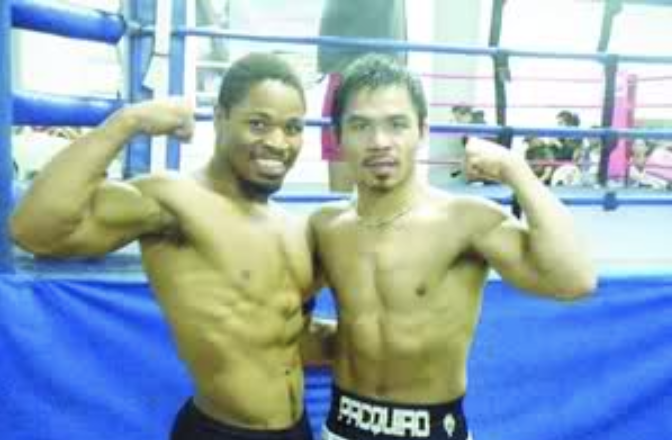 No sooner has Errol Spence Jr. called out Manny Pacquiao, but his opponent next month, Shawn Porter, has followed suit and called out the Filipino legend.

Porter and Spence are set to meet on September 28th at the Staples Center, Los Angeles. Porter’s WBC welterweight title and Spence’s IBF welterweight title will be on the line. And if the winner gets their way, they will face Pacquiao next. Speaking to TMZ Sports, Porter revealed his masterplan.

Asked why everyone is calling out Pacquiao right now and Porter, who has a professional record of 30-2-1, responded that it’s because the 40 year old is the greatest of all time and a living legend.

Pacquiao is coming off of an impressive performance against Keith Thurman last month, which saw him win the WBA (Super) welterweight title, winning via a split decision.

After beating Thurman, Pacquiao again called for a rematch with Floyd Mayweather. But instead of showing any interest in a rematch, Mayweather threw shade Pacquiao’s way.

Speaking recently, boxing legend Sugar Ray Leonard, stated that he believes that Pacquiao and Mayweather should have a rematch. And although Mayweather has shown no interest in a rematch with ‘Pac Man’, the same can not be said for Thurman. He stated last week that he may have to fly to the Philippines to ask Pacquiao for a rematch.

Would you like to see the winner of Shawn Porter and Errol Spence face Manny Pacquiao next?