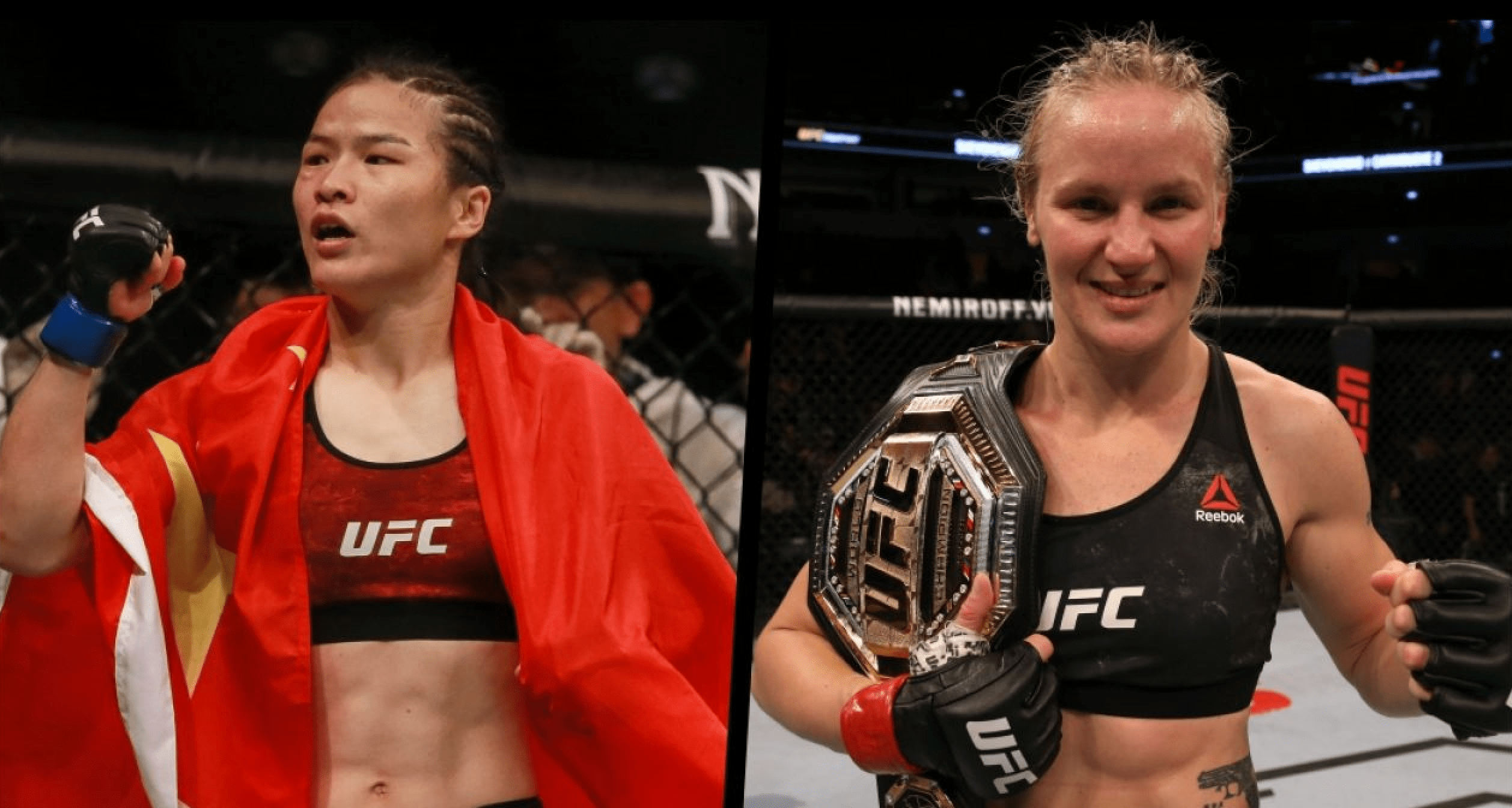 The UFC currently has three killers as their champions in their women’s divisions. Amanda Nunes in the featherweight and bantamweight divisions, Valentina Shevchenko in the flyweight division and Zhang Weili in the strawweight division. And as has been the trend in recent years, there are lots of calls for champion vs champion fights.

Nunes and Shevchenko have faced off twice before, with the Brazilian coming out on top both times, it is expected that the two will face off for a third time at some point. And while Zhang is yet to defend her 115lbs title yet, there are already calls for China’s first UFC champion to fight Valentina.

Speaking to MMA Fighting however, Shevchenko put the breaks on the idea. Saying that Zhang needs to prove she deserves a shot at her flyweight title first.

“My thoughts on this, as you mentioned, inside 125 [pound] division, I agree to fight with anyone who goes all the way on the top, gets their position and ready for the fight, ready for the title. I accept to take anyone. But you know, for example, in this situation with a different weight class it’s not just like this — I accept it, I take it.

“I think that the person who tries to get this fight has to show and prove that she’s deserving this opportunity.”

Shevchenko went on to point out that Zhang is yet to prove that she is the best strawweight in the UFC.

“A few months ago nobody knew the name of the Chinese girl Weili. I don’t know what number she was but because of lucky circumstances she became champion but she still has to prove that she is in the right place and she’s there because no one is better than her.

But while Shevchenko states that Zhang isn’t deserving of a shot at her title right now, she reiterated her point that she would entertain the fight once Zhang has proven to be the true UFC strawweight queen.

“She has a lot of things to prove yet. I’m really open but I would say I would accept it with someone who will show that they are there [at the top].”

Shevchenko defends her flyweight title this coming weekend against Katlyn Chookagian at UFC 247. While Zhang is set to defend her strawweight title against the former champion Jedrzejczyk at UFC 248.

Would you like to see Valentina Shevchenko vs Zhang Weili down the road?