Shinya Aoki Lays Out His Plans, Open To Fighting ‘Sexyama’ 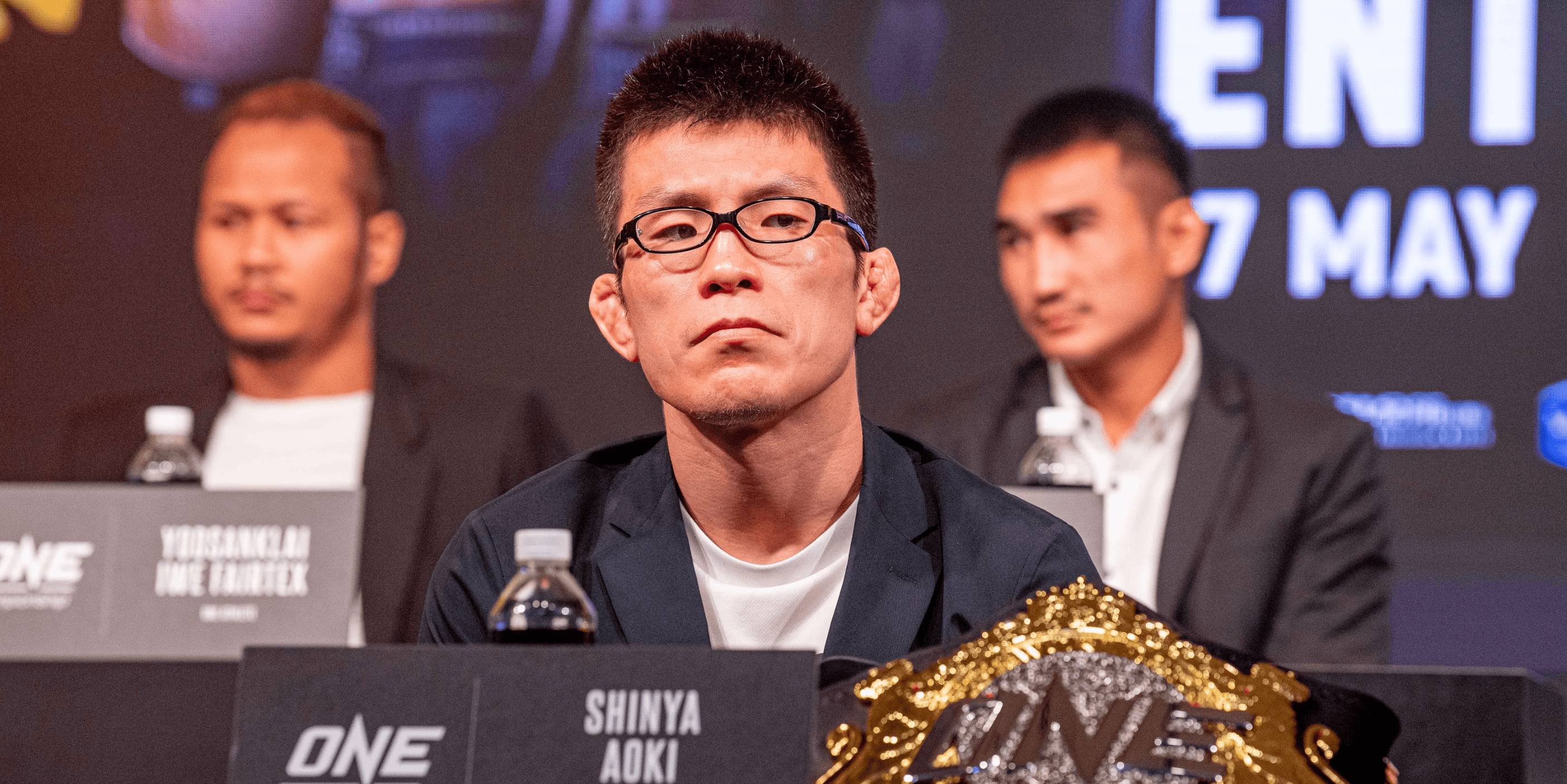 After losing the ONE lightweight title back in 2019, Shinya Aoki has been on a three-fight winning streak, with his most recent win coming against former welterweight title challenger James Nakashima via submission at ONE: Unbreakable.

‘Tobikan Judan’ now holds the record for the most submissions in the promotion’s history. Speaking to ONE Championship however, Aoki modestly said that he got lucky against Nakashima.

The Japanese submission specialist’s victory is also an example of defying father time, as he turns 38 in May. For Aoki, he believes that age is just a number.

“I don’t really care. Age doesn’t really matter,” Aoki said. “I am in the Circle with pants on and my shirt off, and we’re wearing gloves and punching each other. What kind of grownup is that? It’s just a number.”

Nakashima was coming off an unsuccessful title challenge against the welterweight champion Kiamrian Abbasov at ONE: Inside the Matrix 2, ending his undefeated record. In his first lightweight bout, he seemed like a major threat for Aoki, but the former champion dominated their fight from start to finish.

“James has good takedown defence and good wrestling so I thought it was important to kick with a strong middle kick and show a good stance,” said Aoki. “It was tough, but I was really surprised that it was a quick submission, that’s why I feel very lucky.”

“I Learned It Well”

“Actually, at the end of 2020, I learned [the neck crank] from Mr Inoki. I practiced it, and I learned it well, so I just showed it in this fight,” Aoki said. “I have different feelings about each submission [win]. It’s hard to rank them. But in this bout, I feel it was a really good mixed martial arts performance, so at this point, it might be one of the best.”

Despite his stellar performances in his last three fights, Aoki is no longer prioritising a shot at ONE gold. The only thing that keeps him fighting is his love for the sport.

“If I get a title shot I’ll do it, but the most important thing is I want the next offer soon. I just want the next bout as soon as possible,” said Aoki. “There’s nothing much I have left to accomplish. The only thing that motivates me is that I love the sport and there is no other thing that is more stimulating than martial arts.

“There’s not really someone particular I want to face, but if it’s a Japanese fighter, I’m interested in facing [Yoshihiro ‘Sexyama’] Akiyama.”

Who should Shinya Aoki fight next?