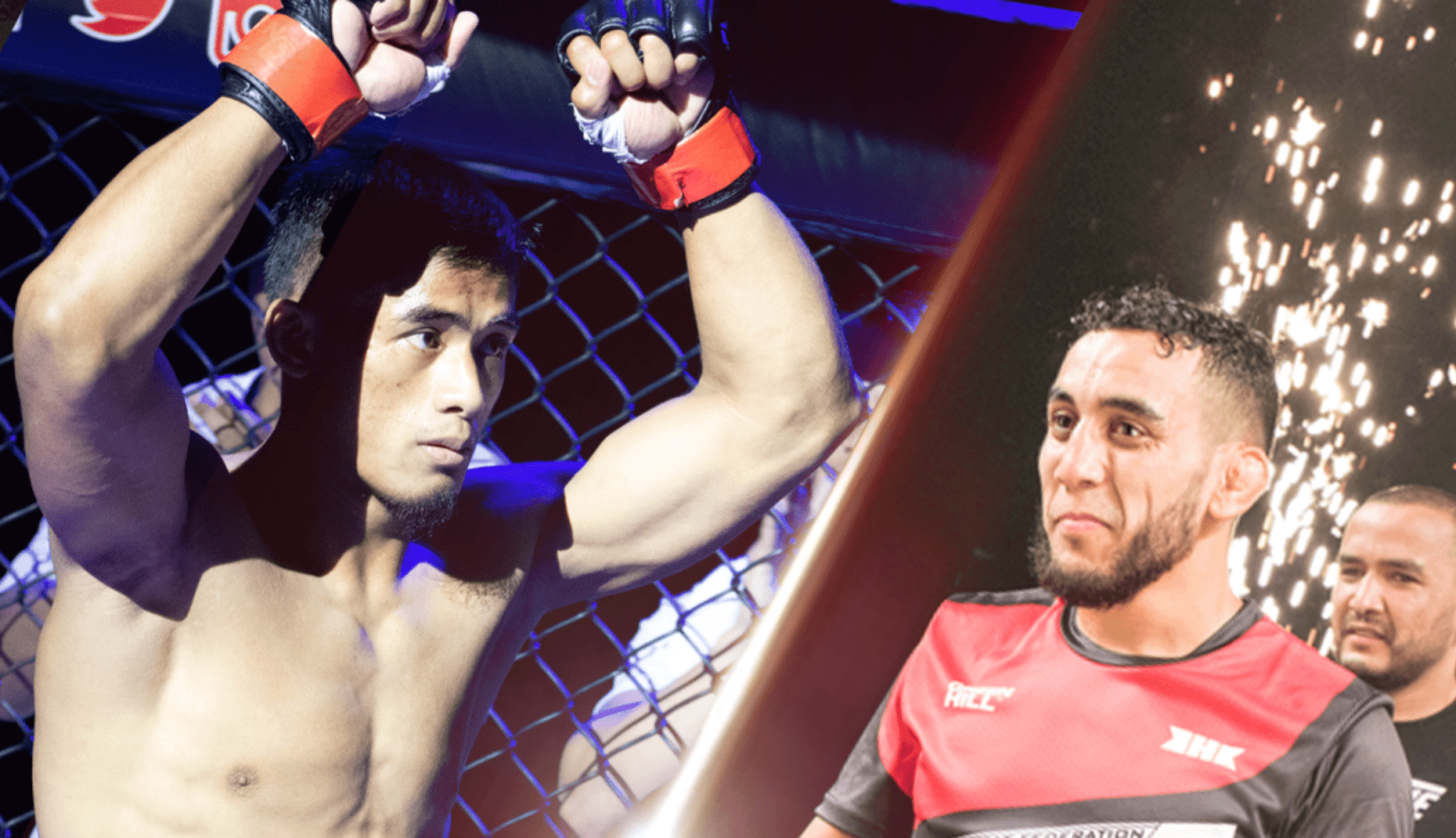 Stephen Loman vs Elias Boudegzdame is one of the most technical and intriguing match-ups in the history of Brave Combat Federation. It pitches against each other the promotion’s most dominant champion and the first man to ever win a belt under the banner.

Let’s start with the challenger. When it comes to Elias Boudegzdame, nothing is usual. One of the most outstanding aspects of the sports of Mixed Martial Arts is the almost complete lack of comfort for the fighters, given the fact that the most various types of attacks are allowed and the opponent is locked in a 30-feet cage. Conventionally, the top position on the ground is where fighters get some room to breathe and control the action. Well, with Elias, this isn’t completely true.

The former featherweight champion is a master in submissions when against his back and feels extremely confident in a position that is traditionally understood as very unfavorable. That is, by the way, how Elias got his belt back in March 2017, in Abu Dhabi. A piercing cross connected straight to the chin took the French-Algerian down and under the ground and pound of UFC-veteran Masio Fullen it was believed that that was it for him. Boudegzdame beat the odds and flipped the table, quickly transitioning to a triangle who got the Mexican locked immediately, turning him into the first ever Brave CF champion.

Elias Boudegzdame also tops up his grappling skills with great takedown defense, as showcased in his last title defense against Jakub Kowalewicz. How Elias avoided most of the takedown attempts by the Polish powerhouse for nearly 20 minutes becomes only more and more impressive over time, especially considering that Elias was never a big Featherweight – which would eventually lead to his decision to move down to Bantamweight.

Interestingly enough, this is probably the kind of challenge that the former champion will face against Stephen Loman, with the size disadvantage he used to have in the upper division being no longer an issue at 61.2kg.

Speaking of Stephen Loman, the Bantamweight world champion has this unique way to shock not only the analysts but his opponents. From his debut, early in Brave 1, back in 2016, when he beat the heavily-favorite Frans Mlambo, from SBG Ireland, in a grudge match full of action and intense moments.

Loman won the world title by knocking out Gurdarshan Mangat in Bahrain, in a lifetime performance that proved he’s ability not only to take punishment without quitting and controlling his opponents with his high-class wrestling but also sending them airborne with astonishing knockout power.

Loman’s first title defense was one of the most anticipated rematches in the history of Brave Combat Federation, rewriting the promotion’s first ever Fight of the Night. To take on Frans Mlambo one more time, Loman travelled all the way to the United Kingdom and put on, yet again, a brilliant performance to frustrate not only Mlambo but the entire local Irish crowd – which included, among others, Mlambo’s teammate Conor McGregor.

In his latest appearance, The Sniper faced one of the most dangerous strikers in Brave CF roster, Brazil’s Felipe Efrain, and, you can guess by now, exceeded the expectations one more time. In a back-and-forth match, with breathtaking moments that left fans on the edge of their seats, the Filipino managed to even things off while standing up and took the edge scoring perfectly-timed takedowns, ensuring the advantage on the judges’ scorecards after memorable 25 minutes.

On March 15, when the cage doors are closed at the Mall of Asia Arena in Manila, the Philippines, the tension will be palpable. Stephen Loman has proved before that he can knock people out and technically controls the level of the fight by having the upper hand in wrestling. However, Elias Boudegzadme showed some impressive defensive wrestling in his last appearances, even in the loss against NCAA Division-I champion Bubba Jenkins, and will be ready to submit the champion at any given time, even from the bottom.

Another captivating aspect of the bout is seeing how the mental side of the game will play its part. This is the first time that we will see Elias Boudegzdame stepping into the Brave cage coming off a loss. Will it affect his morale? Will he be less of a smiley person because of that? And all of that against a Stephen Loman in the peak of his self-confidence curve, after successive wins and title defenses.

From Loman’s side the home field advantage can also interfere in both ways, and it’s curious to observe how Team Lakay’s prodigy will react to the circumstance that has been the ruin or a key to success to many other athletes, who either thrived boosted by the support of the fans and loved ones or failed under the excruciating pressure of winning in front of a passionate crowd.

A true clash of styles pitching two of the greatest talents to ever grace Brave Combat Federation’s cage, living up to the expectations of the very first superfight in the history of the promotion.