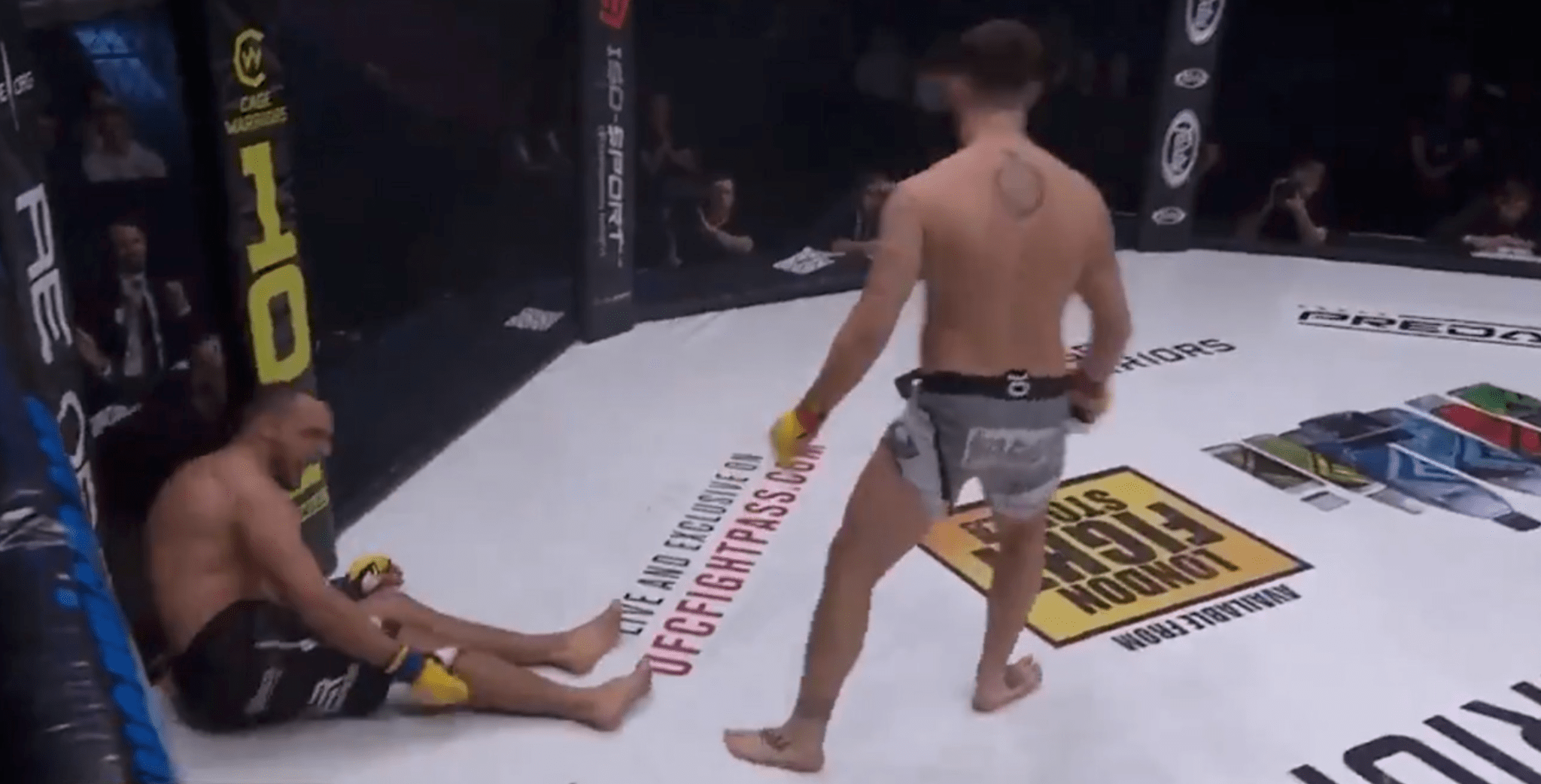 Cage Warriors 101 became the third MMA card to finish in unfortunate circumstances this weekend, after Sofiane Boukichou broke his leg in the first round against Tom Aspinall.

The brutal leg break came as a result of Aspinall blocking a leg kick from Boukichou, in a similar fashion as when Anderson Silva broke his leg when Chris Weidman blocked his kick in their second fight.

This weekend we had already seen the Bellator 215 main event end after only 15 seconds due to an accidental kick to the groin by Matt Mitrione on Sergei Kharitonov. And the Invicta 34 main event end as a result of an eye poke from Pearl Gonzalez on Vanessa Porto.