Stamp Fairtex: I Will Show That Thais Are Best In The World At Muay Thai 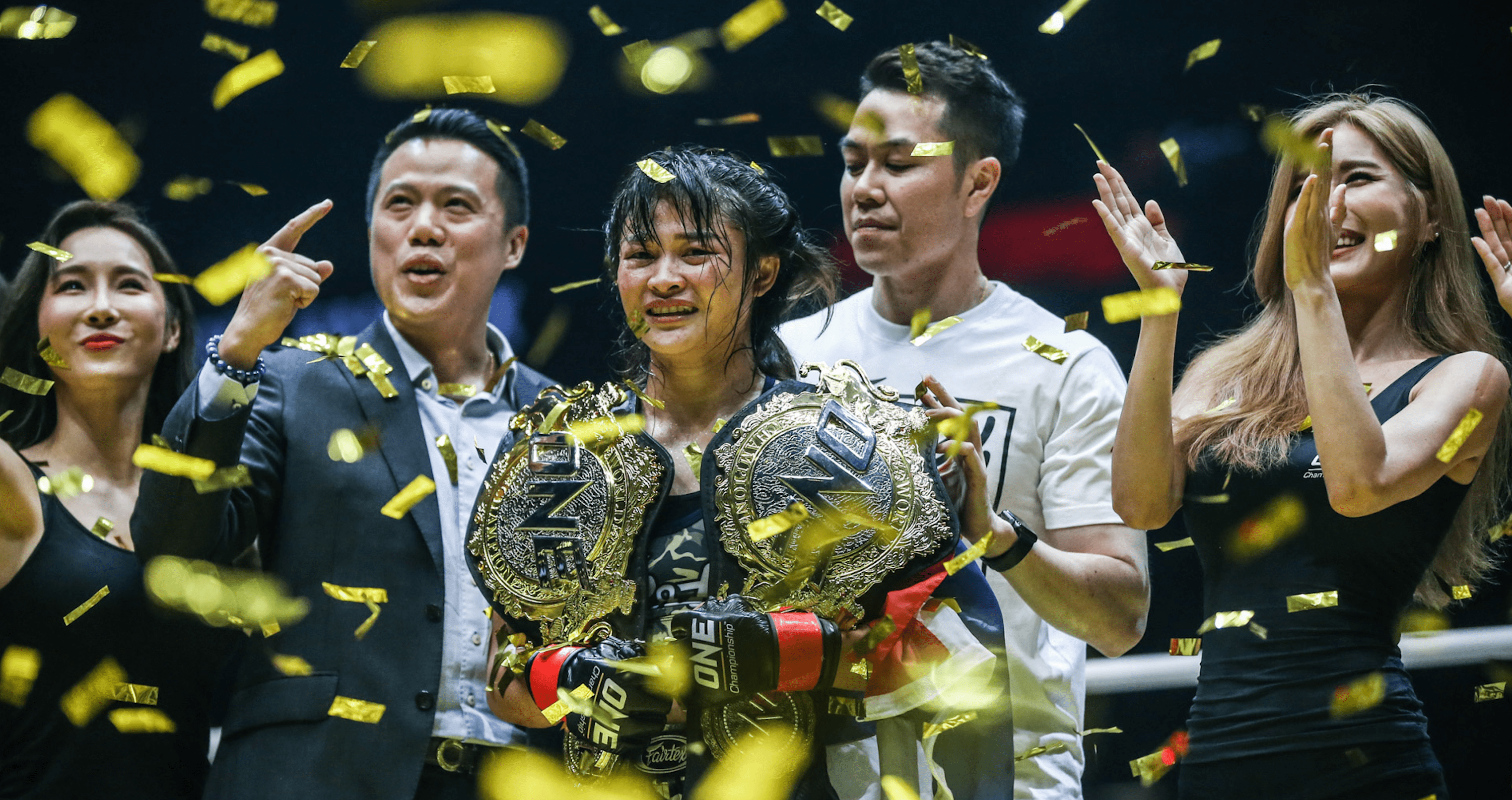 Now she is now looking to further cement her status as one of the world’s best Muay Thai practitioners when she puts her Muay Thai title on the line at ONE: LEGENDARY QUEST on June 15th in Shanghai, China.

What started as a means to defend herself from bullies, Muay Thai ultimately became Stamp’s calling. The 21-year old currently owns an impressive 62-15-5 professional record and has the distinction of becoming the first ONE athlete to hold ONE World Titles in two different sports.

In China, Stamp will be facing a fellow young rising star in promotional newcomer Alma Juniku of Australia. Stamp may have the advantage in terms of ONE experience but she knows she can’t underestimate her challenger.

“I am preparing hard for this bout, especially since it will be a title defence,” Stamp said.

“I respect Alma and I know what she can bring to the table but I also know what I am capable of and I have the utmost belief in my skills.”

A WBC and IPCC Muay Thai Champion in her own right, Juniku has competed in smaller promotions but this will be her debut on the biggest martial arts stage in the world.

Juniku, who currently holds a record of  24-4-0, is known for her timing and her proficiency in unleashing counter-attacks, which has been the main focus of the Fairtex team during their training.

“Yes, Alma is very patient in her approach and we have developed a game plan to be able to use that patience to our advantage,” Stamp explained.

“Alma has impeccable timing and her counters are indeed dangerous but I have nothing but faith in myself, my camp and my coaches, and I am confident that I can overcome a tough challenger like Alma.”

Stamp is proud to see the sport she grew up with transcend Thailand and gain popularity worldwide. Currently, there are a number of world champions and elite-level Muay Thai practitioners from all over the globe.

To test herself against the best in the world is one of the motivating factors that keeps Stamp going. At the end of the day, she believes that all her hard work and sacrifice will help her defend the title against the Australian.

“I am always happy to see other people from other countries get to excel in the sport and at the same time, I feel that it motivates us from Thailand to do even better, especially since the martial art is part of our culture and our heritage,” Stamp said.

There are a number of competitors all over the globe that can call themselves champions in Muay Thai but Stamp is out to prove that the best ones still hail from Thailand.

“Of course, we would like to show that when it comes to ‘the Art of Eight Limbs’, we are the best in the world,” she concluded.