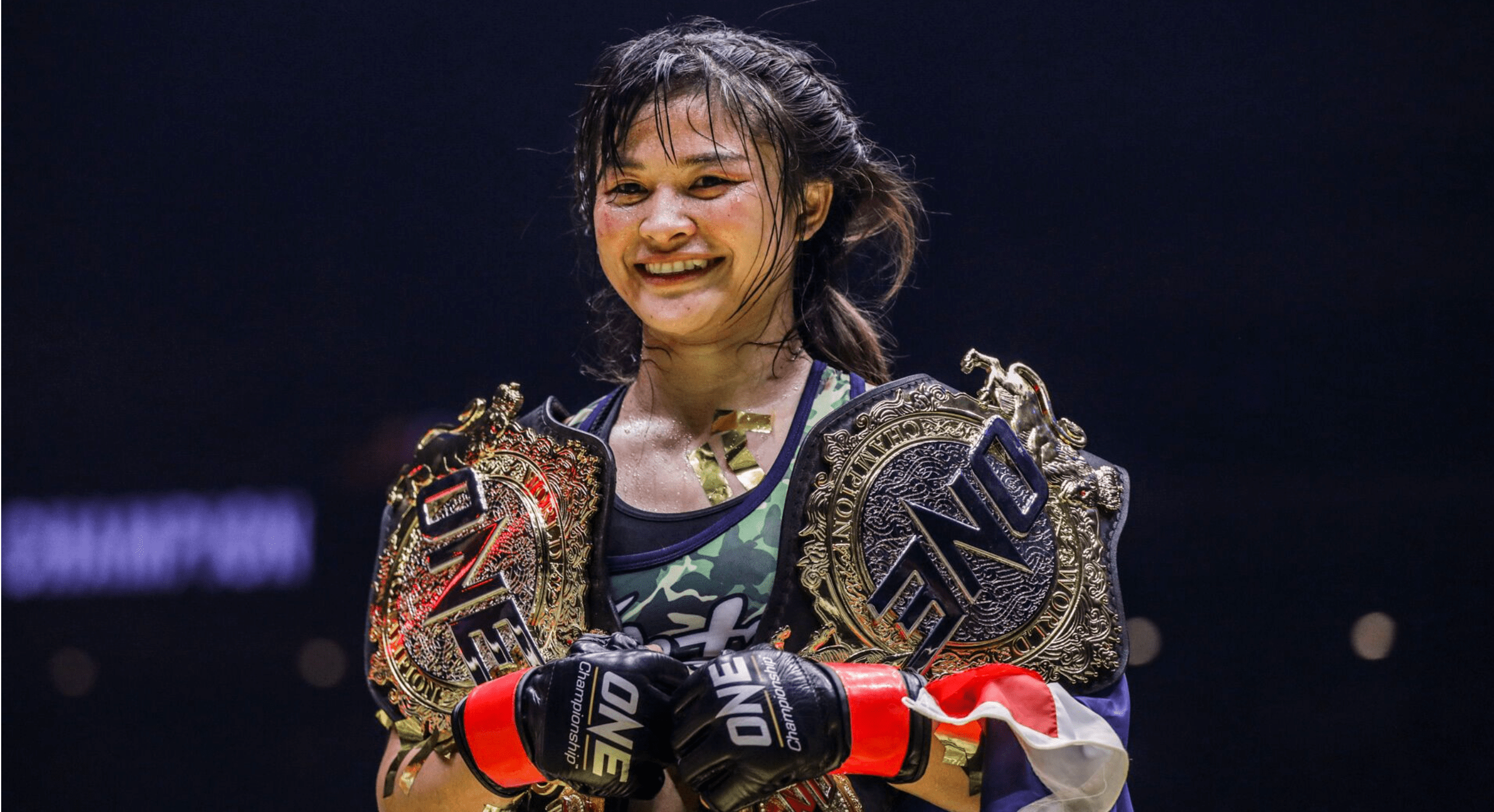 With her sights set on another world title, ONE Championship’s first-ever two-sport World Champion, Stamp Fairtex of Thailand, is focused on her mixed martial arts training in preparation for her next bout, which comes against Vietnamese-American Bi “Killer Bee” Nguyen.

The two women meet in the Circle on the main card of ONE: MASTERS OF FATE, set for November 8th at Mall of Asia Arena in Manila, Philippines.

The 22-year-old Stamp is coming off a victory against India’s Asha Roka last August at home in Bangkok. In that bout, she displayed and surprised fans with her superb grappling skills, successful takedowns, and ground control. She ultimately defeated Roka using a well-executed rear-naked choke.

Stamp has been working hard to put forth another excellent showing.

“For this fight, I am almost where I want to be,” Stamp said.

“I’ve been focusing more on my MMA training, wrestling, and Brazilian Jiu-Jitsu game to complete this camp. MMA is a tricky sport, and there’s so much to study. But I’m willing to put in the work. I’m serious about pursuing another World Title.”

Focused on attaining victory and continuing her pursuit of the mixed martial arts World Title, Stamp gets better each day and says the results of her training will show in Manila.

“As always, I will do my best to win,” Stamp said.

“I get better with each fight and I learn a lot about myself. I’m always working hard in training to improve my skills. Let’s see how far I can go.”

Standing in the way of Stamp’s journey to becoming a three-sport world champion is another strong woman who has triumphed in the ring and in life’s adversities.

Like Stamp, Nguyen also has her sights set on the ONE Women’s Atomweight World Title, and she hopes to use it to help empower women around the world.

“Bi is a strong opponent,” Stamp said. “She’s a great test because she’s a good fighter overall. I’ve watched a lot of her fights and she likes to pressure opponents and doesn’t stop coming forward. She’s a very aggressive fighter, which is her strength. But she does tend to leave herself open a lot maybe due to a lack of experience.”