Stamp Fairtex Is Happy To Be Role Model 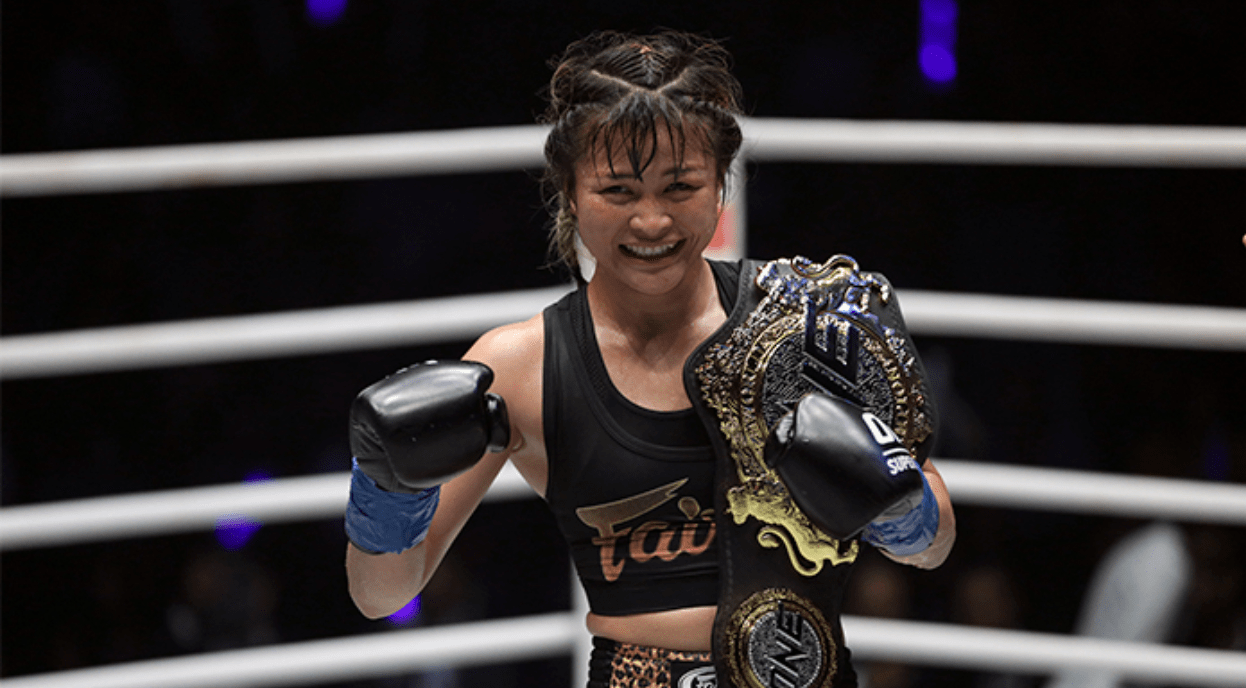 Without knowing it, Stamp Fairtex’s time inside the ONE Super Series arena has inspired both children and women to take up martial arts as a form of exercise, self-defense, and as a profession. It’s an honor and privilege that comes with being a World Champion.

Stamp was born and raised in Rayong, Thailand and as a small child she was a target for bullies and usually came home with bruises. So she one day decided to learn Muay Thai as a form of self-defence.

Falling in love with the sport at the young age of five, Stamp began to compete shortly after honing her skills as a young girl. Today, she is the reigning ONE Atomweight Kickboxing World Champion and stands as a beacon of hope, continuously proving that women have a place in the male dominated world of combat sports.

“I was the only girl in my village’s boxing gym” Stamp said.

“People thought the boxing ring was sacred and only men should enter it because women should be in school studying.”

Stamp has competed over 80 times and has won multiple titles while she was still studying. She has an entire career ahead of her and more accomplishments to come. But Stamp is glad to be a part of the female movement in Muay Thai globally.

Today, more women are being recognized for their skills in Muay Thai around the world. It’s something that Stamp is incredibly proud of.

“As more women began to compete, people’s perception began to change” Stamp said. “They see now that women can compete in Muay Thai.”

The 21-year-old aims to set an example for everyone that it only takes the right attitude and mindset to achieve one’s goals.

“I think I’ve set a good example for women in the sport,” Stamp said. “I showed them they must work hard, train hard and be patient.”

On 22 February, Stamp faces off against the United States’ Janet Todd for the inaugural ONE Atomweight Muay World Thai Title, at ONE: CALL TO GREATNESS. If she is able to emerge victorious, Stamp could become the first ONE athlete to hold World Titles in different sports.

It’s a lofty achievement that could cement her greatness, even at such a young age. Win or lose however, Stamp is, above all, happy that she can give others a glimmer of hope for a brighter future.

“I’m happy that I can be a role model to kids and other women” Stamp concluded.