Stamp Fairtex On Alma Juniku: She Can Be One Of The Greatest 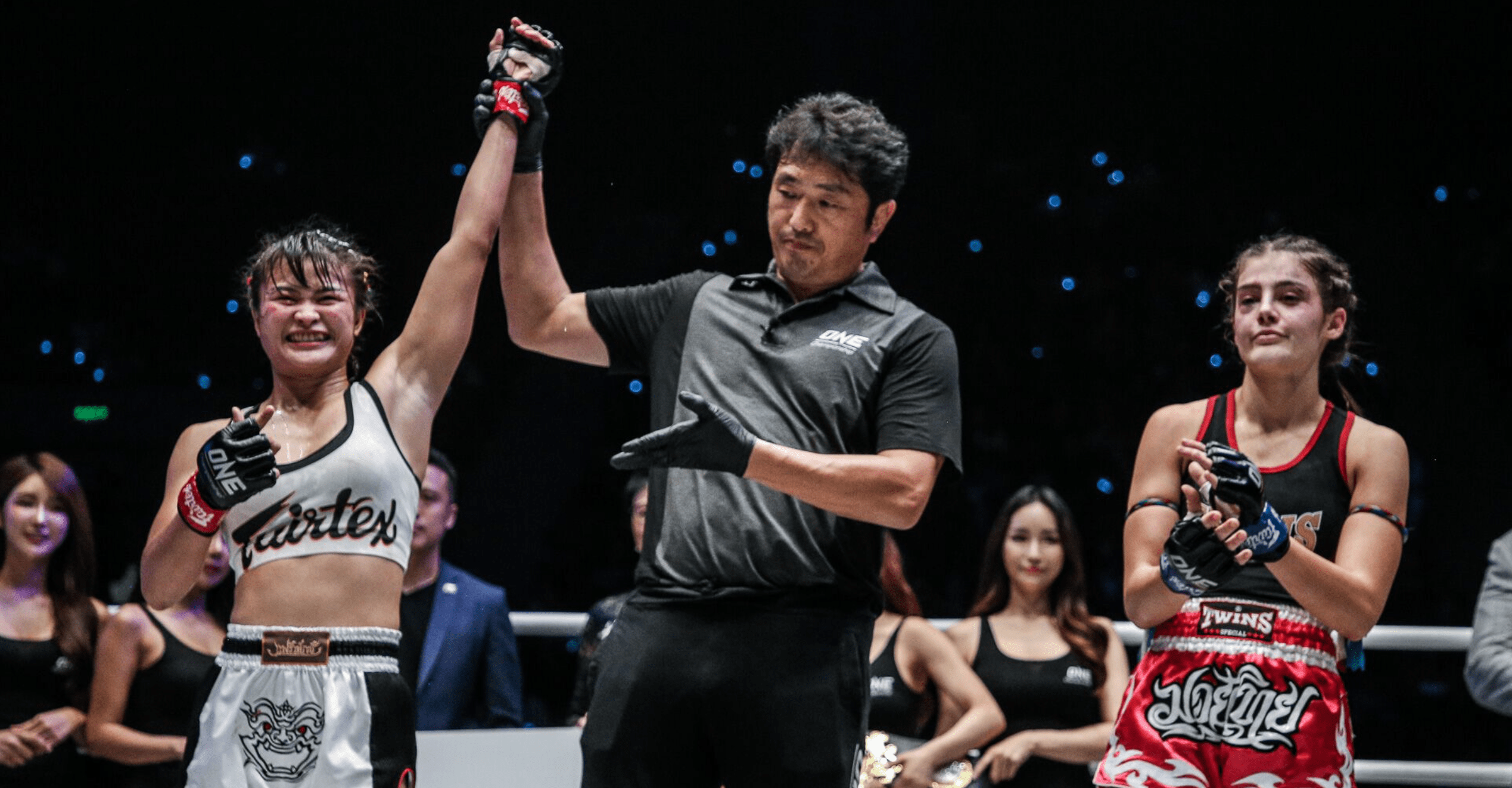 Two-sport world champion Stamp Fairtex has competed against some of the best athletes in ONE Championship’s ONE Super Series, but the main event of ONE: LEGENDARY QUEST with ONE debutant Alma Juniku has left her with quite a lasting impression.

The reigning ONE Atomweight Muay Thai World Champion may have possibly had the toughest bout of her career on the evening of June 15th at the Baoshan Arena in Shanghai, China.

She found herself facing an opponent who was able to stand toe-to-toe with her for the entire duration of the match and even exchanged shots inside the clinch.

If you ask Stamp however, she’s not the least bit shocked at how well Juniku performed.

“I was not really that surprised knowing how skilled she was, after all, she held two championship belts at the young age of 18,” Stamp said.

The Australian WBC and IPCC Muay Thai Champion displayed heart, also skill proving that age is not a factor inside the ring.

Juniku was able to flit in and out, landing punches and kicks as she ran circles around the Thai warrior.

In every clinch situation, the battle was close, and it was hard to determine who landed the more significant strikes. Stamp, however, did not want to leave matters in a gray area. She began to build her confidence with every round, growing more accurate with her strikes as the bout wore on.

“Every round I shared with Alma in that ring gave me more confidence,” Stamp said.

“Confidence that gave me the focus and energy to get that competitive edge for the entire match. She did great in the clinch but I believe I was able to get more strikes.”

In the end, all three judges scored the bout in favor of the Thai warrioress. But despite the victory, Stamp was all praises for her fallen foe.

The performance from the 18-year-old Australian has definitely impressed Stamp who confidently said that young Juniku can be one of the greatest Muay Thai athletes to grace any ring.

“She has the potential to be one of the greatest if she continues to improve herself,” Stamp concluded.


You can see the highlights of ONE: Legendary Quest, here.