Stamp Fairtex Opens Up On How She Deals With Stress 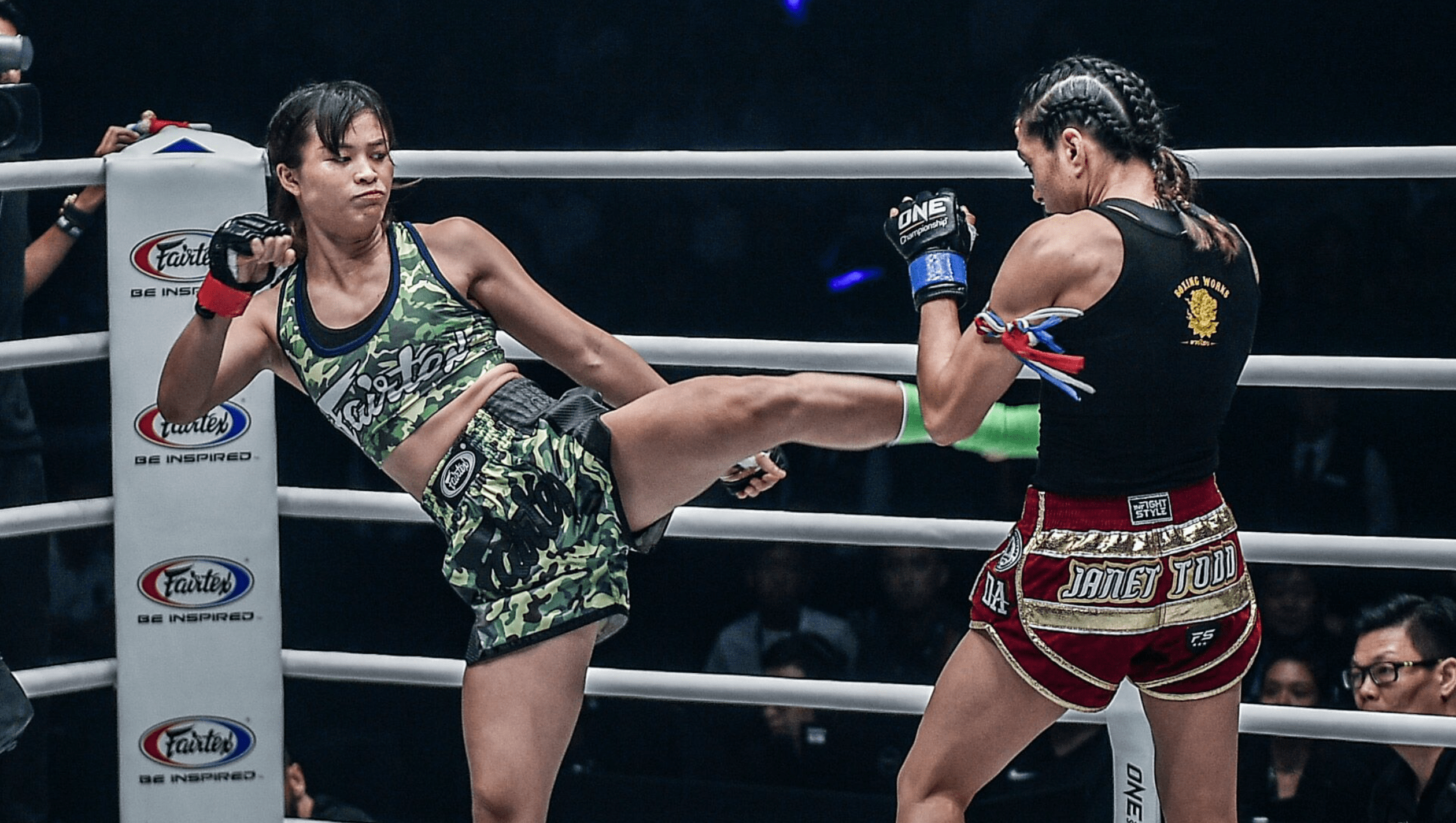 Former two-sport world champion Stamp Fairtex, has been nothing but an inspiration both inside and outside the ring. However success hasn’t come without difficulties for the young Thai star to overcome.

Stamp lost her ONE atomweight kickboxing world title five weeks ago to Janet Todd at ONE: King Of The Jungle, but has promised to regain the title.

And while Stamp admits that the positives outweigh the negatives, she still has her bad days like, like the rest of us, in which her duties wear her down.

“When I feel discouraged, everything gets to me – every little thing makes me feel sad and upset, but you have to be there for yourself and encourage yourself. Often, I get discouraged just because I am so tired. Sometimes it’s just normal and I can take it, other times even just the littlest thing will make me cry,” Stamp told ONE Championship.

“It is usually never one thing that makes me feel discouraged, but just many things that I let build up inside. Then all of a sudden, I just don’t feel okay anymore and I just want to cry so I can let go of all of my feelings.”

Stamp not only aims to win back her kickboxing title but has also set her heart on winning the ONE atomweight mixed martial arts title, currently held by Angela Lee. And if they weren’t big enough goals, the Fairtex star plans to keep defending her ONE atomweight Muay Thai title. Which the 22 year old says isn’t easy.

“Defending my titles is harder than winning them because it requires us to practice even harder than before. We’ve got to study more and keep learning. It makes us become more diligent in more ways than one,” said the Thai star.

Stamp and her team manage to stay positive with clear goals ahead of them. When things get rough, the Rayong native reminds herself of her roots and how far along she has come. From a small family that earned a modest living through fruit farming to a world champion.

Stamp’s path as a warrior have improved not only her life but that of her family’s as well. It is her family gives her her greatest motivation to maintain a positive attitude and give it all in pursuit of glory.

“It can be difficult, but I have to overcome this and keep going. I often stop to ask myself why am I doing this? If it is so difficult and tiring, why should I make myself struggle? But the answer is always my family. I want my parents to be comfortable financially and make them proud.

What would you like to see Stamp Fairtex do next, defend her ONE atomweight Muay Thai title, rematch Janet Todd for the ONE atomweight Kickboxing title or face a top contender in mixed martial arts?