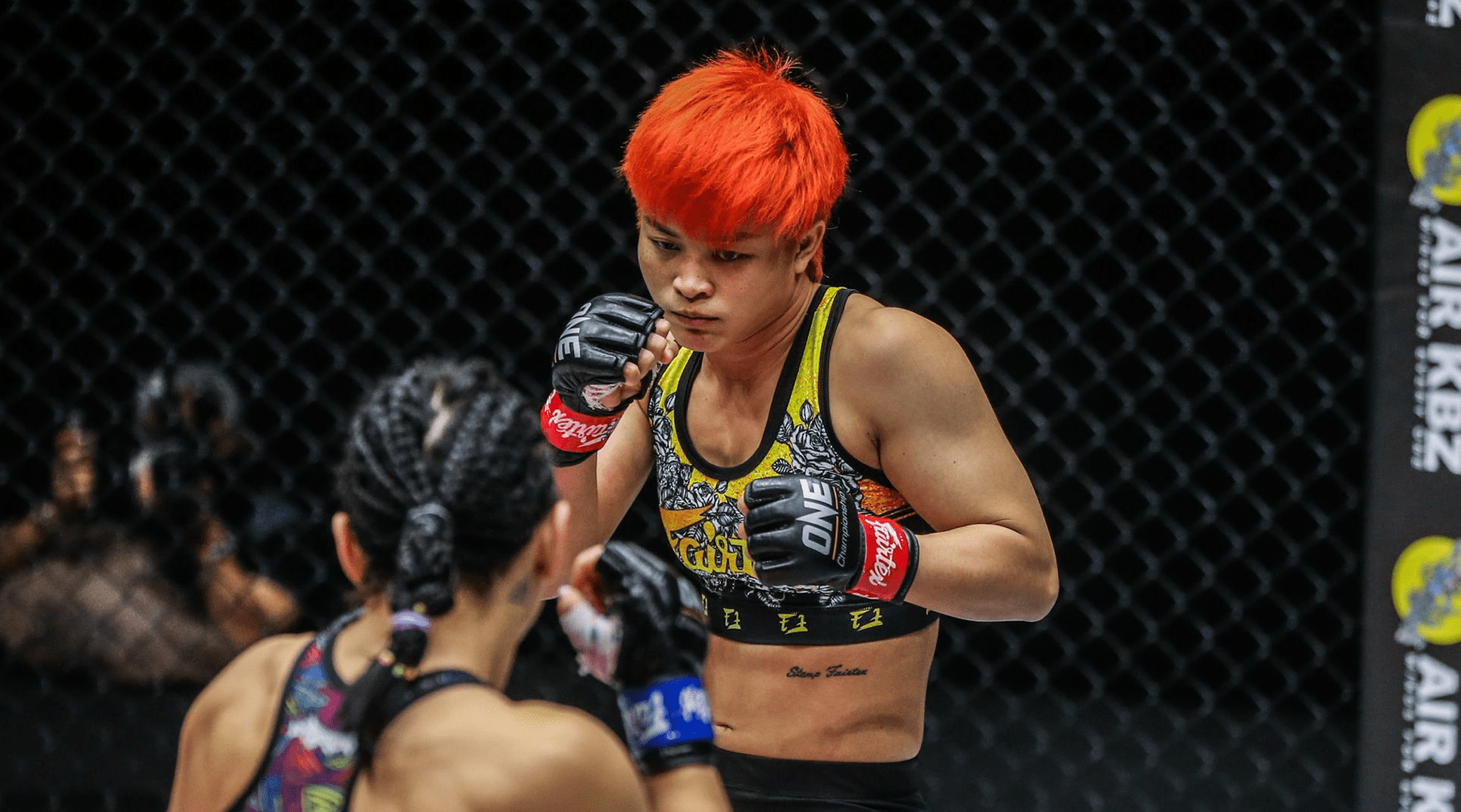 This past Friday, ONE: Unbreakable 3 saw Stamp Fairtex suffer her first loss in mixed martial arts competition. Despite dominating the vast majority of her fight against Alyona Rassohyna, she was deemed to tap out to a Hail Mary guillotine choke in the waning seconds of the atomweight bout.

“I Won Every Round”

At the time, the former two-sport ONE Super Series champion was adamant that she did not tap. In an exclusive interview with Asian Persuasion MMA however, Stamp said that she understands why referee Olivier Coste stopped the fight.

“I didn’t think the fight ended,” said Stamp. “But I was moving my arm above my opponent. I got stuck on her elbow. When the video came out, I understood [why] the referee [stopped the fight].

“I’m really sad because I won every round. I understood the referee because he wanted to save [me].”

Initially, Stamp believed that her fight had ended and that it was going to the scorecards. However, this wasn’t the case and it was actually Coste stopping the fight.

“I thought the fight was over,” Stamp said. “At the time, I didn’t think that I tapped. When the referee broke us up, I thought that time was up and I won. So I got up and celebrated.”

While she was in Rassohyna’s choke, Stamp felt that she wasn’t in any danger.

“I was okay because I was defending her choke,” said Stamp. “I could breathe. So I wasn’t afraid of anything. All I did was use my hands to push against her face.”

“I Could Knock Her Out Fast”

Reflecting on how the fight played out, the 23-year-old would rely more on her striking if given the chance of a rematch. After all, Muay Thai has always been Stamp’s bread and butter.

“I want to redo it,” the Fairtex representative said. “If I punched and used combos, I could knock her out fast.”

Looking back, Stamp wishes that referee Coste would have checked on her more closely prior to stopping the fight.

“I want the referee to check my face because I’m okay,” said Stamp. “I wasn’t dying or anything.”

“I Want To Rematch”

Although the fight didn’t end the way she’d hoped, Stamp felt that there were some improvements she’d made as an MMA fighter. One of the most important lessons she learned was to take every opportunity to finish her opponent.

“I learned about my ground game,” Stamp said. “I know what is my skill level now. I learned that if I can finish an opponent, I need to do it.”

Given the fashion in which she lost, Stamp is already eager for a rematch with Rassohyna, ideally in the upcoming ONE Atomweight World Grand Prix.

She is also ready to take the fight whenever ONE gives her the call.

“That’s up to ONE Championship because I’m ready,” Stamp said. “My heart is always ready. I’m hungry to win.”

Would you like to see Stamp Fairtex get an immediate rematch against Alyona Rassohyna?