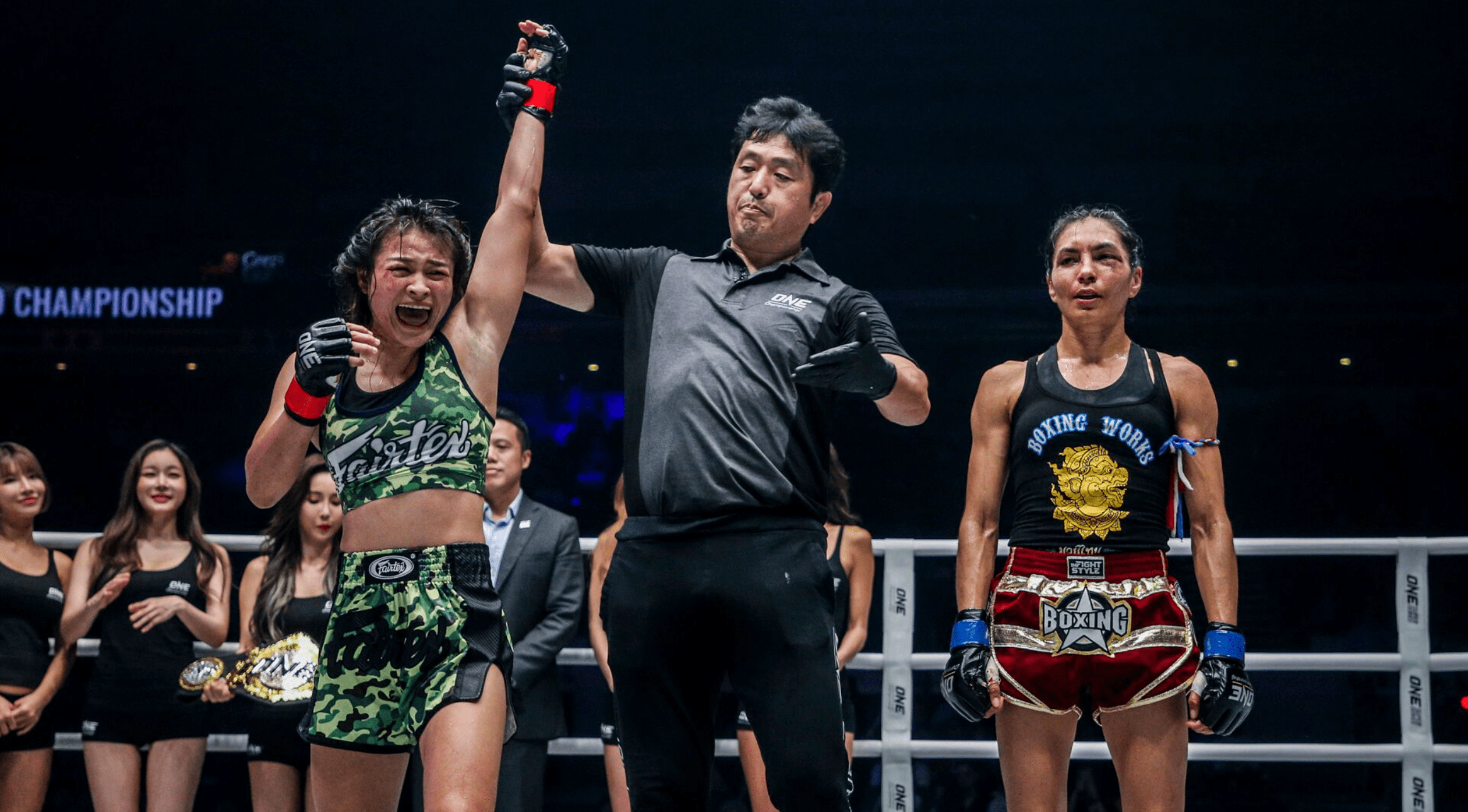 ONE Championship’s only two-sport champion Stamp Fairtex continues her hunt for a third world championship at ONE: Masters Of Fate, when she will meet Bi Nguyen in an atomweight mixed martial arts match. A big performance could position her in title contention against the reigning title-holder Angela Lee.

But before facing the Vietnamese-American athlete, Stamp recalls how she performed well in her previous bout, which not only earned the victory but also impressed the fans with her ground game.

“I was one hundred percent ready for my last fight, and I really felt like I won over the hearts of the viewers with my performance, I hope that everyone continues to follow and support me. I will be bringing my very best!” an ecstatic Stamp told ONE Championship.

Putting the last win behind her, the ONE Kickboxing and Muay Thai Atomweight World Champion looks forward for the showdown with the ”Killer Bee”, which she believes will bring out the best out of her.

“This fight will definitely be harder than my last because my opponent is better and stronger than the last person I faced, I am happy about this though, because I think it will let me show my potential better than before.”

But despite a tougher assignment next week, Stamp believes that she has all the tools available to add a defeat on Nguyen’s professional record.

“I think I can beat her, but I will only determine the way I’m going to win once I’m inside the cage,” she said.

“I think this fight, you are going to see a lot more stand-up. Both my opponent and I come from Muay Thai backgrounds – it is going to be exciting,”

She also shares a piece of her game plan to try and neutralize the Vietnamese athlete from walking out of the Mall of Asia Arena triumphant.

“She’s really tough and will be walking forward the whole fight. I am going to try to stand my ground and not back up. Fans can expect a really exciting performance from me. I am ready to trade and want to make this as fun as possible.”

Lastly, Stamp Fairtex talked about the ultimate dream she has, but acknowledges that achieving it will not be a walk in the park.

“It is my dream and my goal to become a three-time World Champion with ONE Championship, it isn’t going to be easy – not at all. I’m going to have to continue to defend my other two belts while trying to contend for a third, but I will try my very best.”

ONE: Masters Of Fate goes down on November 8th at the Mall Of Asia Arena, in Manila, Philippines. In the main event, Joshua Pacio will defend his strawweight title against his fellow Filipino, Rene Catalan.