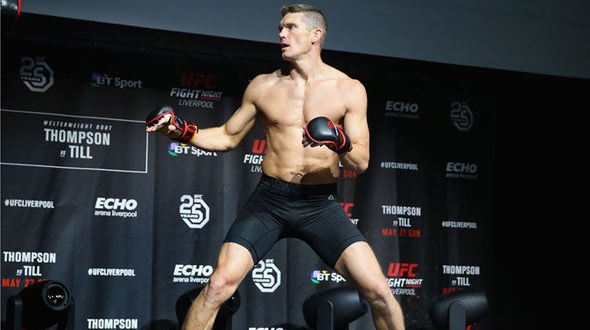 Stephen Thompson has responded to Anthony Pettis’ Instagram post yesterday, in which the former lightweight champion called him out.

For the fans! If @showtimepettis wants to come try out 170 y’all know I’m ready. We both got highlight reels, let’s do it!

In his own in Instagram post, ‘Wonderboy’ responded by saying “let’s do it!”. Stephen Thompson has been looking for someone to fight for several months now. He was hoping to land the fight with Robbie Lawler but UFC new signing Ben Askren got that match up.

‘Showtime’, who is coming off of one of the best fights of 2018, a bloody loss to Tony Ferguson, has never fought at welterweight before.

Heard somebody is looking for a fight. What you guys think? Take my talents to WW and take on the boy? Comment ?? let me know if y’all get excited for this one #showtime #lovethis #forthefans #teampettis

As Thompson points out, it would be one ‘for the fans’, with both having ‘highlight reels’ but there are good match ups for both men within their own divisions. Thompson vs Santiago Ponzinibbio and Pettis vs Dan Hooker would be especially fun ones!