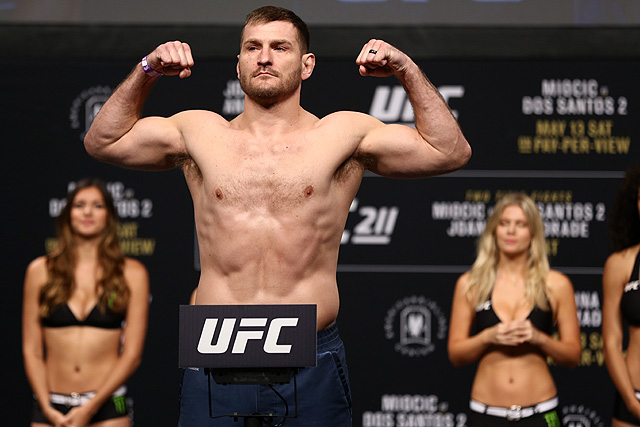 The disrespect! Stipe Miocic welcomed the former UFC Light Heavyweight Champion back to the heavyweight division last year, in a champion versus champion fight. On the night, Daniel Cormier got the better of Stipe, finishing him without much of a fuss. And just like that, one of the greatest heavyweight champions in UFC history lost his bargaining chip.

Since then, Miocic has been lobbying for a rematch, while Cormier has been toying with the idea of calling it a day. DC was then expected to fight Brock Lesnar, before fighting Derrick Lewis. All the while, Stipe Miocic was left to rue his decision to willingly give Daniel Cormier a crack at the gold.

More recently, DC took to Twitter to reveal the reasons why he did not want to fight Stipe. ‘Entitled’ was what Cormier accused Stipe of, saying he felt the former heavyweight champion did not deserve an immediate rematch. And now, Stipe has heard enough.

“[DC] my entitled ass offered to fight you at UFC230 on Nov 3 at MSG. You fought Lewis, while I was fighting fires.”

Cormier is expected to retire this year, and wants to fight twice more — one of those preferably against Brock Lesnar. And it looks like Stipe Miocic might have to wait in line to fight for the title again.