Team Oliveira Want The Winner Of Poirier vs McGregor, Not Gaethje 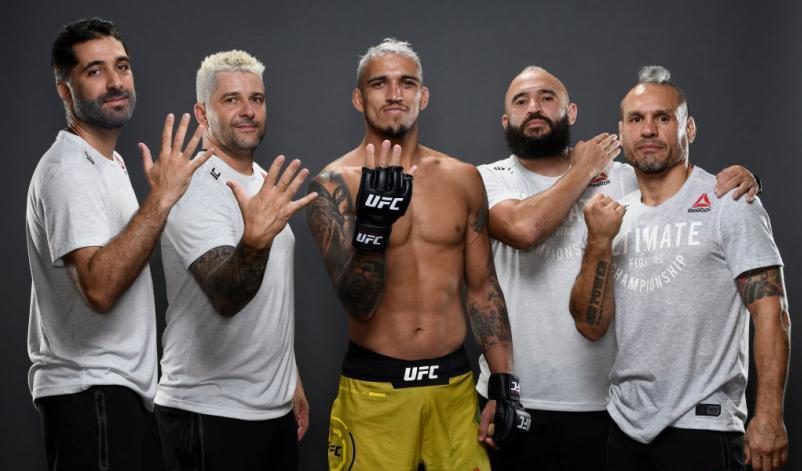 With a dominant win over Tony Ferguson at UFC 256, Charles Oliveira has made a strong case for the next shot at the lightweight title.

Oliveira dominated Ferguson in all departments last month, cruising to a decision victory, and has since been campaigning for a title fight against the winner of the Dustin Poirier vs Conor McGregor main event at UFC 257. The UFC however, has different plans.

During a Q&A on ESPN earlier this week, Dana White said that the promotion is planning a fight between Oliveira and the former UFC interim lightweight champion, Justin Gaethje. ‘Do Bronx’s’ team however, is hoping for something more fruitful.

Speaking to MMA Fighting, Oliveira’s manager and coach Diego Lima said that with an eight fight win streak, and recent impressive performances against Ferguson and Kevin Lee, his fighter deserves to compete for the title.

“I honestly think he deserves to go straight for the belt,” Lima said. “He’s coming off eight wins in a row, beat Kevin Lee in great fashion and then dominated Ferguson all around. And Ferguson is one of the best of the division, won twelve straight before losing a title fight. So I think Charles is ready and has enough credibility to fight for the belt.”

As well as a title shot, Lima says his man also deserves bigger paydays, as Oliveira continues to break records within the promotion.

“We absolutely want to renew the contract and book Charles’ next fight – and God willing, it will be for the belt,” Lima stated. “The position he is [in] right now, the amount of wins he has, what he’s done in his last fight, I think he deserves an upgrade in his purse. It’s more than deserving. Not only for his position in the ranking, but also his history in the organisation.

“Most bonuses, most finishes, most submissions… He might break two or three records in his next fights. All that, plus his win over Ferguson, will be very important when we renew the contract.”

Gaethje is coming off a second round submission loss to the champion Khabib Nurmagomedov at UFC 254, and Lima believes it doesn’t make sense for Oliveira to fight him.

“With all due respect, Khabib ran over [Gaethje]. That must count, and a lot,” Lima said. “I believe Charles’ next fight has to be for the belt against the winner of Poirier and McGregor, not Justin Gaethje. But we know this fight between Poirier and McGregor involves a lot of things. We know that Poirier winning means one thing, and McGregor winning changes the whole scenario. I think there’s a lot at stake in this fight.”

Despite losing to Khabib, Gaethje is still ranked number one at lightweight, and is a formidable challenge to anyone in the 155lbs division. If Oliveira doesn’t get his desired fight with either Poirier or McGregor, Lima says his man is open to fighting ‘The Highlight’.

“Justin is a tough opponent and I think tough opponents make good fights, like we saw in Charles against Kevin Lee and Ferguson,” Lima insisted. “Charles is ready to win against anyone in the division. Everybody knows Charles’ ground game already, everybody can see his evolution in the wrestling and on the feet.

“With all due respect to Gaethje, a tough guy, I see Charles winning in all areas. If this fight gets booked, we’ll study Gaethje’s game hard and go for the win.”

Who do you think Charles Oliveira should fight next, Justin Gaethje or the winner of Dustin Poirier vs Conor McGregor?